Nick Hornby is the author of several hugely popular novels, including High Fidelity and About a Boy, as well as books about literature and popular music. His new book is Dickens and Prince: A Particular Kind of Genius. Recently Observer executive editor James Ledbetter interviewed Hornby; this transcript has been edited for length and clarity.

Observer: I’m going to guess that most readers have never made a connection between Charles Dickens and Prince. I’m curious: in your own head, where did this idea come from?

Nick Hornby: It came when that Sign o’ the Times box set was released, and reading about how Prince used to be working on three different records. And it just came into my head that Dickens used to write more than one novel at the same time. Then it sort of made me smile, the thought of Dickens and Prince connected in that way. I carried on thinking about it. And there were some other things that were interesting to me: their lifespan—both dead before they were 60—the amazing output, the childhood poverty. And I thought, ‘Oh, maybe there is something here.’

Is there any evidence that Prince was a Dickens fan?

Not that I’ve come across. 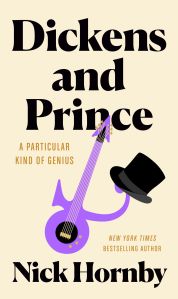 I think that both of them suffered from it in their lifetimes. As I mention in the book, I was astonished that Bleak House couldn’t buy a review, pretty much. The meaning of Dickens has changed many times. He was trashed, he went through a reputational dip for sure, but now he’s completely cemented as certainly our greatest novelist in England, I think. But producing a lot means, the excitement when something else comes along, six months after the last thing came along…there is a sense in which you maintain excitement by not giving the public anything. But, these guys couldn’t do that. And the Prince albums that came and went, people just stopped paying any attention at all. I’ve been very surprised to find out that there are amazing songs buried amidst those albums. And given that we don’t listen to albums all the way through anymore anyway, it’s a good time to plow through and discover what else there was in Prince’s work.

You touch on something that you discuss in the book that’s so interesting to me, this idea of perfectionism. I think that people who are familiar with Prince’s methods might think of him as a perfectionist. But I think your point is, that’s not quite the right word for him. He wanted absolute mastery over every aspect of production, but that’s different from perfectionism. And I’d love for you to discuss that distinction.

As his engineer Susan Rogers said, he didn’t have the time for perfectionism. He had so many musical ideas that—even though he wanted to control how something sounded and how it was released and produced—it was always on with the next, on with the next, on with the next. I think that the cost to him was that there was no other life. Looking at both of them there are obvious costs, but I think to have that brain working every single day with no off switch for both Prince and Dickens must have been a terrible torment.

In the case of Dickens, that “next thing, next thing” was at least at times economically driven.

Many Dickens readers today will know that his novels, although we read them as a whole today, were published serially. Can you talk a little bit about how that affected his work and how that compares or doesn’t compare to Prince?

I think it’s quite clear from reading Dickens that there were ways of telling those stories with fewer words for sure. There’s a fantastic little section in David Copperfield where I think he’s selling his jacket to raise some money. And he could have gone into the shop and come out with sixpence or whatever in his hand. But there are these two pages of this terrifying guy who we never have never met before, will never meet again. But the pure joy of writing it also gives an, of course, extra substance for serialization. I think he always wanted to provide a solid chunk each month, and if that meant an interesting minor character that he could run with, then he would do it. It’s kind of the opposite of how writing schools tell you to write, which is to take it all out, take it all out, take it all out. I think the joy of leaving it all in is something we’ve all benefited from. For me, Hard Times is Dickens’s least enjoyable book, and it’s easily the shortest.

One of the things you talk about is that the audience for a Victorian novel, both because of expense and literacy rates, was pretty small. But the magazines, such as Bentley’s Miscellany, allowed him a much bigger audience.

Extraordinary sized audience. There were scores of thousands of people reading those things every month. You get the sense that basically anyone who was literate read Dickens. He had this incredibly popular touch. People seemed to completely understand where he was coming from and identify with him as a writer.

In the book, you draw a parallel to Prince and MTV. Can you talk about that a little bit?

At one time Prince was struggling a little bit with the public persona, he could be so awkward on television and in interviews. There are all kinds of excruciating interviews you can find on the internet where he’s refusing to speak, or he is answering monosyllabically. Suddenly he could present himself in these videos, beaming right into teenagers’ bedrooms.

I think one distinction that most readers would draw is, we associate Dickens with advocacy for social reform: Poverty prisons, antiquated laws, antiquated institutions, and the struggle against them. It’s not obvious that Prince was engaged with the same type of material.

It is in the work sometimes. “Sign o’ the Times” is kind of a protest song or a very bitter observation of what’s going on. There’s a great song called “Baltimore,” which is (inspired by) the Freddie Gray murder. I think that the real point of contact that interests me is the abundance of work, the need to work, and the connection with an enormous popular audience.

Dickens has from the get-go always been very popular, but as we were discussing before there was a time when he was kind of relegated to a second tier. The literary critic F.R. Leavis in the mid 20th century said that he was more of an entertainer than a great novelist. I’m curious to know your thoughts about that relationship between entertainment and kind of great literature.

The cynical side of me thinks everything that survives and then becomes old becomes great literature. And that’s one of the things that’s happened to Dickens. I quote George Orwell saying that he was convinced David Copperfield had been written by a child. When you think about how we are convinced that it was written by a great and rather difficult novelist, you can see how far we’ve come in terms of what we expect from prose and fiction and direct communication. Setting that on one side, I don’t get the thing about entertainment versus great literature at all. I think that P.G. Wodehouse is a great writer, and he wrote 96 books, I think, in his lifetime and all to entertain people.

Leaving Prince to one side, do you think that in today’s English language literature that Dickens has an obvious heir? It’s not you, no offense.

No, it’s not me. It’s very hard to find those combinations, of proper humor and proper darkness. I couldn’t think of anyone.

Do you have more fun writing novels or writing about music and literature?

I find writing about music and literature easier, because it’s a form of adaptation. I’ve written a few movie adaptations. Someone’s done something for you. Once I’ve had the idea of Dickens and Prince and I’m starting to burrow, then the hard work is in the thinking rather than the writing. But I think with fiction, the hard work is both. 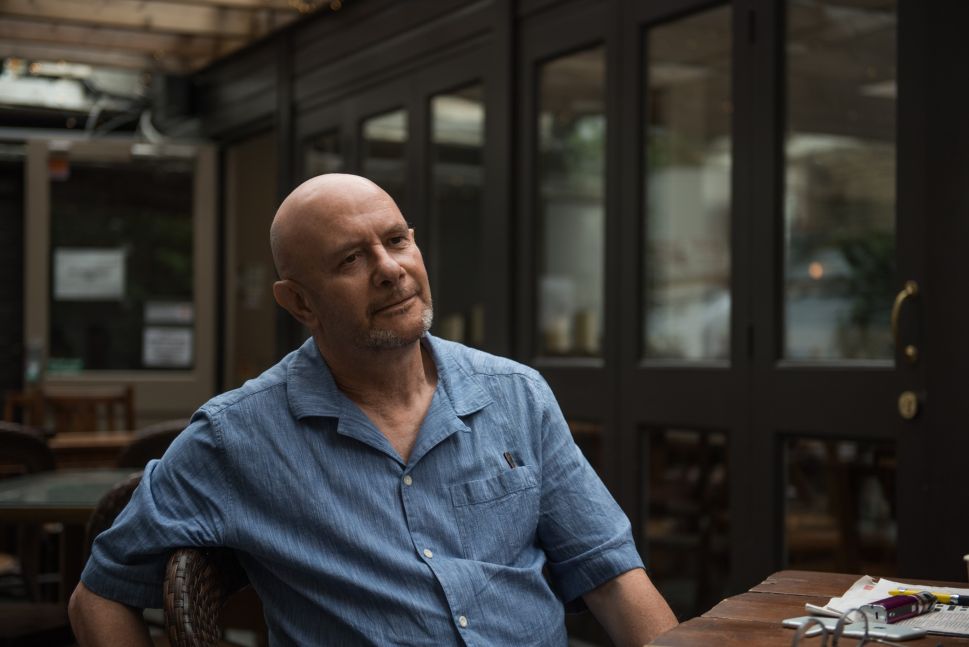