Elon Musk is “the bravest, most creative person on the planet,” he said. “He just spent all this money for democracy and society to have a more open platform — and I am sympathetic to that.”

The DealBook Summit is a day-long forum featuring business and political leaders. Speakers include Hastings, Meta CEO Mark Zuckerberg, FTX founder Sam Bankman-Fried and Ukraine president Volodymyr Zelenskyy. In Hastings’ 30-minute talk, he admitted Netflix was late to the game in introducing its ad-supported tier, and he said he regrets not buying Wordle, which the New York Times bought in January (perhaps serving up some praise at his hosts). But he also spent time complimenting the other speakers.

“I’m one hundred percent convinced he’s trying to help the world in all his endeavors,” Hastings said of Musk. Musk appeared touched, tweeting in response, “Wow, thank you for the kind words.”

Hastings reportedly added that Andy Jassy, Amazon CEO, is an “incredible, long-term thinker,” and said, “I wouldn’t bet against him,” referring to Zuckerberg. 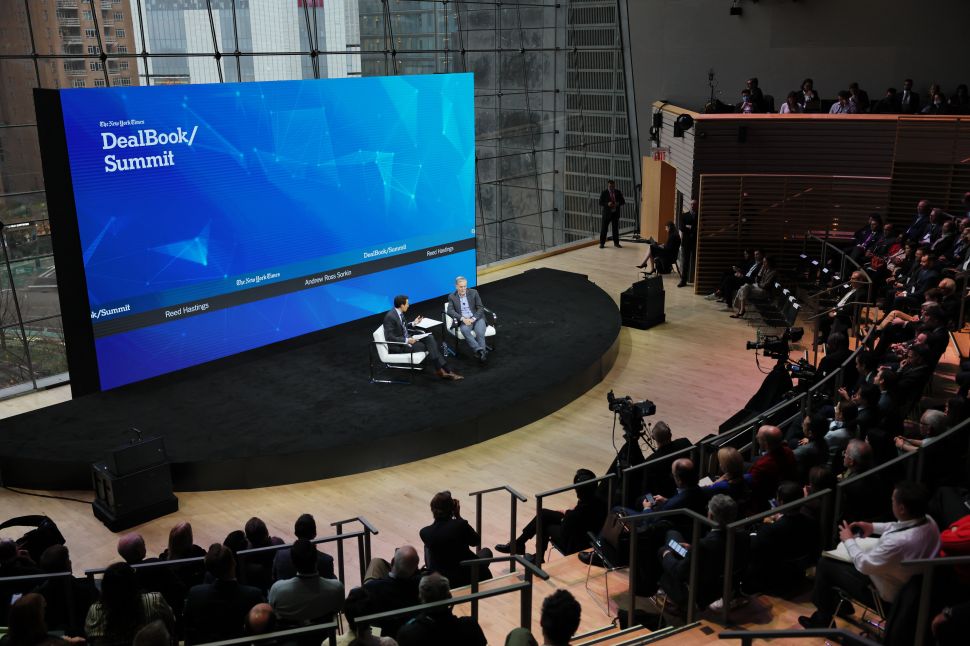