Before his wealth collapsed in the matter of a few days, Sam Bankman-Fried promised to donate the majority of his fortune to philanthropic causes.

In July, the former CEO of cryptocurrency exchange FTX signed the Giving Pledge, an initiative created by Warren Buffet and Bill Gates in which billionaires commit to donating most of their wealth to charity. Bankman-Fried—who was heavily inspired by effective altruism, a philanthropic social movement relying on reason and evidence to do the most good possible—also created the FTX Foundation, a charitable organization funded by the now-bankrupt FTX.

The charitable promises made by the Future Fund, part of the FTX Foundation, which had pledged $160 million towards various nonprofits and individuals through September, now likely won’t be met, according to a Nov. 11 resignation letter from the Future Fund team.

“We are devastated to say that it looks likely that there are many committed grants that the Future Fund will be unable to honor,” wrote the former employees.

And with Bankman-Fried’s former wealth of $16 billion reduced to zero, it looks like he won’t much of a fortune to donate. While this isn’t the first time charitable pledges from crypto leaders have fallen short, experts say the downfall of FTX might finally shed a light on tenuous nature of crypto philanthropy.

“We’ve always approached, in particular, cryptocurrency contributions and contributions of assets related to cryptocurrency with heightened scrutiny,”  said Gil Nusbaum, general counsel of the National Philanthropic Trust (NPT), a public charity and grant-making institution. NPT, which has accepted crypto donations since 2017, runs background checks on each donor contributing cryptocurrency due to the industry’s susceptibility to bad actors, said Nusbaum. Recent events will likely heighten the scrutiny around these types of donations, he said. “I think the collapse of FTX will cause charities to take a fresh look at their gift acceptance policies,” he said.

“There are plenty of other philanthropists who go into crypto and plan on giving away as much as possible,” said Peter Howson, a professor of international development at Newcastle’s Northumbria University. Before Sam Bankman-Fried, there was Ben Delo, said Howson, founder of crypto exchange BitMEX and effective altruism advocate.

Like Bankman-Fried, Delo promised to give away most of his wealth and signed the Giving Pledge. But in June, Delo was sentenced to 30 months probation in New York federal court after failing to implement an adequate anti-money laundering program for the crypto exchange. He was also ordered to pay a $10 million criminal fine, along with the two other founders of BitMEX.

Another crypto philanthropy initiative with disappointing results was GiveCrypto, a non-profit from crypto exchange Coinbase which aimed to distribute cryptocurrency to impoverished nations, said Howson. Despite its initial goal in 2018 to donate $1 billion in two years, GiveCrypto had reportedly only distributed $350,000 by the beginning of 2021. Coinbase did not respond to comments on how much the foundation has donated since then.

Charitable donations are a strategic way to establish and validate crypto endeavours, said Howson. “Crypto exchanges have used philanthropy as a way of legitimizing their platform,” he said, adding that these types of philanthropic ties also make it more difficult to enforce crypto regulation. “It’s much harder for a government to crack down on an industry that has all these links to charitable causes,” he said.

And effective altruism has played a significant role in crypto philanthropy, according to Tom Watson, a lecturer of nonprofit management at Columbia University. While traditionally wealthy people begin thinking about giving away their money after having reached a certain age or level of success, effective altruism brought philanthropy to a new generation of younger people working in technology — including those in crypto, a “new and very unstable market,” said Watson.

Organizations should be particularly cautious when it comes to long-term pledges, which typically span three to five years, he said. “I would urge caution in general, and to diversify their base of funding,” said Watson. “They should think about long-term pledges as more extraordinary money, not keep-the-lights-on money.”

Charities will likely remain skeptical about crypto-related donations until regulations on the industry are introduced, said Rick Cohen, chief operating officer for the National Council of Nonprofits, the largest network of charitable nonprofits in the U.S. “Nonprofits have been cautious overall,” he said. “This has validated their approach.” 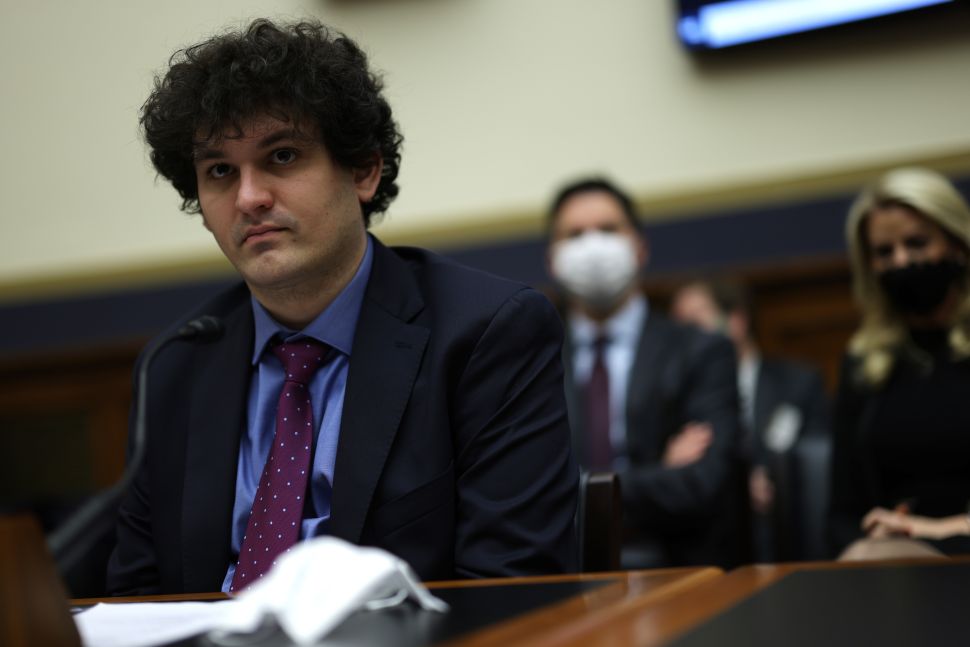