Online shoppers spent a record $9.12 billion this Black Friday, up 2.3 percent from last year, according to Adobe Analytics data. Historic spending is expected to continue through today (Nov. 28), typically known as Cyber Monday, when Adobe predicts consumers will spend between $11.2 billion and $11.6 billion on U.S. e-commerce products, marking the biggest online shopping day of all time.

Economists are keeping a careful eye on spending this holiday season to gauge where the U.S. economy may be headed. The current uptick in spending occurs against a backdrop of historically high inflation and growing fears of a recession. The consumer price index, which tracks the average price of U.S. goods, rose by 7.7 percent in October from the previous year, down from a pandemic peak of 9.1 percent in June. And there’s a 96 percent chance a recession will occur in the next year, according to a probability model published by the Conference Board, a nonprofit think tank.

A still-strong job market may have buoyed shoppers’ confidence this Thanksgiving weekend. U.S. unemployment rose to 3.7 percent in October, the Bureau of Labor Statistics reported earlier this month, a slight uptick from September but still near pre-pandemic lows. And recent data from Morning Consult and Axios found the share of employed workers who expect to experience a loss of pay or income in the next four weeks dropped in November, with U.S. adults across all income groups reporting stronger job expectations than in October.

Still, consumer confidence ticked down in November, according to the University of Michigan, and was 15.7 percent lower than the previous year. Buy Now, Pay Later orders, which allow customers to purchase goods and pay for them at a later date, rose 68 percent from Nov. 21 to 27, according to Adobe, suggesting shoppers are favoring flexibility this holiday season as the strength of the economy remains uncertain.

The November jobs report, set to be released Dec. 2, will offer more insight on the economy as the year closes out. Tech companies including Amazon, Salesforce, Twitter, and Meta have all laid off workers this month. 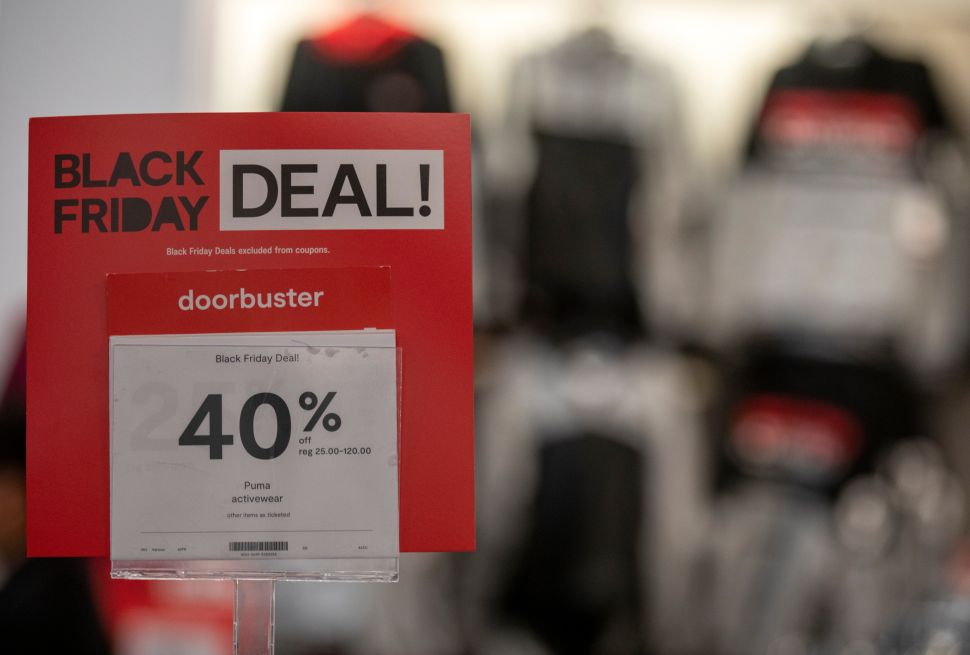