A first-edition printing of the U.S. Constitution, one of only two copies in private hands, will be auctioned off by Sotheby’s in December.

There are 13 known first printings of the Constitution, 11 of which are held by institutional and governmental collections which include various state archives and the Library of Congress. Meanwhile, the other privately-owned copy was bought for $43.2 million by Kenneth Griffin, CEO of Citadel, during a November 2021 Sotheby’s sale that broke records for the most expensive book, manuscript or printed text sold at auction.

“A year later after the record-breaking sale, we hope the remarkable opportunity to acquire one of two privately owned copies of the Constitution will inspire a similar response that galvanized the public last year,” said Richard Austin, Sotheby’s global head of books and manuscripts, in a statement.

The present copy has an estimate of $20 million to $30 million and will be public view in New York until the Dec. 13 auction, according to a press release. The edition, which will be coming to auction for the first time in more than 125 years, was last sold in 1894 before ending up in the hands of businessman and book collector Adrian Van Sinderen.

The Constitution, drafted in Philadelphia in 1787, laid out the foundation for U.S. government. Official printers to the Constitutional Convention made 500 copies at the time, of which only 13 are currently known to exist.

“Copies from the first printing have only appeared at auction a handful of times since they were first printed and issued to delegates more than 200 years ago, so the appearance of this copy on the market is truly a special moment,” said Selby Kiffer, Sotheby’s international specialist for books and manuscripts, in a statement. 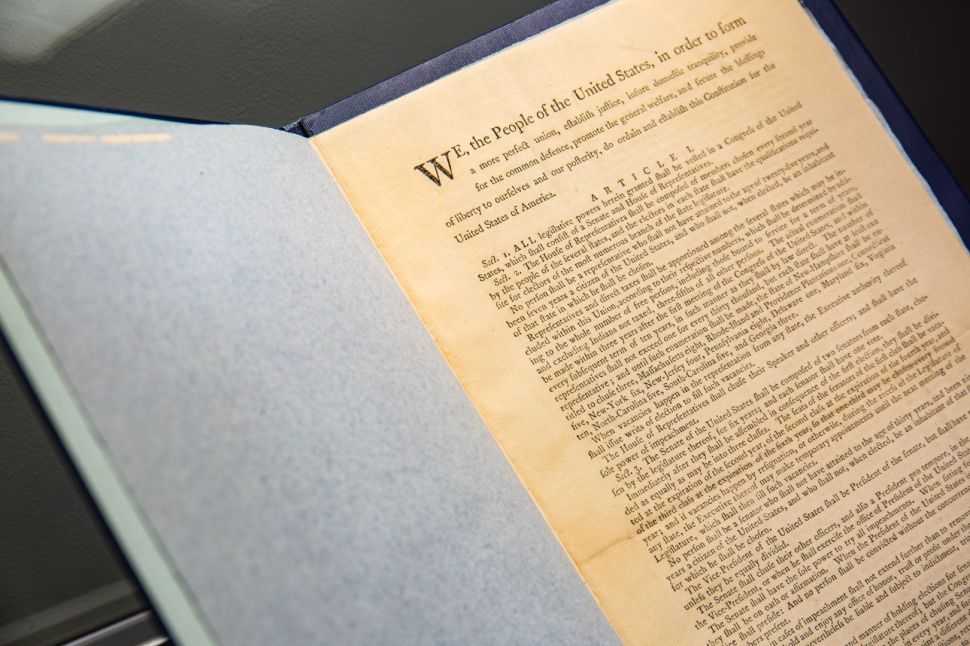