Performers at the Star Garden Topless Dive Bar in North Hollywood who are seeking to unionize will have to wait on election results after their employer challenged all but one ballot.

Thirty Star Garden dancers were eligible to vote on joining the Actors’ Equity Association, a union representing more than 50,000 actors and stage managers throughout the country. The National Labor Relations Board counted 17 valid ballots, but 16 of those were challenged by lawyers representing Star Garden’s owners, according to a statement from the union yesterday (Nov. 7). The strip club has argued the dancers aren’t real employees of the club, and thus not eligible to vote in the election.

“Despite the delay tactics from the employer, we remain confident that these workers will be declared winners in their election,” said Kate Shindle, the president of Actors’ Equity Association. The union has asked the NLRB  for a hearing to get Star Garden’s challenges dismissed.

Workers at Star Garden described a pattern of troubling workplace conduct that led them to strike over the summer. Dancers told the Observer that management had ignored their concerns about abusive behavior from clients, conducted surveillance without their consent, and didn’t address safety issues at the club. Star Garden’s lawyer, Joshua Kaplan, denied all misconduct in an interview with BuzzFeed in July. 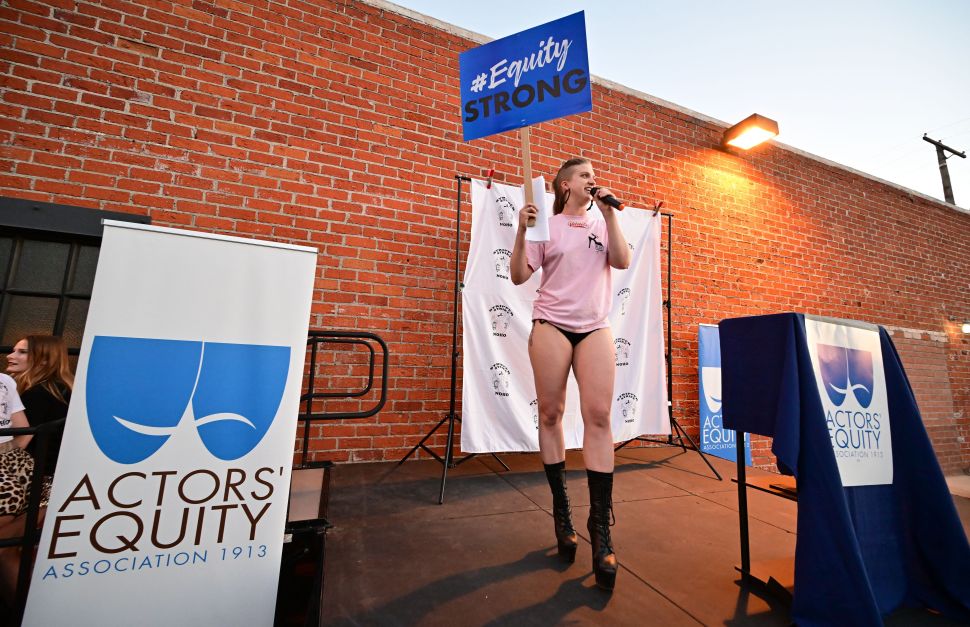