The ringleader of a dark web drug drug trafficking operating was sentenced to nine years in state prison on Nov. 2, said Manhattan District Attorney Alvin Bragg in a statement.

Chester Anderson, 48, sold hundreds of thousands of Xanax tablets and other controlled substances to buyers across the country through two dark web storefronts, in addition to laundering $2.3 million in cryptocurrency, according to the DA’s office.

Anderson, who is from Middlesex County, New Jersey, pleaded guilty to conspiracy, operating as a major trafficker and money laundering in New York State Supreme Court in March.

Search warrants on New Jersey properties and vehicles linked to Anderson and co-conspirators Jarrette Codd, 44, and Ronald McCarty, 54, led to the largest seizure of pills in New Jersey history, which included around 600,000 Xanax tablets, in addition to large quantities of fentanyl-laced heroin, methamphetamine, GHB and ketamine.

The ring purchased ingredients to manufacture pharmaceutical tablets through a shell company, in addition to using McCarty’s cell phone repair store to buy drug manufacturing items such as pill presses and industrial mixers.

“Our office will continue to utilize our unparalleled cybercrime expertise and investigative skills to hold accountable those who think they can use cryptocurrency to facilitate dangerous illegal activity,” said Bragg in a statement. 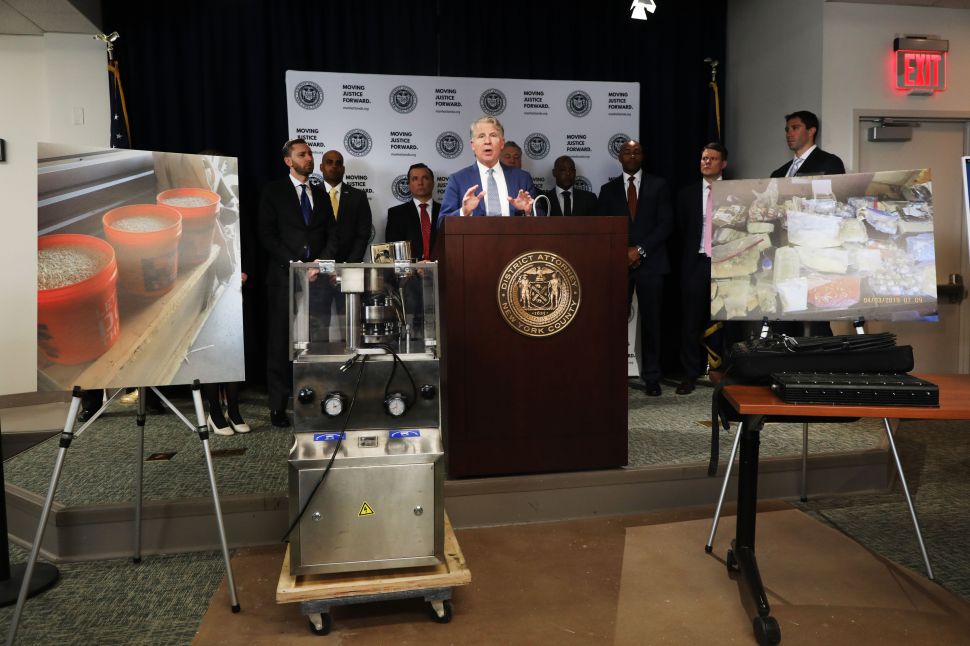