Bob Iger, the once and present CEO of Disney, has a lot on his to-do list. Fixing Disney’s streaming platforms is high on it.

Iger was named CEO Nov. 20, after the board ousted Bob Chapek, Iger’s hand-picked successor. Iger previously served as CEO between 2005 and 2020, where he expanded Disney’s content offerings by acquiring Pixar, Marvel, Lucasfilm and 21st Century Fox. During his tenure, Disney also launched its Disney+ and ESPN+ streaming services and purchased a majority stake of Hulu.

While Disney’s platforms offer hundreds of titles and have 221 million combined subscribers, they still don’t turn a profit. Disney lost $4 billion from its services in the year ending Oct. 1, more than twice its losses from last year. Disney didn’t return requests for comment.

In a private town hall meeting Nov. 28, Iger said Disney needs to refocus on making its streaming services profitable, rather than just adding subscribers, according to CNBC.

Disney planned for its streaming service Disney+ to be profitable by 2024 when it launched, but “it doesn’t look like they can get there,” said Jeffrey Cole, director of the University of Southern California’s Center for the Digital Future, an internet research organization. “They’re not naive people, but I don’t know if they realized they’d have to spend $30 billion a year across their streaming platforms.”

Streaming has exploded in the last decade. There are more than 200 unique streaming services but less than a dozen major ones—three of which belong to Disney. Many are spending more on content than they earn from subscriptions. Peacock cost its owner Comcast $1.7 billion last year, and it has continued to lose money this year. Paramount’s streaming losses are expected to hit $1.8 billion this year, surpassing the $1.5 billion target, and losses are expected to increase in 2023. Apple doesn’t release financials for Apple TV+, but analysts estimate it has lost a couple billion dollars since launching in 2019. Amazon Prime Video spends the most on content at an expected $15 billion in 2022, and it isn’t profitable either. Warner Bros. Discovery’s platforms, HBO Max and Discovery+, lost $1.2 billion in the six months since the company began releasing the statistics, twice what it lost in the same period last year.

The streaming market has already matured, and it’ll only be a few years until the streaming bubble pops, said Adam Armbruster, a senior partner at Eckstein, Summers, Armbruster & Company, a media sales consultancy. Armbruster also worked in Disney’s television division from 1990 to 2000.

For entertainment companies like Disney, streaming might not be a worthwhile investment. Releasing movies on streaming rather than in theaters typically doesn’t make as much money, and it can offend actors whose income relies on a theater release. There also isn’t the same brand awareness for streaming releases, which can lead to themed rides and restaurants in Disney’s parks, USC’s Cole said.

“Unless (Disney) consolidates share costs and there’s less competition, (Disney+) may never be profitable,” Cole said. Despite this, many sources including Cole predict Disney will be among the few services to survive the streaming wars.

The survivors will be the platforms with exclusive content, Armbruster said. This is good news for ESPN+ and Disney+. “But you don’t want to be generic in the streaming space moving forward,” he said, which presents a problem for Hulu—Disney’s general entertainment platform. “There’s a hundred other platforms for general entertainment,” he said.

The easiest solution for Disney would be to sell its majority stake of Hulu to Comcast, which owns the minority share, said Cole. Third parties like Microsoft and Walmart could be interested in buying as well, he said.

Disney+, ESPN+ and Hulu Might Soon Live Under One Platform

Warner Bros. Discovery announced it would merge HBO Max and Discovery+ into one platform in August, which has raised the same question about Disney’s streaming services.

Merging Disney’s streamers onto one platform may be inevitable, Armbruster said. Offering the three together would provide a certain depth of content not available elsewhere. “If you provide something of superior value, there’s a very high ceiling on price resistance.”

But even if Disney’s streaming continues to bleed money, it still offers the company a rich trove of customer data, said Michael Smith, professor of information technology and marketing at Carnegie Mellon University. Disney is learning what its audience likes to watch so it can produce more of that content and target the subscribers who will watch it. “I think they’re right to lose money today, because I think the customer data they’re getting is going to be valuable to them tomorrow,” Smith said.

“Iger recognizes being one of these three to five survivors in the streaming world is a key part of Disney’s future,” Smith said. 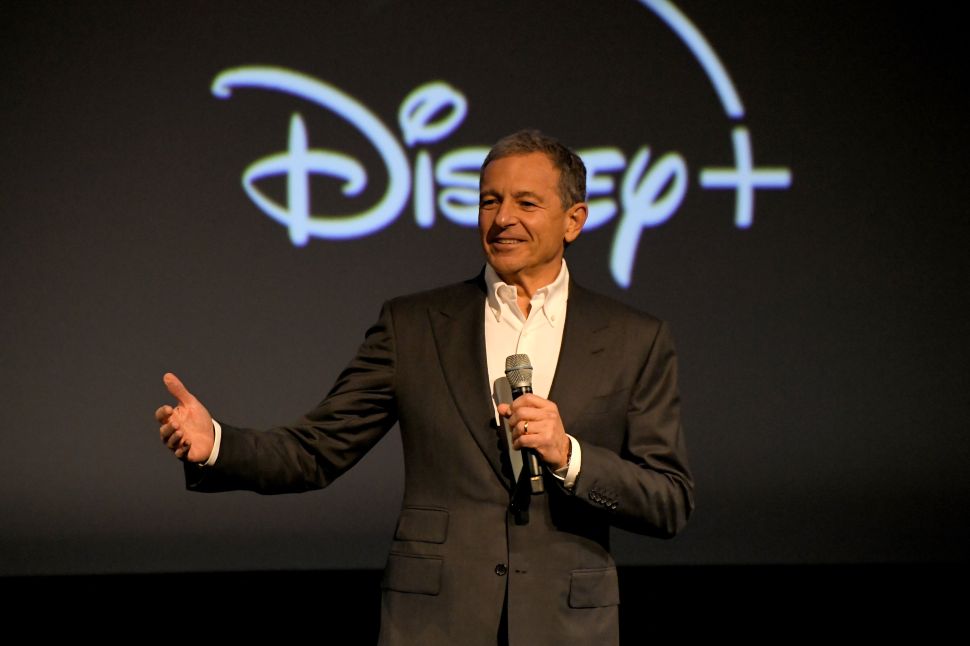