“I don’t think anybody knows what a director does, and half the time I don’t even think we know what we are doing,” Jack O’Brien will tell you—this, despite 54 of his 83 years spent directing and the stunning theater that often results.

Essentially, that’s the gist of his second collection of theatrical memorabilia which Farrar, Straus and Giroux just published Nov. 15—Jack in the Box, or How to Goddamn Direct. O’Brien believes that’s because it’s lonely at the top: “You never see another director working. Every other category in the theater—dancers, musicians, designers—they all work with each other, and they see each other working. Directors don’t. We only see the results, and, of course, there is no one way to do anything other than how you respond to it and what you are able to bring to it.

“I wanted to put in perspective—for myself, if for nobody else—the fact that I think one of the most important things you need to direct is a healthy respect for your own instinct. Nobody really teaches you that. As a matter of fact, we’re told not to—but how many times have you thought to yourself, ‘I knew I shouldn’t have done that.’ On some level, you did know. I think my own journey has allowed me to become clearer about what I felt about a show rather than what I knew about it.”

Three days before the book’s pub date, O’Brien’s latest show, Shucked, finished its world-premiere run at the Pioneer Theatre Company in Utah and made a spectacular quantum leap to Broadway—to the Nederlander where it will start previews March 8 and open April 4.

Rehearsals begin February 6, but the shilling of Shucked has already commenced with O’Brien and his key male leads (John Behlmann, Kevin Cahoon and Andrew Durand) hitting Times Square, either disguised as an ear of corn or distributing husks of corn to slightly confused New Yorkers.

The somewhat bizarre storyline—an original, scripted by the author of the Tootsie musical (Tony winner Robert Horn) and scored by a two Nashville powerhouses (Grammy winning songwriter Shane McAnally and ten-time Grammy nominee Brandy Clark)—focuses on a little community behind a corn wall in the middle of the country. “No one’s ever gotten into it, and no one’s ever left,” says O’Brien, “until a plucky young girl breaks out, goes for help and brings back an unscrupulous (but unsuccessful) con-man. It’s not a real show, it’s more a fable—but it’s so funny. I’ve never seen an audience laugh like this.”

Shucked is returning O’Brien to Broadway for the first time since his 2019 revival of Arthur Miller’s All My Sons. “Then came the pandemic, and I sat in my apartment forever. Fortunately, I had this to work on. I’ve never had a show that I’ve prepped for three and a half years! These are difficult times. When you get a chance to have an original show with original new music by very, very smart people, and the funniest script I’ve come across in years, you do it. Not only do I believe in it, I think it’s needed now. We’ve got to learn how to laugh again.”

O’Brien’s previous memoir, 2013’s Jack Be Nimble, also came with a modest, qualified subtitle, The Accidental Education of an Unintentional Director. It was written to keep alive the name and importance of his “north star,” Ellis Raab, and the work he did at the APA-Phoenix Repertory Company. “People were forgetting about them and everything they did. They were only a significant part of my life, and I felt, if I didn’t write it down, it would all go away. Ellis lit the flame, there’s no question about that—and, through him, I came under the influence of John Houseman, Eva La Gallienne and William Ball. John Houseman, who was also at APA, gave me my first job. John saw me. He realized there was something going on there, and he wanted to see me fly. When APA disbanded he took me with him to Juilliard and kept employing me.”

There were more where these people came from—Neil Simon, Jerry Lewis, Andrew Lloyd Webber, Tom Stoppard, Mike Nichols, Marsha Mason—hence, the updated memoir. O’Brien modestly says he’s the last person you’d think of in trying to figure out what that list of bold faced names has in common. “Yet there it is,” he adds.

Love Never Dies, Andrew Lloyd Webber’s troubled sequel to Phantom of the Opera, was, for O’Brien, “a remarkable and tough-love lesson.” O’Brien directed the original London production in 2010, which received notices so negative it was closed for four days of rewrites and a new director, Bill Kenwright, was brought in. “He is a law unto himself,” O’Brien says of Lloyd Webber. “He saw something that he felt different and wanted it redone—and he did it. I went down to see it, and, frankly, I didn’t really think it was much different. There’s a helluvah lot of my work still on that stage, but it’s not anything I’d ever want to contend.”

The lesson? “These real giants, the longer they’re in their lane, the more the lane is important to them. With Stoppard, it’s the words. With Andrew, it’s the melodic line. He only cares about how it’s done.”

His special way of working with Stoppard evolved over four shows. Two of O’Brien’s three Tonys were won for Stoppard plays (The Invention of Love and The Coast of Utopia); the third was for Hairspray. “I so loved working with Tom, and I so loved his process. It was like solving a puzzle: How do I get what he means on the stage so the audience understands it? How do I not get in the way?”

O’Brien has his own personal “truth matron” in his life: Marsha Mason. The girl can’t help telling the truth. “That’s because, as an actress also, she’s extraordinarily real. She’s got so much integrity. Because we’ve been friends since 1970, I’ve learned to listen to her on everything I do. She came to Salt Lake City to see Shucked to see if I was on the right track. She never fails to find the truth. If you have a friend like that, you clasp them to your heart forever.”

Nor is he the only beneficiary Mason’s unerring integrity. “There’s a story of her and her then-hubby, Neil Simon, previewing A Chorus Line with the men who created the show—Joe Papp, Michael Bennett, Marvin Hamlisch, James Kirkwood—and Marsha says, ‘You’ve got to have Cassie get the job at the end.’ None of them saw it, but she saw it from a woman’s point of view. They credit her with saving the show.”

Which begs the question, What was Neil Simon like to work with? “You might as well say, ‘What was Moliere like to work with?’” O’Brien throws back. “He always knew what he wanted. He didn’t always get it, but, right to the very end, he kept challenging himself in that respect. The problem is that the greater the reputation, the lonelier you become. Everybody assumes you know what the hell you are doing. At the beginning of your career, everyone says, ‘You got to fix the second act.’ By the time you become Moliere, they figure, ‘Well, you must know more about it than anyone else. What the hell do I know?’ I think that Neil was creatively lonely towards the end of his life.” 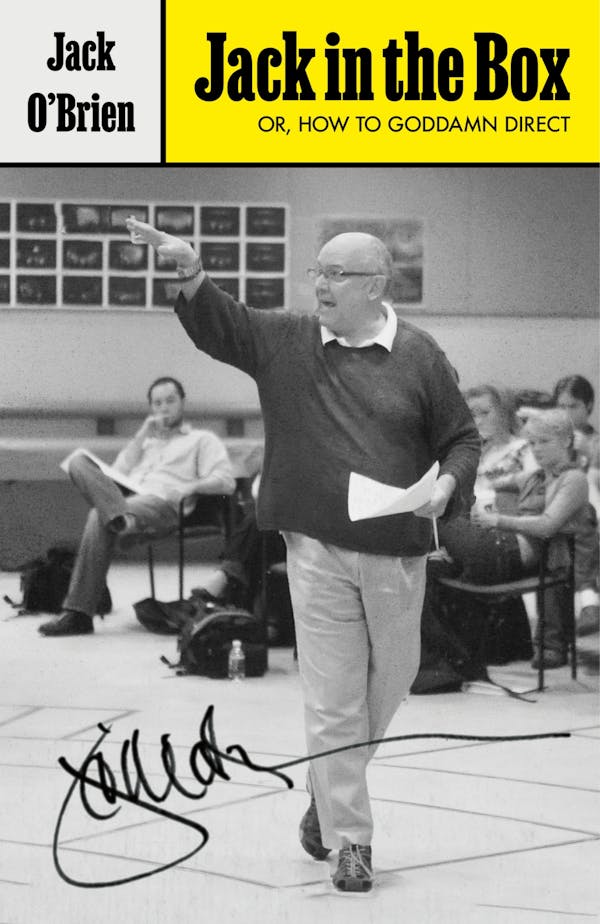