The House Ethics Committee is investigating allegations that Rep. Carolyn Maloney, a Democrat who represents Manhattan’s Upper East Side, violated House rules by soliciting an invitation to the Met Gala.

The Committee announced on Nov. 21 that it would review the matter after receiving a referral from the Office of Congressional Ethics (OCE), which published a 15-page report suggesting Maloney requested an invitation to the 2016 Met Gala.

“Representative Maloney is confident that the House Ethics Committee will dismiss this matter,” said Adrien Lesser, a spokesperson for Maloney, in a statement to the Observer. “Although the Committee has not made any determination a violation occurred, she is disappointed by the unproven and disputed allegations in the report issued by Office of Congressional Ethics and strongly disagrees with its referral.”

Maloney, who represents New York’s 12th Congressional District, will soon be retiring from politics. She lost a primary to Rep. Jerry Nadler after New York’s redistricting process forced them to run for the same seat.

While Maloney told the OCE she has been invited to the Met Gala every year since 2015, her name was crossed off the invitation list in 2016, according to the office’s report, which claims Maloney subsequently made a call to Emily Rafferty, the former Met president.

“I received a call this past week from Carolyn. She is unhappy to say the least that she is not receiving an invitation to the Party of the Year,” reads an email from Rafferty to Met executives, which was included in the OCE report. Maloney, who ended up attending the event in 2016, also been present at several Met Galas since then.

In response to the OCE’s allegations, Maloney and her lawyers claimed she never expressly solicited an invitation. “If she expressed confusion about her 2016 Met Gala invitation to Met personnel—whom she considered personal and professional friends—she was doing so merely to understand her invitation status,” reads a letter from Maloney’s attorneys to the House of Ethics Committee. 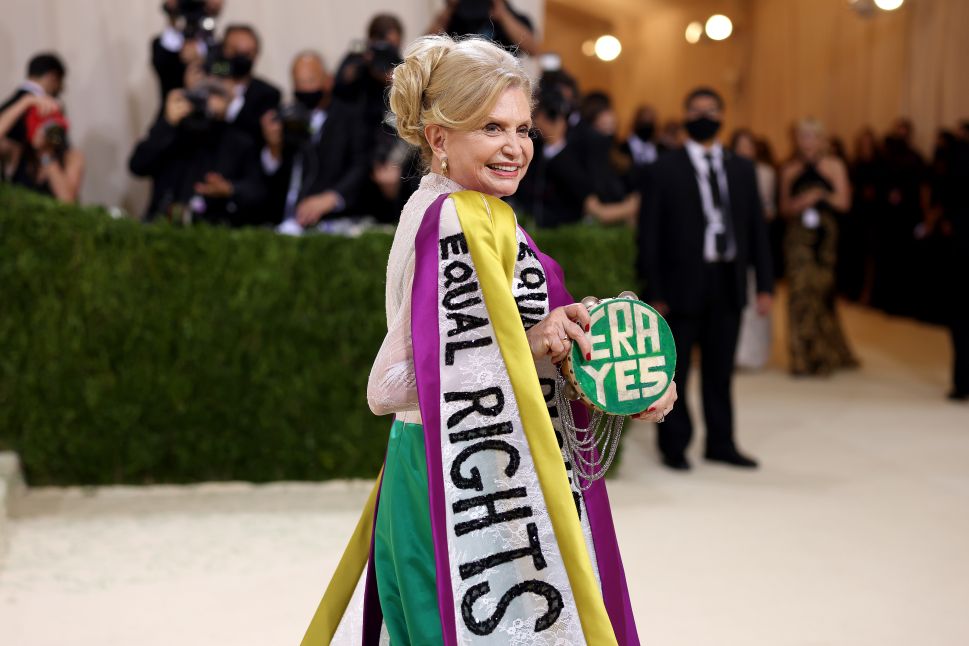