From tragic true-life tales to fascinating historical reimaginiations, this week is brimming with new titles to pique anyone’s interests. Whether you want to watch a feminist western, a slick and timely thriller, or a new dark comedy, your viewing pleasures are certain to be fulfilled.

Where the Crawdads Sing

One of this summer’s biggest dramas is making its streaming debut this weekend. Based on the smash hit novel of the same name, Where the Crawdads Sing stars Normal People and Fresh breakout Daisy Edgar-Jones as Kya, a mysterious young woman who resides in the marshes of mid-century North Carolina. When she becomes the central suspect in a murder investigation, the survival skills she’s relied on since childhood take on a much different weight. It’s a classic Southern gothic with a contemporary take on a young woman who can — and must — look after herself, with an original Taylor Swift song on the soundtrack to boot. Where the Crawdads Sing premieres Saturday, November 12th.

From Oscar winner A Fantastic Woman to Disobedience, filmmaker Sebastián Lelio has made quite the artful career out of telling stories about a diverse range of women. The Wonder, starring Florence Pugh, looks to be no different. Taking place in mid-nineteenth century Ireland, the film sees Pugh play an English nurse sent to a remote village to look after a young girl who’s reportedly not eaten in months. Whether the girl represents a miracle or a massive lie, her small town is suspicious of any and all offers of help, making this period piece into a dramatic thriller. The Wonder premieres Wednesday, November 16th.

For fans ready and waiting for Ryan Coogler’s second Black Panther adventure, do yourselves a favor and watch the director’s first film, Fruitvale Station. This 2013 biographical drama tells the story of the death of Oscar Grant, an all too familiar tale about a young Black man whose life was cut tragically short by way of police brutality. Michael B. Jordan stars as Grant in a true breakout performance, with Octavia Spencer reliably raising the bar in the role of his mother. It’s a powerful film, one that showed Coogler’s massive talent and foreshadowed the great success he’d enjoy. Fruitvale Station starts streaming Friday, November 11th.

Catch the Fair One

Catch the Fair One is a tense dramatic thriller that takes on the issue of missing and murdered indigenous women. Professional boxer Kali Reis makes her acting debut as Kaylee, a Native American former boxer who faces addiction and homelessness and is haunted by the disappearance of her younger sister years before. Determined to find her, Kaylee infiltrates the sex trafficking ring that she thinks is responsible. What follows is equal parts action packed and heart wrenching, as Kaylee engages with the dangerous men and women who run the operation. Catch the Fair One starts streaming Sunday, November 13th.

This new series from acclaimed writer Jez Butterworth tracks several complex and crumbling relationships, from the romantic to the familial. James Corden stars as a Michelin star chef who discovers troubling secrets about his pregnant wife. At the same time, his sister (played by Sally Hawkins) is causing concern for her husband, leaving both men scrambling to find a way to fix their marriages. The dark comedy covers everything from love and loss to the difficulties of monogamy, with a touch of magical realism for some extra fun. Mammals premieres Friday, November 11th.

Emily Blunt stars in this new miniseries that sees an Englishwoman test her mettle against the American wild west as she tries to track down the man responsible for the death of her son. Blunt has proven herself capable across all sorts of genres, from sci-fi to action to musicals to horror to comedy, so a performance on the western front should be just as captivating as her usual caliber. The cast is rounded out by talents including Chaske Spencer, Rafe Spall, Stephen Rea, and Ciaran Hinds. The English premieres Friday, November 11th.

One of the buzziest films of the fall festival season is here to stream and stay in the pop culture consciousness. Don’t Worry Darling made headlines for its tabloid romance, alleged feuds, and purported spit take, but all of that hubbub goes away once viewers enter the picture-perfect 1950s world of the film’s Victory Project. Florence Pugh plays at being the loving housewife, but things begin to get strained with her husband (Harry Styles) as she learns more from the other wives (Kiki Layne, Olivia Wilde) and the VP’s head honcho (Chris Pine). It’s a thriller with a mystery begging to be solved at its center. Don’t Worry Darling premiered on streaming earlier this week.

What to watch on Disney+

This documentary ignited critics earlier this year, not least because of its fiery subject matter. Fire of Love tracks the tragic story of married volcanologist couple, Katia and Maurice Krafft, who got too close to the field that they love. The film uses archival footage of the scientists who lived together on the side of the volcanoes they studied, constructing their lives together before they ultimately passed during a volcanic explosion. Part love story, part daring nature documentary, it’s an incredibly rare and raw film. Fire of Love will be available to stream starting Friday, November 11th. 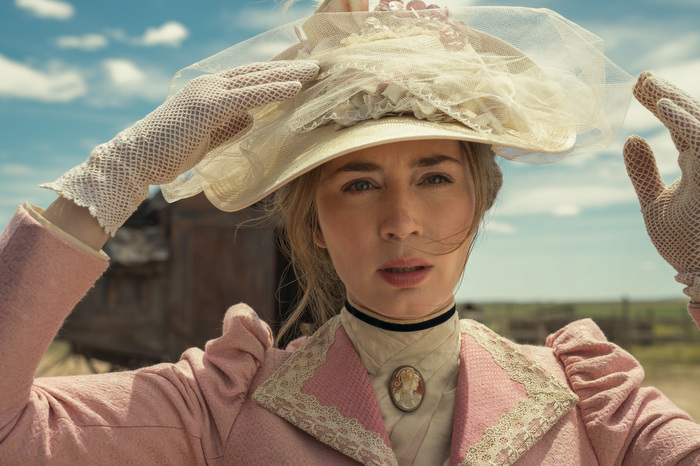