Unionized baristas at more than 100 Starbucks stores throughout the U.S. are on strike today (Nov. 17) as the chain celebrates “Red Cup Day,” a major holiday sale for the chain.

While Starbucks is giving away free reusable red cups to customers who purchase holiday drinks, striking workers will hand out out their own merchandise from the picket line. Today’s strike is the biggest coordinated national action taken by unionized Starbucks stores in the history of the campaign, according to a statement from Starbucks Workers United, the independent union organizing baristas. The union says low wages, unpredictable scheduling, and under-staffing spurred Starbucks workers nationwide to unionize over the past year.

Don’t forget to get your UNION red cup at the PICKET LINE! #redcuprebellion pic.twitter.com/aMtwh59I5G

The strike comes at a tipping point for the union, which now represents workers at more than 260 locations across the country, but doesn’t yet have a contract. While Starbucks sent representatives to several collective bargaining sessions last month, the union said those negotiations quickly collapsed when management refused to let some unionized workers join the discussions via Zoom. Starbucks told Vice they had agreed to in-person bargaining sessions only.

Starbucks Workers United alleges the chain has pursued a number of tactics to weaken the union and delay negotiations, including firing union workers. On Nov. 15 the National Labor Relations Board petitioned a U.S. District Court for a nationwide cease and desist order against Starbucks to send a message to employees that anti-union activity will not be tolerated, and that they are free to support or vote for a union “without fear or further coercion or discrimination.”

“You cannot be pro-LGTBQ, pro-BLM, pro-sustainability, and anti-union,” said Michelle Eisen, a worker at the Starbucks Buffalo location that was the first to unionize, in a statement. “This Red Cup Day, we’re organizing for a voice on the job and a true seat at the table.” 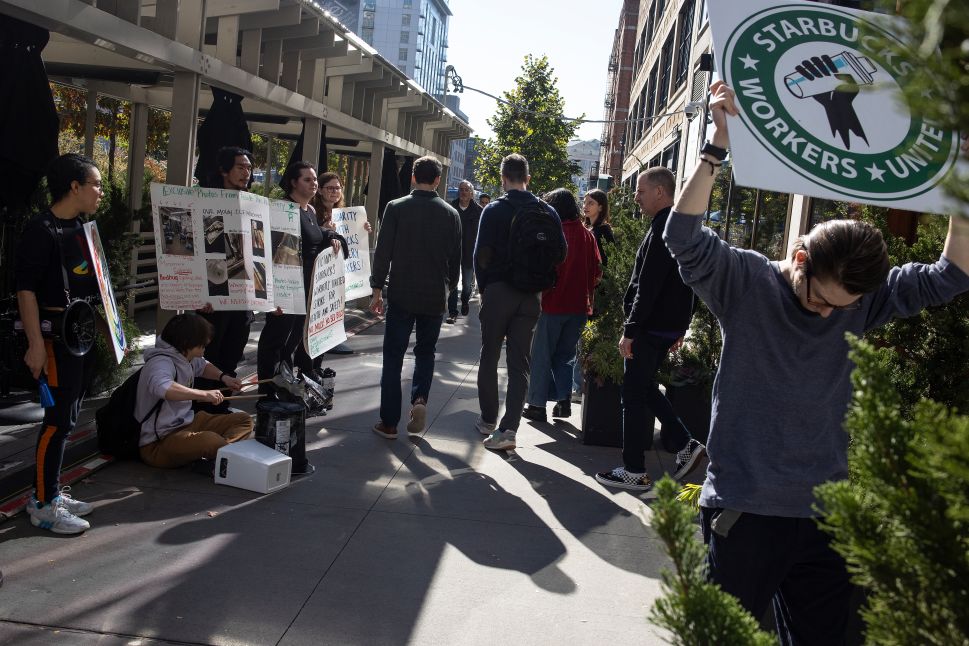