A four-day workweek can boost corporate revenue, decrease burnout and improve hiring, according to a six month trial in 33 companies.

The new data adds to a growing body of research about the potential benefits of a four-day workweek. Promising results from countries such as Iceland have spurred companies around the world to try out the scheme, and a number of governments, including Belgium, Spain, and the United Arab Emirates, have passed legislation allowing for employees to work fewer days each week.

Barnes and Lockhart became interested in four-day workweeks in 2018, shortly after their business, the estate planning company Perpetual Guardian, adopted the model. They’re currently running pilot programs with about 200 companies, and Lockhart said she expects participants to easily double next year.

Participating companies allowed employees to work 80 percent of their typical week in exchange for maintaining the same level of productivity. Though the scheme wasn’t a perfect adoption of a four-day workweek—participating employees worked 4.36 days on average, according to the study—companies reduced their working hours overall, and both firms and employees reported high levels of satisfaction with the trial.

The study found earnings and headcount for participating companies increased during the trial, with average revenues rising by 8.1 percent, and the number of employees growing by 12.2 percent. A vast majority of employees surveyed (97 percent) said they wanted to continue with a four-day workweek, and most companies said they planned to do so as well. None of the companies surveyed said they had plans to shift back to working five days a week.

Will a four-day workweek finally become the norm?

While the initial results from the first 4-Day Week Global trial are promising, they’re likely to be “less stunning” as more companies report challenges with the switch to a four-day workweek, said Lockhart.

4-Day Week Global is currently finishing up a bigger trial in the UK with more than 70 participating organizations and 3,300 employees. Results from the first half of the trial were similarly promising. Still, some employers acknowledge the switch can be tricky.

“We have all had to work at it — some weeks are easier than others and things like annual leave can make it harder to fit everything in,” said Nicci Russell, the managing director of Waterwise, a UK nonprofit focused on reducing consumption, in a statement to 4-Day Week Global.

Kickstarter, one of the companies that participated in the U.S. pilot that just ended, had to add staff to its community support team, for example, in part to process a higher volume of requests during the shorter week, said Jon Leland, chief strategy officer.

“This kind of work requires intention, and it’s a process,” said Leland. “It’s not as simple as lopping off a day.”

Though companies have been toying with the idea of a four-day workweek for years, shorter weeks may be a tough sell in the U.S., where Americans work more hours annually than most other industrialized countries. A recent survey by the consulting firm EY suggested attitudes toward the four-day workweek may be shifting, as 40 percent of employers said they had already adopted one or were planning to. Studies suggest most employees would prefer a four-day workweek, even if it means working longer hours.

Lockhart, of 4-Day Week Global, said they’ve seen a surge in interest from companies since publishing trial results, and remains bullish on widespread adoption. “They’re recognizing that their people are demanding this. They’re no longer just asking.” 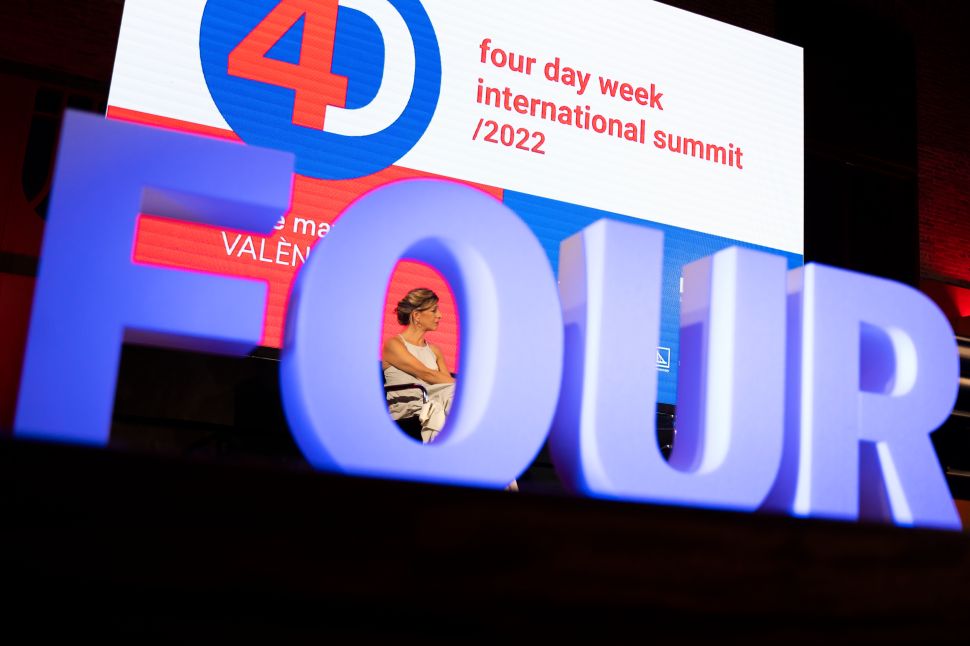