A new bill winding its way through the U.S. Congress would require platforms like Facebook and Google to pay media sources when links to their content are posted by users on their platforms. Supporters of the bill say it could give more power to news publishers in a climate where Facebook and Google dominate news distribution, but its critics say it doesn’t solve the problems facing news organizations and further empowers Big Tech companies.

The business model that drove local news for decades collapsed with the advent of the internet and social media as platforms like Meta and Google took many of the advertising dollars that typically went to publishers, said Jeremy Littau, a journalism professor at Lehigh University in Pennsylvania. The Journalism Competition and Preservation Act (JCPA) is Congress’ attempt to redirect advertising dollars from big tech companies to small publishers, and it is gaining bipartisan traction, with nearly 100 members of Congress signed on as co-sponsors.

Based on a law in Australia passed in 2021, the bill would require platforms like Facebook to pay news publishers when links to their articles appear on their sites. If the law passes, news organizations could form collectives to negotiate a rate with platforms. Members of a collective would all earn the same amount of money, though the bill doesn’t outline how much or by what means publishers would be paid, such as by views or clicks. Only publications signed with a collective can participate in the program, a mechanism in the bill that ensures all news sources are dealt with fairly and platforms don’t cut side deals with their preferred outlets. Collectives cannot exclude any news site, no matter their size or political affiliation. If a platform doesn’t pay, the news publication could sue.

This isn’t the first time the U.S. government has tried to save journalism. After many newspapers closed in the 1960s, Congress passed the 1970 Newspaper Preservation Act, intended to preserve the concept of a two-newspaper town. But it only made strong newspapers stronger, and a trend of one-newspaper cities accelerated after the act passed.

The JCPA is intended to shift power back to news publications, especially small to medium-sized ones. It is a way for journalists to be compensated for the value of their work, said Danielle Coffey, executive vice president for News/Media Alliance, a non-profit representing news publishers that supports the act.

But some in journalism challenge how effective it would be. “It’s a subsidy model that doesn’t address the issue,” said Littau, the journalism professor. “The tech companies are still getting the ad money and are still the gatekeepers of information, and they don’t wield any of that power back to publications.”

Others in media take similar stances or don’t agree with certain provisions of the act. Jeff Jarvis, a City University of New York journalism professor, called it a “nightmare scenario.” It does nothing to address the real problems facing local journalism, like news deserts and a lack of beat reporters, said Matt Wood, vice president of policy at Free Press Action, a non-profit media advocacy group.

The NewsGuild, a labor union representing 17,000 media workers, said it has concerns about transparency regarding payments made to news sites. It also recommends JCPA include non-profit news organizations in the deal, which it currently does not. Cutting non-profits out of the deal weakens for-profit publishers’ negotiating power, agreed Matt Pearce, a reporter for the Los Angeles Times. “I just really want JCPA to be better for journalists, given the realities of our industry,” he said on Twitter.

The Journalism Competition and Preservation Act

While the U.S. values free press, “we have seen thousands of news organizations crushed by the monopolistic power of Big Tech,” said U.S. Rep. Ken Buck, a Republican from Colorado in an emailed statement. Buck is a co-sponsor on the act. “This bipartisan bill is an important start to remedying the results of Google, Facebook, and other’s anticompetitive conduct toward local news outlets, conservative media, and other news organizations.”

The JCPA would require news outlets to make at least $100,000 each year in revenue to participate, which could leave out some publishers in small towns, Littau said. Publishers with more than 1,500 employees, like the New York Times and CNN, would not be allowed to participate. The text doesn’t make clear how the employee cap would impact major media companies like Gannett, the U.S.’s largest newspaper publisher that owns local papers like the Detroit Free Press and the Indianapolis Star. Gannett has more than 1,500 employees, but many of its individual publications don’t.

Each news publication in a collective has one vote no matter their size or circulation, which helps give power to small publishers. The Miami Herald would have the same power as a small town Indiana newspaper, Coffey said.

Big tech platforms oppose the legislation. Meta, which owns Facebook and Instagram, is threatening to remove news from its platforms altogether to avoid the fees, according to a post on Twitter from Andy Stone, Meta’s communications director. The government would be creating a “cartel-like entity,” he said. Meta’s threat holds weight, since it temporarily restricted news content in Australia after a similar law passed in 2021.

Public Knowledge, a freedom of expression non-profit partially funded by Google, also opposes the act. It has “the potential to compound some of the biggest problems we see in our information environment today,” said Lisa Macpherson, a senior policy analyst at Public Knowledge. The act says platforms cannot discriminate against news organizations that participate, which means they could get sued for restricting content, even if it violates their policies, which could increase disinformation, she said.

There aren’t provisions in the bill stating how the money should be spent, so it could end up in the hands of hedge funds and “vulture capital” firms that own local publications, rather than towards journalism initiatives, Macpherson said. This might lead to further consolidation of local news outlets, she said.

The JCPA came from Australia

The JCPA is loosely modeled after a similar piece of Australian legislation, the News Media Bargaining Code, which similarly prompted platforms to pay publishers for hosting news content. Earlier this month, the Australian government released a report concluding the legislation to be a success, and said 30 publications are now earning revenue from Facebook and Google.

The Australian code had an additional provision that allowed media companies to make outside deals with Facebook and Google, which most did, said Littau. The law didn’t actually facilitate these deals, but it was the threat of the law that allowed media companies to make private deals with platforms. “The system is not functioning the way it was intended there,” said Littau. “Local publications have been left holding the bag because they don’t have nearly the negotiating power under Australian law they were supposed to have.”

The threat of the law was the point, said Rod Sims, professor at Australian National University, in a report about the law. The JCPA does not have this provision, so deals will have to be made within collectives.

In Australia, Facebook and Google are estimated to pay out $140 million each year to media publishers through these side deals, which is “chump change” to those companies, said Michael Socolow, a University of Maine media professor who has written on Australian and American media. Google’s net income for the 12 months ended Sept. 30 was $67 billion. The deals benefitted the biggest publishers in Australia and around the world, like the Daily Mail, the Guardian and Rupert Murdoch-owned News Corp, rather than local news, he said.

There is no planned date for Congress to vote on the JCPA. If it is not voted on by the end of this Congressional session on Jan. 3, this iteration of the bill would die, and it would have to be reintroduced in the next session, which also begins on the same day. If it passed and is signed by the president, news publishers could immediately begin joining collectives and negotiating with tech companies. It is unclear how long those negotiations would last before a deal is reached. 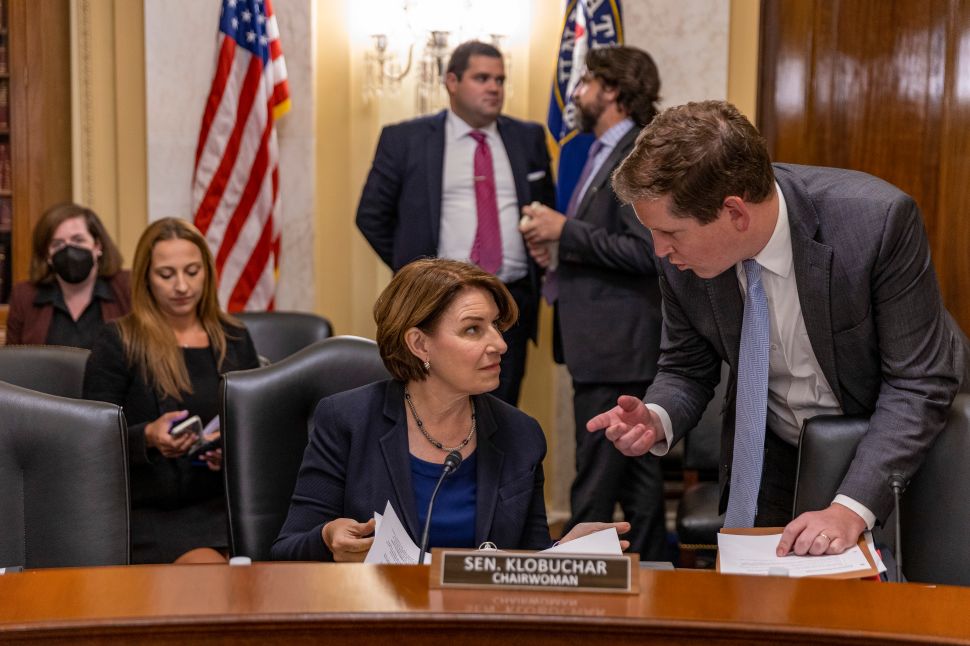