Jim Caruso, who hosts week after week the well-packed and popular “Cast Party” at the Birdland Jazz Club on West 44th Street—and has since 2004—never really gets to kick back and relax this time of year—and hasn’t since 2009. A holiday respite is not in his nature, especially this holiday.

“When we do our show on Christmas night, everybody says, ‘Oh, God! You have to work on Christmas night?’” Caruso says. “That’s right, and it’s such a great gift.” Caruso grew up an only child, always wanting to be an Osmond Brother or a Williams Brother doing one of their TV Christmas specials.

A Swinging Birdland Christmas—six shows running from Dec. 20 to Dec. 25—fills the void for him.

“This is really like my family Christmas show—only I get to do it every year,” Caruso cheerfully points out. What’s more, he gets to do these shows with the regular “Cast Party” musicians that he now counts as family: Steve Doyle on bass and Daniel Glass on drums. Otherwise, he says, “I have no family anymore—they’re gone. So this is a big deal for me. I think that we all feel the same way.”

“We all” would be the two singers that he now shares the Birdland stage with: pianist Billy Stritch and comedian Klea Blackhurst. “The three of us are obsessed with Christmas specials from the 1960s and 1970s,” confesses Caruso, “and, when we got together, we decided we’d do a tribute to that kind of entertainment. Actually, that’s the only way that we would know how to do it.”

Indeed, Stritch is quick to second: “It’s through the lens of all those holiday specials that our show comes,” he says. “It’s the great records we grew up with, all those fun pop Christmas songs.”

He continues: “Our show definitely has that feeling of pulling you in and making you part of the family—even if it’s just for 75 minutes.” That plan seems to be working. He’s been a bit taken back by the fierce loyalty of fans that they’ve attracted over the years. “We get people who come to us afterward and say, ‘We do this every year on Christmas Eve.’ They made our show part of their tradition.

“With these holiday dates as tight as they are, who wants to go out on Christmas? Lots of folks, I think. People, who’ have been with their family a few days, just want to go look at something else and not talk to each other. They want to be together, but they don’t want to look at each other.”

So, who dreamed up this idea of an annual Christmas party for Birdland? Wisely and correctly, Caruso gives full credit to his boss, Gianni Valenti, who owns the joint. It seems their holiday slot had for a good decade been occupied by something called The Jazz Nativity. “Gianni was ready for a change,” Caruso says. “He said to us, ‘We need something new,’ and we said, ‘Oh, we can do new.’”

Stritch and Caruso put their musical cards together, and out came a Christmas that swings. Leroy Anderson’s sprightly “Sleigh Ride” sputtered to a stop after Season One, but “Kay Thompson’s Jingle Bells”—which closed out side one of The Andy Williams Christmas Album in 1963—survives. Blackhurst feels it’s the hardest one to learn the harmonies: “It took 36 hours to prepare, and it goes by in less than a minute—but once you have it, it’s priceless.”

As it is, their repertoire doesn’t leave a lot of room for changes. “We only learn maybe two or three things a year,” figures Stritch. “There are things we can’t cut because people really love them, and there are things we don’t want to cut because they were too hard to learn in the first place. ‘It’s the Most Wonderful Time of the Year,’ which Andy Williams memorably introduced, made the list this year, and there’s a new song by our friend, Todd Murray, called ‘Getting into the Swing of Christmas.’ Two weeks ago, I listened to it and thought, ‘Oh, this is kinda perfect.’”

Two songs—“Old Days, Old Times, Old Friends” and a novelty number called “Jingles, the Christmas Cat”—have been plucked from the playlist of Freddy Cole, who died in June of 2020 at age 88. “The tribute to him we started last year we’re continuing because he was such a big part of Christmas at Birdland,” promises Stritch. “For 10 or 12 years, he’d headline the Christmas week. After our show, we’d hang out at the bar—at least twice during the week—and join him on stage.”

“It was just masterful to watch him,” Blackhurst remembers. “He would just start playing some chord, and his band would know exactly where they were going. It wasn’t even like he called out a different song every time. He was just completely in the moment—and such a gentleman.”

“Freddy’s voice at Christmas was so cozy, like what we grew up hearing with his brother,” Caruso insisted. “He sounded exactly like Nat King Cole—you know, the way siblings sound alike.”

Cole’s two songs and two new tracks featuring Dave Koz on sax and Donny Osmond on vocals are on the recently released, updated version of the trio’s album, Christmas at Birdland (Deluxe Edition), from Club44 Records—“a tasty confection of a disc,” according to New York Arts Review.

Why Osmond? you might rightly ask. “He came to our first show,” reveals Caruso. “He and Marie were doing their own Christmas show on Broadway at the Marquis, and I told him we were doing one at Birdland. About 15 minutes into our show, when we were singing Kay Thompson’s ‘It’s the Holiday Season,’ he jumped up on stage, grabbed a mic and joined us singing. Then, he walked off-stage and left the building—and the audience kept wondering, ‘Is he going to come back?’ No.

“Donny Osmond is kinda the whole reason that we put this Christmas show together in the first place, so to have him on this new record of ours is rather like coming full circle. This project has always been non-stop happiness for us—from doing it at Birdland to recording it. It’s been a joy.”

To keep their Christmas-party record intact, the three zoomed their way through the pandemic—no problem for Stritch (“I did live screen shows from my house for 65 weeks—you learn how to do it”), but Caruso found it more than a little odd to have no live audience to play to. “It just felt so unique, like ‘Well, this is something completely different,’ but we’re glad to keep going. We wanted to be consecutive and always come through. No one was more grateful than us to do it.”

In the beginning, A Swinging Birdland Christmas began at 8, but, over the years, the starting-time has steadily slipped earlier in half-hour increments. “Then, about three years ago, it was 5:30 p.m.,” recalls Stritch. “We hated the idea, but the public really liked it. Now, we’re done by 7, and that leaves enough time for people to move on to a Broadway theater or have a lovely dinner.” 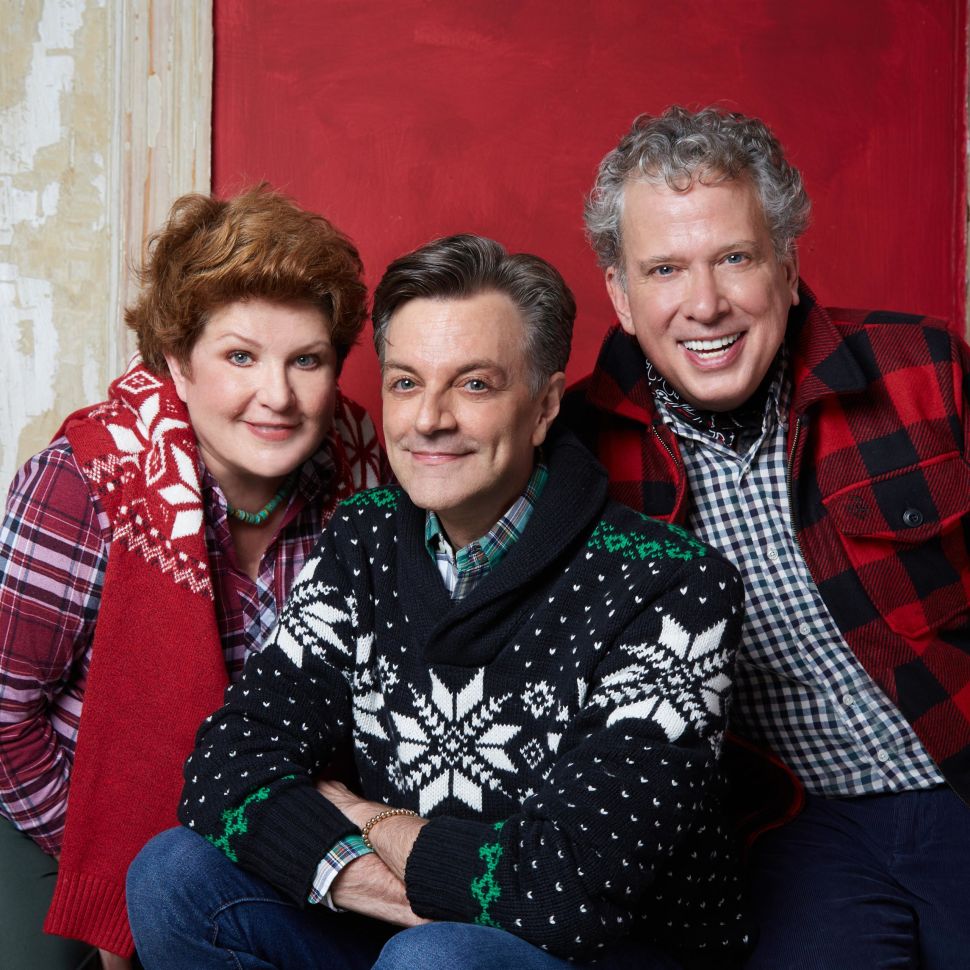