Fast-fashion giant Shein says it plans to spend $15 million over the next four years to improve its supply factories, the China-based company said in a press statement last week. The initiative was prompted by Untold: Inside the Shein Machine, an investigative series released in October on the U.K.’s Channel 4, which exposed the long working hours and low wages of its factory workers in Guangzhou, China.

The documentary reported Shein garment workers are paid as little as four cents per clothing item in work shifts that can last up to 18 hours. Two Guangzhou factories that were investigated required employees to work 12.5 to 13.5 hours daily with no fixed days off, which violated local Chinese labor laws that limit laborers to eight hours a day with a maximum of three hours overtime and a required weekly day off. Among the several labor abuse accusations raised in the documentary, Shein only acknowledged the working hour violations at the two factories.

After running its own investigation led by independent auditing firms, Shein maintains the factory hours are “significantly less than claimed in the documentary,” yet still surpass the local regulatory limit. It has since shut down operations in the factories until the issues are resolved.

Shein said it will spend $15 million towards its Supplier Community Empowerment Programme (SCEP), which is newly established to “improve standards” and make “physical enhancements” to its factories. It claims it will also invest $4 million to fund surprise inspections of factory conditions, expanding Shein’s Responsible Sourcing (SRS) program.

Inside the Shein Machine presents some of the first concrete evidence of Shein’s long- speculated labor violations. Guangzhou is home to most of Shein’s supply factories, and serves as its primary headquarters. Nearly half of Guangzhou’s clothing manufacturers are partnered with Shein, and the fast fashion monolith’s low-profit, high-quantity business strategy has exacerbated concerns over labor abuses in the region. Compounded with China’s continued intense zero-covid restrictions, Shein’s workforce are reportedly working extremely long schedules to match high volume orders at a quick pace.

Shein enjoyed a swift rise in the ecommerce world. In 2018, the Chinese fast-fashion retailer became a so-called unicorn company, or a startup with a valuation of more than $1 billion. Four years later, its $100 billion valuation now surpasses that of rivals H&M and Zara combined. With inflation still in full-swing, consumers shop at Shein for the extremely low prices, size inclusivity, and quick deliveries.

Shein is now the fourth largest private company in the world. At one point this May, Shein was even the most downloaded app in the U.S. for online shopping. However, Shein has also endured public scrutiny for its business model. Over the last three years Shein’s parent company, Zoetop Business Co., has been hit with over 50 federal lawsuits alleging copyright infringement. 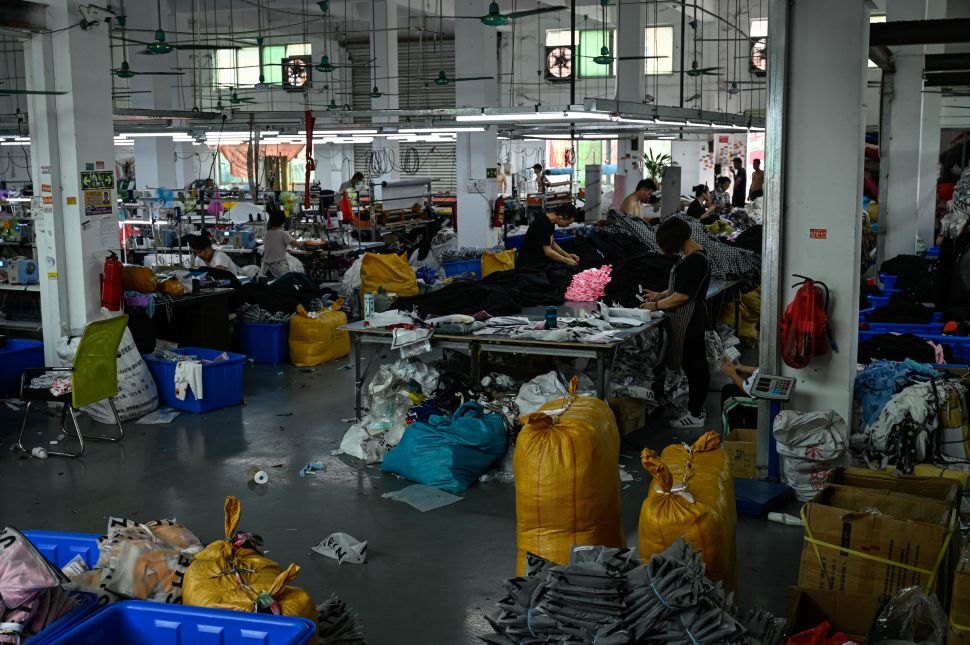