The movie industry generally wants all movies to be successful. But it really, really wants the Avatar sequel to be a success.

Avatar: The Way of , scheduled to open Dec. 16, is a long-promised sequel to 2009’s Avatar. The first film is the highest grossing movie of all time—a title it still holds—earning $2.9 billion since its release.

Buzz around Avatar: The Way of is largely positive. Fandango’s Erik Davis called it “phenomenal,” podcaster Josh Horowitz said it’s “as big as movies get” and Guillermo del Toro, an Oscar-winning filmmaker, called it “a staggering achievement.” Despite the movie not being released to the public yet, it has garnered Golden Globes nominations for best picture and best director. But the hype also needs to translate into big box office numbers if it hopes to entice movie fans back to theaters after Covid shutdowns and streaming services trained them to watch from home.

Here are the stakeholders counting on big returns:

With Avatar: The Way of , Disney footed the bill for one of Hollywood’s most expensive films to date. The $250 million budget likely swelled to between $350 million and $400 million, according to the Hollywood Reporter. And director James Cameron isn’t finished billing Disney yet. Disney has promised a total of four sequels to Avatar in the coming years, which will cost $1 billion in total. Cameron told GQ the film would have to be the third or fourth highest-grossing film in history to be profitable, which means it must make more than $2 billion. Using the average movie ticket price of $11 expected in the U.S., theaters would have to sell more than 180 million individual tickets to reach $2 billion in revenue (the first film sold an estimated 328.7 million tickets worldwide). Cameron expects fans to see the film multiple times in theaters.

Disney’s business model is built around franchises like Marvel and Star Wars it can use to create rides at its theme and spinoff shows for Disney+ that will drive subscriptions. A successful Avatar franchise would be a valuable addition to Disney’s roster. On the other hand a flop for Avatar: The Way of likely means cancelations for Avatar 4 and 5 (the third movie has already been filmed) and a resulting loss of synergies for Disney.

The Covid-19 pandemic closed theaters for months, and the rise of streaming has meant fewer film lovers are returning to theaters now that they’ve reopened. While some films brought crowds to theaters this year, like the sequels for Top Gun, Doctor Strange and Black Panther, theaters don’t have the consistent attendance they did prior to Covid. In 2021, theaters sold 40 percent of the tickets they did in 2019. As of the first week of December this year, theaters sold 60 percent of the 2019 total.

AMC, the world’s largest movie chain, announced last month it would cut 20 percent of U.S. staff. The next largest chain, Cineworld, filed for bankruptcy in the U.S. and is terminating leases for 20 of its 505 U.S. theater locations. Ticket seller Fandango and review site Rotten Tomatoes are among the other companies that benefit from a thriving film industry.

A high-yielding release could help theater exhibitors earn a profit. Many hoped Top Gun: Maverick would be the turning point, and for a while ticket sales soared, but they still slumped in the months following the premiere.

In his career, Cameron has been nominated for 92 awards and won 54 of them. He directed Avatar and Titanic, the first and third highest grossing films of all time, making him one of the most accomplished Hollywood directors. At 68 years old, Cameron said he’ll be close to 90 by the time the Avatar franchise finishes. He’ll not only have spent huge amounts of time on the films, but they might be the last major films he works on. Flops for the Avatar sequels could be a disappointing end to his career.

He also put a personal stake in the film’s writing, drawing from his own experiences as a father. Avatar: The Way of  centers largely around family. “The overarching idea is, the family is the fortress. It’s our greatest weakness and our greatest strength,” Cameron told the Hollywood Reporter. “I thought, ‘I can write the hell out of this. I know what it is to be the asshole dad.’” High returns could validate the director’s experience.

Cameron also reportedly earned $350 million from the first Avatar, so there could be a huge pay day riding on the film’s success.

Streaming will continue to change Hollywood, from how actors earn money to how contracts are written. And given that theatrical revenue is still down from pre-Covid numbers, Hollywood could use a financial boost from an Avatar smash.

The popularity of streaming has also compromised Hollywood’s image. It has been telling a tale about itself for years, evident in Nicole Kidman’s in-house advertisement for AMC, in which she says viewers are reborn when watching movies in a theater. But streaming diminished some of the magic and luxury of movie-watching. Avatar needs to be watched in theaters, Cameron told the New York Times. And if it performs well in the box office, it could help supply the cultural reaffirmation Hollywood needs. 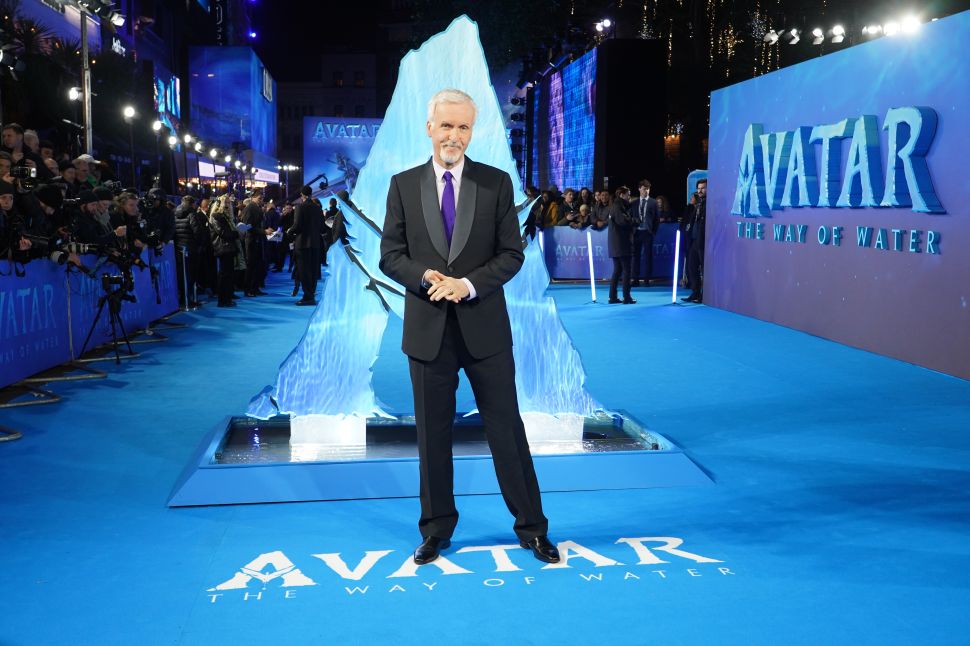