So, how goes it these days at Casa Swenson-McDonald?

“Well,” sighs Audra McDonald with well-earned weariness, “there’s been lots of coming and going this weekend—and very little sleep.” She spent Saturday night headlining her own concert at Carnegie Hall and Sunday night among the first-nighters at the Broadhurst, watching her husband of 10 years, Will Swenson, turn into Neil Diamond for the musical biography A Beautiful Noise. “Thank God, we’re both actors and understand,” she says. “There’s a lot of empathy we’re sharing for what we’re both going through. We’re just trying to lean on each other to get us through.”

Then, four days after Swenson’s Broadway opening, she has one of her own—Ohio State Murders by Adrienne Kennedy. The playwright has been buzzing around Off-Broadway since the mid-‘60s, sweeping up Obies and Lifetime Achievement Awards as she goes, and is now, at 91, making her Broadway debut—at the James Earl Jones Theater, newly renamed for the actor (who’s also 91).

Can things possibly get more complicated for McDonald? Yep: In Ohio State Murders she plays two versions—young and old—of Suzanne Alexander, the recurring character who narrates the dramatic action across four of Kennedy’s works, known collectively as the Alexander Plays.

The actress has read them all, and Ohio State Murders is, hands down, her pick of the litter. “The other Alexander Plays are equally evocative and powerful, but this one is my favorite,” she says.

McDonald figures there’ve been other productions in which the lead actress did double-duty, so she and her director, Kenny Leon, went to Kennedy to get the playwright’s okay to double up. The play, as McDonald explains, is non-linear, more about memory than chronology. “To be able to step into those scenes as the same actress and relive them like Suzanne is reliving them in her mind,” she says, “helped me to acclimate even more to what is going on. It helped me find my way into it more emotionally than just step back as an observer and watch.”

The Alexander plays are semi-autobiographical. As Ohio State Murders opens, a middle-aged Suzanne has returned to the campus of her alma mater, Ohio State (where Kennedy herself enrolled as one of the few black students in 1949), to lecture students on the violent imagery in her writing. The angst at the play’s core is a case of murdered infant twins, and, although the killer takes human form, the overriding villain of the piece is the institutionalized racism Kennedy first encountered at this university.

For years, Kennedy stared at the blank page in her typewriter, struggling to put those traumatic times on paper. Then in 1989 she was teaching at Stanford when the Loma Prieta earthquake struck; she found herself cowering in a closet, believing she was about to die.

Instead, she lived, and the story she was dying to tell was jarred loose. Ohio State Murders, Kennedy once recalled, suddenly started filling the blank pages. “I’d walk up and down sorority row and recall how in Columbus they didn’t want blacks to walk on those rows. It just poured out.”

While putting this Broadway production together, actress and author have bonded big-time. “I talk to her about once a week,” McDonald says. “We discuss our childhood and the way we were raised and what excites us. There are lots of similarities there. In some ways, maybe I had more in common with her than I realized before I got to know her. She’s very open and always a teacher, constantly giving me movies and books and things that I need to read. She taught for decades and decades. All the backstory work that I did on this production, I did just by talking to Adrienne.”

The first and last thing you hear when you enter and leave the James Earl Jones Theater is Kennedy’s voice; she’s being interviewed by her grandson. That McDonald’s cadences onstage are similar is wholly intentional. “There’s a specific rhythm in Adrienne’s words that I have to play,” she explains. “Once I started thinking about how she speaks and the rhythm she uses, I realized how helpful the recordings were. We decided it’d be a way to help me find my way into the character.”

Kennedy’s voice provided something comparable for Ruby Dee 30 years ago, when Ohio State Murders made its world premier at the Great Lakes Theater Festival in Cleveland. “When Ruby Dee took on the role, she requested that Adrienne read the entire play to her so she could hear it,” explains McDonald. “The rhythm is inherent in the writing.”

One statistic that you won’t find in McDonald’s modest, eight-line Playbill bio: She’s won more competitive Tony Awards than anyone—six—and it took her just nine years to match the career-long Tony totals of Angela Lansbury and Julie Harris (both six-time winners, including lifetime achievement awards). She made her mark across dramas, musicals and dramatic musicals. Her Holy Half-Dozen are Carousel, Master Class, Ragtime, A Raisin in the Sun, Porgy and Bess and Lady Day at Emerson’s Bar and Grill.

So perhaps it’s not such heavy-lifting for her to begin at Carnegie Hall and end on Broadway. “Carnegie Hall was booked first, so we had to carve some time out,” McDonald says. “The timing problems were deeply crazy and not necessarily ideal, but I tried to honor both commitments.”

She has performed at Carnegie Hall at least 20 times in all three halls, starting with the San Francisco Symphony in 1998. Saturday night’s bill of fare included her trademark mix of Broadway tunes, Great American Songbook classics and pieces written for her by contemporary composers.

Now, in four days, it’s on to Ohio State Murders and what the six-time Tony-winning actress calls “the most difficult role I’ve ever played.” She’s on stage all 75 minutes, which is “as taxing as Lady Day—probably a bit more because the language is so incredibly complex. It’s very challenging.” 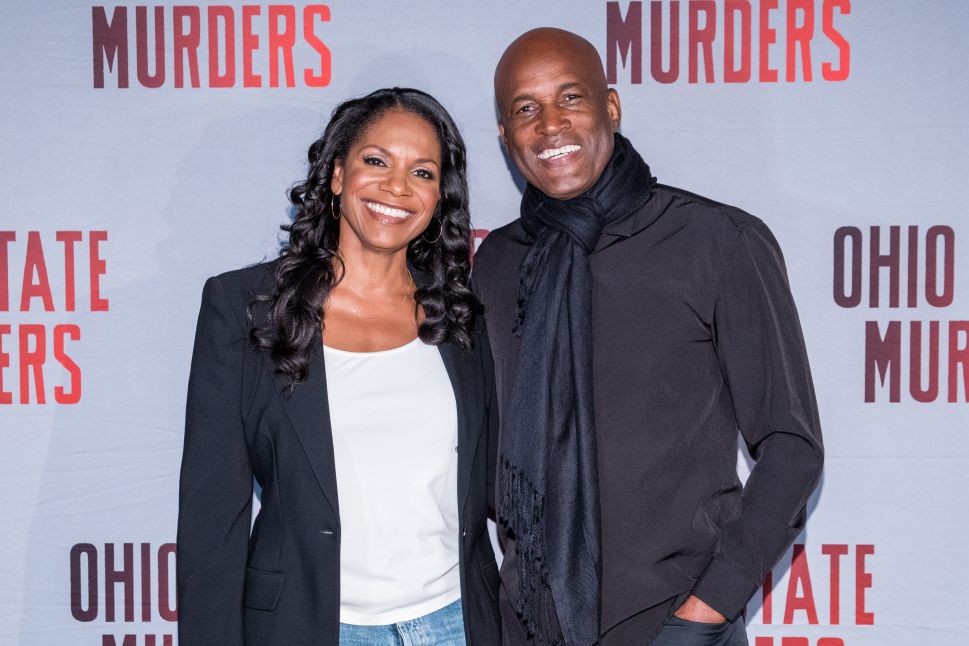