Proclaiming certain movies better than others is a subjective pursuit, but what is the end of the year without a year-end list? 2022 was a strong year for film, especially as studios began pushing theatrical releases again, and some of the best were the smaller movies driven by a filmmaker’s distinct vision. While the strength of blockbusters like Black Panther: Wakanda Forever—a very good movie—and Top Gun: Maverick can’t be denied, for me the most successful films were the ones that expressed an emotional truth. The ones that made us feel more connected to what makes us human.

My top 10 list, like any critical list, represents a specific perspective. There are a few notable films I still haven’t seen, like Avatar: The Way of and The Fabelmans, because the studios haven’t screened them for me yet. But this list represents 10 of the films that stuck with me in 2022. These are the movies that lingered. I’m still thinking about them, weeks or months later. The viewing experience was, in some way or another, deeply impactful. Maybe they will be for you, as well.

A good film should offer a viewer one of two essential things: It either holds up a mirror, allowing someone to see themself onscreen, or it creates empathy, encouraging the viewer to better understand someone completely unlike them. The Inspection serves both, depending on who is watching. The emotionally-poignant drama, based on writer/director Elegance Bratton’s own experiences, features Jeremy Pope—in a star-making performance—as a queer Black man who becomes homeless after his mother disowns him. To survive, he enlists in the Marines during the era of “Don’t Ask, Don’t Tell.” If you think you know where the story is going, you don’t. The Inspection is unexpectedly hopeful, suggesting that we should endeavor to protect the person to our right and to our left no matter what. It’s Bratton’s debut feature, but certainly won’t be his last. For me, it generated empathy at its deepest level. I felt this movie.

The title of Women Talking suggests a far more boring film than it turns out to be. Directed by Sarah Polley, who adapted Miriam Toews’s 2018 novel, Women Talking an undeniably compelling movie that comes face to face with some of the most important issues of the #MeToo era. Its cast, which includes Claire Foy, Rooney Mara and Jessie Buckley, will befuddle the Best Actress Oscar race because each actor is better than the next. The story is heartbreaking but retains a sense of much-needed optimism. By focusing on the voices of the women, Polley makes the actions of the (unseen) men so much starker and more devastating.

Is it finally Colin Farrell’s year for the Best Actor statue? Let’s hope so. His work in Martin McDonagh’s The Banshees of Inisherin is as impressive as it is heart-rending. The film reunites Farrell with Brendan Gleeson as two friends living on a remote Irish island. When one suddenly ends their relationship, all hell breaks loose. It’s funny, bittersweet and ultimately reflective, and its supporting cast, including Barry Keoghan and Kerry Condon, add to the success of the story and its emotional heft. McDonagh can be hit or miss with his films, but this one, which is deeply personal to the Irish writer and filmmaker, is truly one of the year’s best.

I said most of what I have to say about Kogonada’s immaculately beautiful film After Yang in my review, however it bears repeating that the movie is one of the year’s most impactful. The pensive, carefully-wrought piece, about a family grappling with grief after their android malfunctions, showcases Colin Farrell’s other incredible performance of 2022, although it has been overshadowed by his work in Banshees.

Joachim Trier’s existential film The Worst Person in the World hits on a universal truth: none of us know what we’re doing. The filmmaker arrives at that conclusion in a devastating beautiful way, following Julie (Renate Reinsve) as she struggle to make sense of her life over the course of 12 chapters. As I wrote in my review earlier this year, the film is “a poignant reminder there is beauty in that uncertainty if we can only accept it.”

There’s an incredible precision in Todd Field’s Tár, which stars an unparalleled Cate Blanchett as a famous (fictional) composer named Lydia Tár. Every element of the film arrives together like an orchestra playing a symphony and that sense of control only augments the story’s unexpected conclusion. Field’s sense of world-building is so complete and detailed that Lydia feels wholly real. It’s impossible to think that she doesn’t really exist. The film asks a lot of questions, largely about how we perceive and understand culture, and Field allows the viewer to find their own answers. Blanchett is an eternally-impressive actor, but this is next level. She is Lydia Tár, who is real. While the runtime is long, the film doesn’t ever drag, and its closing scene, so perfectly wrought, is the punchline you didn’t see coming.

In her feature debut, Charlotte Wells deals with memory in a way that is both melancholic and exquisite. The film, about a woman remembering a vacation she took with her father when she was 11, stars Paul Mescal and a precocious Frankie Corio, who imbue the story with a sense of genuine emotional connection. As I wrote in my review, “it’s impossible to deny the immersive, dreamlike quality of Aftersun, which hinges its success on the impressive performances from Mescal and Corio.” It’s the sort of movie that lingers, urging your own hazy memories from the depths of your mind.

Céline Sciamma’s Portrait of a Lady on Fire was an immediate masterpiece. Her follow-up, Petite Maman, received less high-profile acclaim, but it is equally deserving. It’s a delicate and quiet film, as I wrote in my review, and its low-key nature doesn’t make it any less impactful. If you missed this one, go back. It’s full of rewards.

I would pay to see Prey in a theater—and so, I think, would many viewers. Although the film hit a far larger audience on streaming, its immersive, tension-filled quality belonged on the big screen. The movie, a prequel to Predator, did everything a thriller should do: scare, excite and ultimately leave you cheering for its hero. And what a hero we got in the form of Naru (Amber Midthunder), a Comanche warrior who has to outsmart a Predator foe to save her tribe. Director Dan Trachtenberg masterfully paced the story, which culminates with a smart, memorable show-down. The attention to cultural and historical detail deserves recognition, although that’s not ultimately what makes Prey so great. At the basic level, this is good story-telling and good filmmaking. The best onscreen dog we’ve seen in years doesn’t hurt, either.

There’s no other way to say it: The Northman is an awesome movie. In the hands of director Robert Eggers, the ferocious Viking epic gets under your skin, inside your ears and remains there. It is visceral viewing experience. While the film came out much earlier in the year, seemingly discounting it from the awards race, it shouldn’t be so easily forgotten. I wrote in my review, “There is a true urgency to the film. It grabs you by the throat and spits in your face, and it’s absolutely exhilarating.” Turn the sound way, way up for this one. 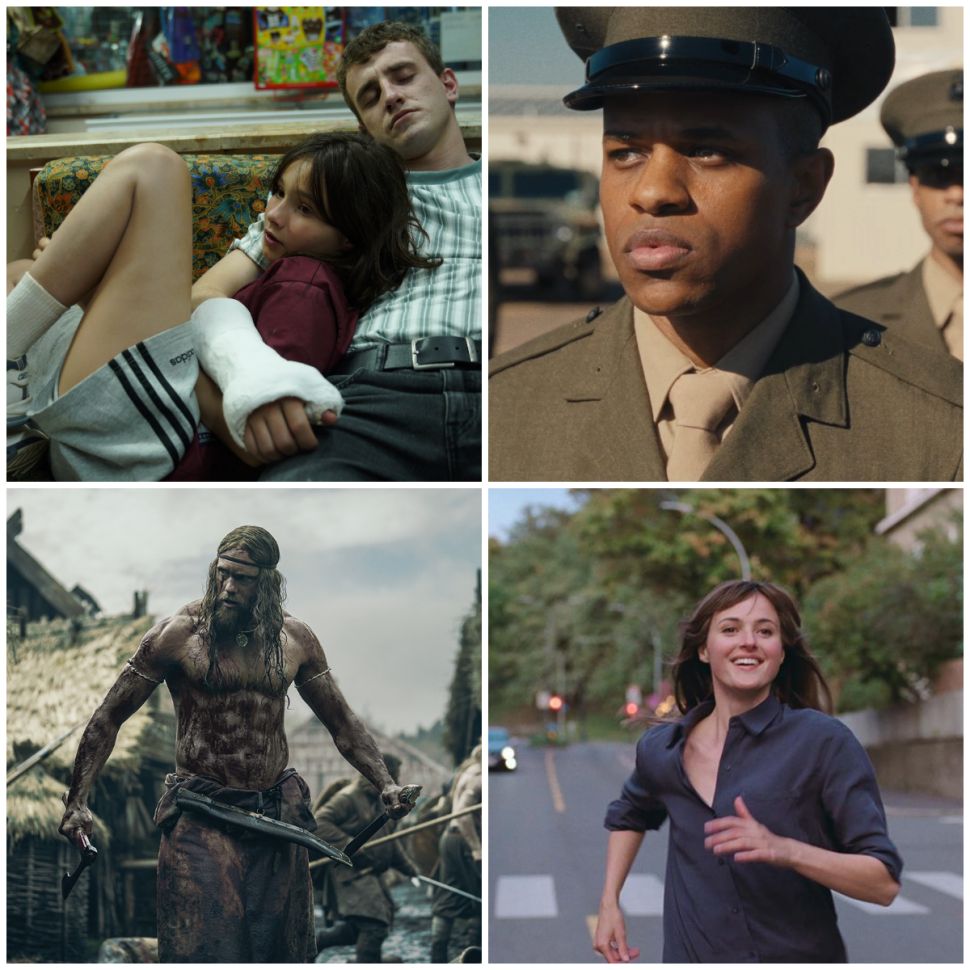