The C919, built by the Commercial Aircraft Corp of China (COMAC), is a rival of Airbus A320neo and Boeing 737 MAX aircraft families. The airplane was certified for safe operations in September and mass production in November.

China Eastern Airlines has ordered five C919 planes. It said it expects to receive the remaining four aircraft over the next two years. The C919 is scheduled to begin commercial operation in early 2023 with a maiden flight from Shanghai to Beijing.

China’s four largest airlines operate a total of about 2,200 Airbus and Boeing planes, according to Bloomberg. This summer, the Chinese government ordered 292 passenger jets from Airbus for three state-owned airlines. It’s the largest order Airbus has ever sold. 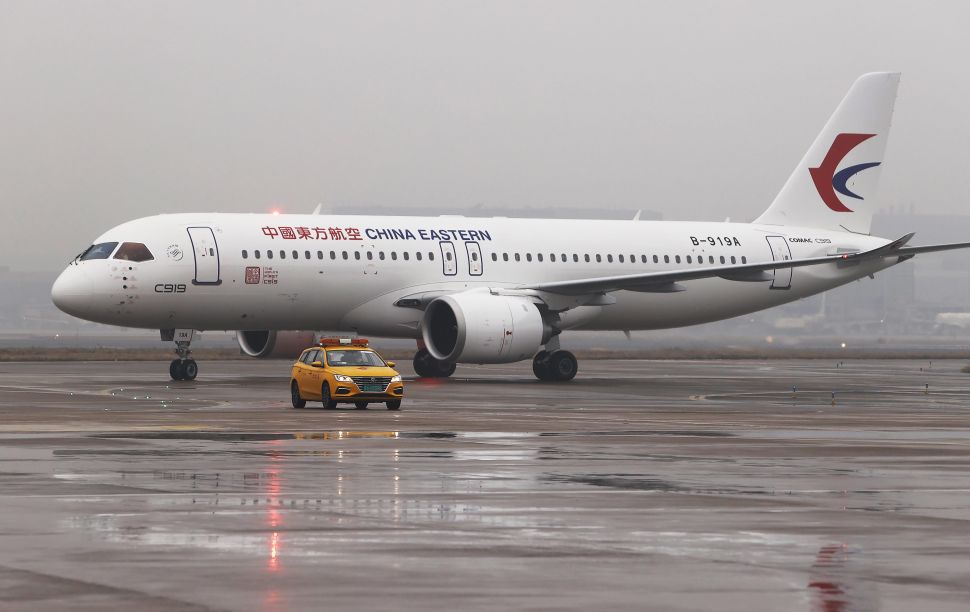