Elon Musk’s increasingly provocative attacks against the Biden Administration on Twitter is tarnishing the brand image of SpaceX and could potentially damage future business of the rocket company, whose largest customer is the U.S. government, according to new market research.

The public perception of Musk’s host of companies is already taking a hit because of his politically polarizing comments on social media. Surveys by Morning Consult, a market research firm tracking consumer opinions of specific businesses, show the approval of Tesla, Twitter and SpaceX have all dropped significantly since Musk announced his offer to buy Twitter in April. The decline was largely driven by opinions among Democrats, said Jordan Marlatt, a tech analyst at Morning Consult.

For SpaceX, approval is dropping among both Democrats and Republicans. Overall net favorability, measured by the percentage of people who have a positive view of the space company minus those with a negative view, is 14 percent as of November, down from 23 percent seven months ago. Net favorability among self-described Democrats fell to 8 percent from 28 percent over the period, while the view of Republicans dropped less severely to 40 percent from 46 percent, Morning Consult’s data show.

For Tesla and Twitter, net favorability fell among Democrats while it increased among Republicans, according to Morning Consult’s data.

Declining opinions of these companies could eventually hurt their revenues, but to different extents. “For Twitter and Tesla, these trends could mean trouble because they’re consumer-facing and audiences that have engaged with these brands historically were more left-leaning,” Marlatt said.

For SpaceX, the impact isn’t as easily measurable since its largest customers are NASA and the Department of Defense, which have more rigorous procurement processes than traditional consumer-facing businesses, Marlatt said. “The wild card isn’t so much that Musk’s companies are more favored by Republicans, but his unpredictability. If the perception of chaos at Twitter spills over to SpaceX, then confidence in the company to execute on its obligations will likely decline.”

NASA Administrator Bill Nelson, a former Democratic Senator, is concerned Musk’s controversies at Twitter may affect operations at SpaceX. Nelson said at a press conference earlier this month he recently expressed his worries to Gwynne Shotwell, SpaceX’s president and chief operating officer. Shotwell assured him that Twitter won’t be a distraction from Musk’s obligations at SpaceX, Nelson said. Musk is the space company’s CEO, CTO and chief designer.

Currently, SpaceX is a major NASA contractor and regularly launches astronauts and cargo to the International Space Station. It is also under a contract to develop a human landing spacecraft on the Moon for the space agency. On the military side, SpaceX is under a contract to develop a rocket to transport weapons and humanitarian aid around the world for the U.S. Air Force.

SpaceX won these contracts through bidding against longtime government contractors, such as Lockheed Martin, Boeing, and their jointly owned rocket manufacturer, United Launch Alliance (ULA). SpaceX’s reusable rocket technology allows it to perform space missions for the government at a lower price than competitors. Lockheed Martin has criticized SpaceX for starting a price war among aerospace contractors.

Leaders of large companies, particularly those dependent on government contracts, generally refrain from attacking any political party for fear of alienating customers with a different political affiliation. But Musk could care less, it seems.

On Dec.2, Musk released “Twitter Files,” a collection of Twitter’s internal communications in 2020 showing the social media company decided to ban former President Donald Trump’s account and restrict sharing of a New York Post story in October 2020 exposing alleged corruption of then Democratic presidential candidate Joe Biden. He’s also called for the prosecution of Anthony Fauci, the face of the administration’s response to the Covid-19 pandemic.

Earlier this year, Musk called the Democratic party the “party of division and hate” in a tweet in May and said he will vote Republican in the future. 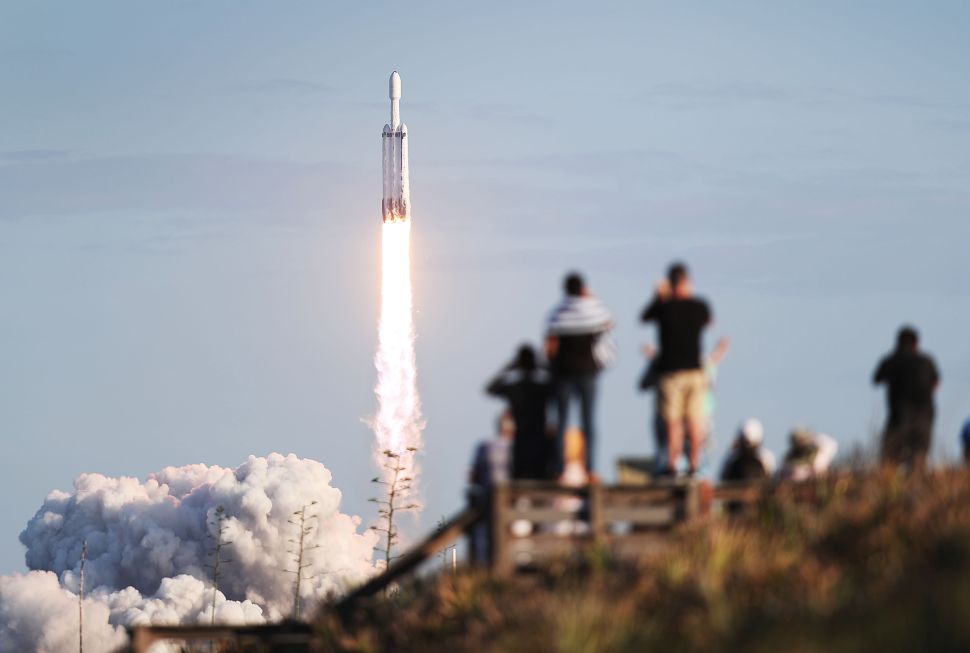