After blasting Apple earlier this week, Twitter CEO Elon Musk seems to have eased tensions and resolved the issue of Twitter potentially being taken off Apple’s App Store. He visited Apple’s headquarters Nov. 30 and spoke with Tim Cook, Apple’s CEO, later tweeting the issue was a “misunderstanding” and that Apple never considered doing so.

Musk fired off a string of tweets criticizing Apple, who he said threatened to remove Twitter from the App Store and pulled most of its advertising from Twitter. He didn’t address the latter issue but it appears Apple did not “mostly stop” its advertising as Musk claimed, according to an investigation by Gizmodo that showed Apple spent more than $1 million advertising on Twitter in November, up from its October number.

Musk has also been openly critical of the 30 percent fee Apple levies for in-app purchases. He reportedly delayed the Twitter Blue release Nov. 29 to find a way to circumvent the charge. Musk didn’t clarify if the two CEOs talked about this issue, but Mark Zuckerberg, Meta CEO, seemingly sided with Musk Nov. 30 after saying Apple’s policies create a “conflict of interest.” 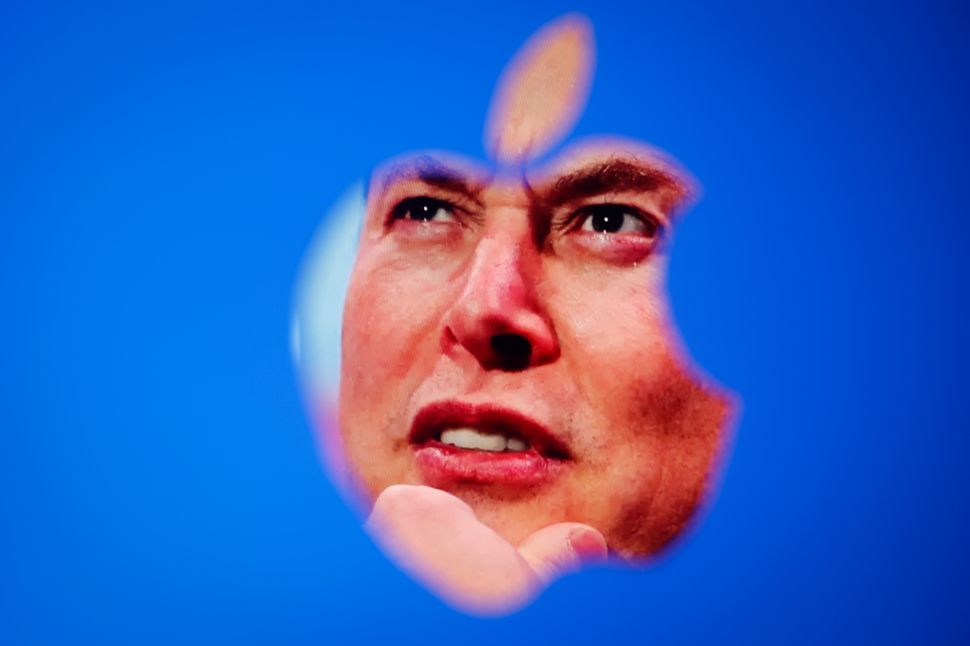