The trend this holiday season (great actors in mediocre, maudlin movies) continues apace with phenomenal award-winning Olivia Colman in Empire of Light, working hard to prove she can play downtrodden social rejects with the same dignity as the upper-class heroines and British royalty at which she usually excels (she won the 2018 Best Actress Oscar as Queen Anne in The Favourite).    Under the often reliable guidance of writer-director Sam Mendes, she now tackles the difficult and only intermittently worthy role of a paranoid schizophrenic named Hilary, suffering bouts of mental collapse while dragging herself through the snow each day to sell licorice and cigarettes at the concession stand of a dying Art Deco movie house called the Empire in a once-popular seaside town on the south coast of England. A fading relic of bygone days, the Empire still attracts old standby customers who come in to get out of the cold and pass the time watching junk films like The Blues Brothers and Smokey and the Bandit.

Hilary leads an empty, desolate life, staring at the snow, popping tranquilizers, and succumbing from time to time to the sexual assignations of her handsome, white-haired, abusive, unhappily married boss (a wasted, ill-advised Colin Firth, of all people).  Other members of the meager, slowly decreasing staff include Stephen (Micheal Wright), a young black newcomer who acts as a handyman, and Norman, the proud projectionist (strongly played by the great British character actor Toby Jones, who many believe should have won an Oscar for his sensational screen portrayal of Truman Capote instead of the late Philip Seymour Hofffman). His duty in the film is to offer occasional pep talks about the magic of movies and their ability to uplift the senses in times of despair.

His optimism is the film’s badly needed undercurrent, but it falls on deaf ears. Middle-aged, white, bipolar Hilary spends long absences from work in mental institutions, zoned out on lithium. And black, college-age Stephen, whose skin color places him in harm’s way, is violently beaten on his way home from the Empire by the skinhead punks in a motorcycle gang. The muddled romance born of their mutual loneliness and desperation for companionship comes to nothing, and we’re left with a film that swerves between a dull psychological study of mental illness, an implausible love story with no payoff, and a social observation of England’s changing socio-political scene in the 1980s. Watching the misguided artistry at work in Empire of Light, it’s hard to fathom just what attracted so many top-tier talents to a project of such torpor.

A wasted talent is as sad as an empty mind, and we’re getting a lot of it this holiday season. 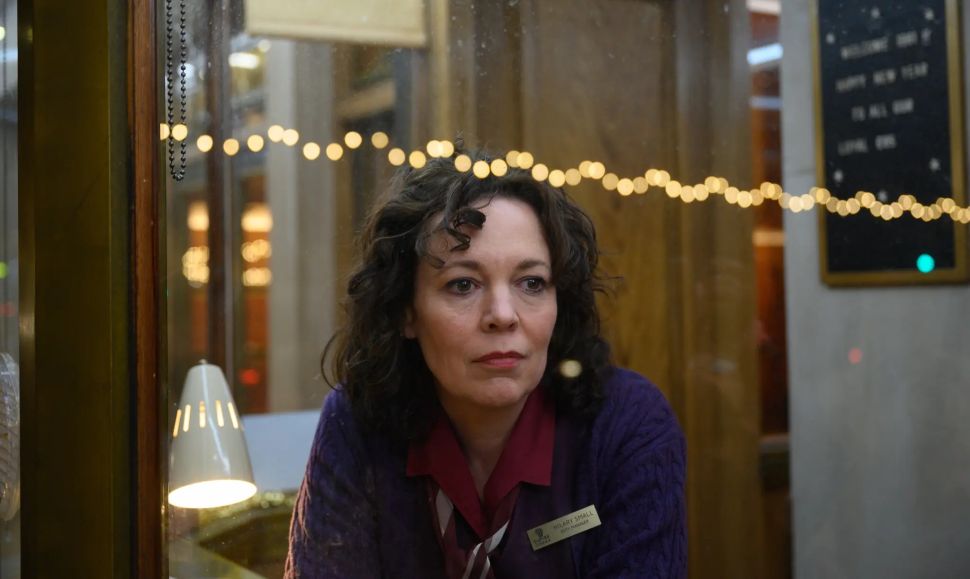