Sam Bankman-Fried, the disgraced founder of bankrupt cryptocurrency exchange FTX, said his lawyers advised him to say nothing to the press and “recede into a hole” while the dust settles. He is talking anyway, doing one media interview after another from his penthouse in the Bahamas.

“I think I have a duty to talk to people. I have a duty to explain what happened,” the 30-year-old entrepreneur said during a virtual interview at the New York Times DealBook Summit on Nov. 30. “I don’t see what good is accomplished by just sitting locked in a room pretending the outside world doesn’t exist.”

But public relations experts question what good he is accomplishing by embarking on a press tour to talk about his failure. They say it’s an unwise strategy that may end up doing more damages to his already battered reputation.

Cohen, a director at Principium Psychiatry in New York City who regularly evaluates criminal defendants for courts, said committing a crime sometimes creates a “cognitive dissonance” to the culprit. “They don’t believe they’ve violated the law. Some defendants deal with that by talking a lot—about what happened and trying to present a narrative that would put them in a favorable way,” he said.

Excessively speaking to the media is also a pattern seen in criminals with a narcissistic personality and psychopath traits, Cohen added. “Sometimes we see people talking to the media, even against their own interests and the advice of their attorney. But they just can’t help themselves because the attention is very gratifying to them,” he said.

Bankman-Fried is under investigation by multiple federal agencies, including the U.S. Justice Department and the Securities and Exchange Commission. He could face a host of civil and criminal charges, legal experts say. He hasn’t been charged of any crime yet.

During his interview at the DealBook Summit, Bankman-Fried said he’s not thinking about criminal liabilities at the moment. “I think there’s going to be a time and a place for me to think about myself and my own future. But I don’t think this is it,” he said.

In most of his interviews following FTX’s bankruptcy, Bankman-Fried appeared apologetic but maintained that he had no knowledge about potentially fraudulent activities at his own company, including using billions of dollars of customers’ deposits as collateral for loans for other purposes. On multiple occasions, he seemed to deflect blame to Caroline Ellison, the former CEO of Alameda Research, a trading firm Bankman-Fried founded as a subsidiary under FTX Group.

“Bankman-Fried probably believes since he was the one who built his reputation, he will be the one to fix it, and is using any media opportunity presented to him,” said Ronn Torossian, the founder of 5WPR, a New York-based public relations agency. “Regardless of how frequently he attempts to deflect blame and responsibility onto others during these interviews, he continues to do more damage to himself.”

Michael Toebe, a PR expert who specializes in crisis management for businesses and individuals, compares Bankman-Fried to Theranos founder Elizabeth Holmes. “They both appear to be overconfident, reckless and operating with the belief that they are smart enough to pull off the con and escape legal consequences,” Toebe said.

“Bankman-Fried seems to be enjoying the media attention. But this strategy didn’t work well for Holmes. It won’t work for Bankman-Fried either. No one is buying his story,” Toebe added. 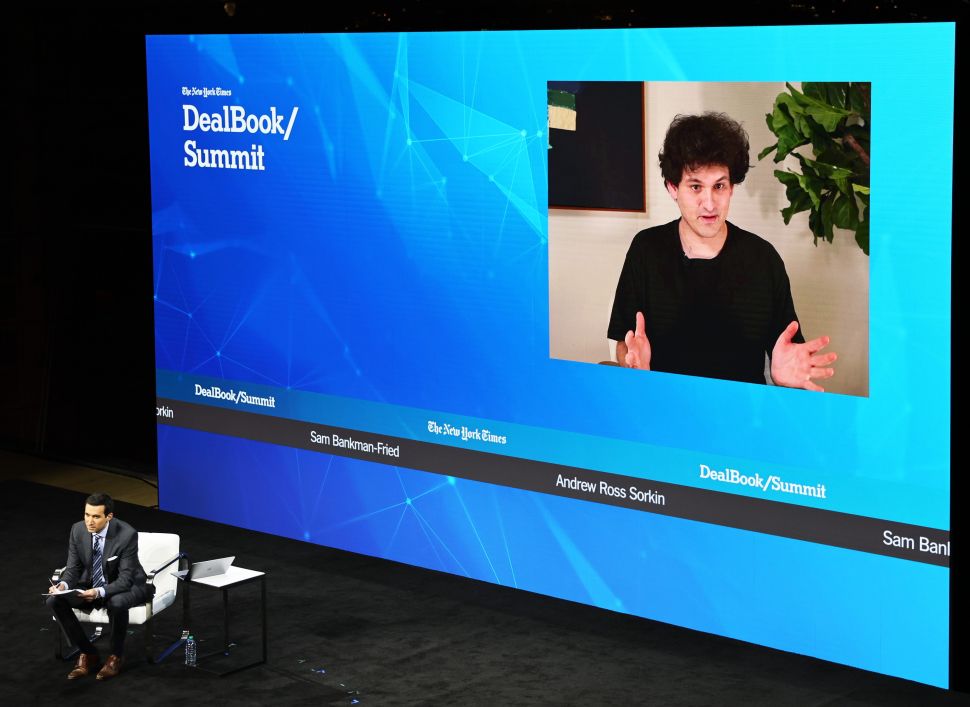