The constant discussions about “saving cinema” seem to miss one important thing: Going to the movies can—and often should—be fun. That’s the sensibility at the heart of Rian Johnson’s Knives Out series. The writer and director instinctually understands that moviegoing is a communal experience that is ultimately meant to be enjoyed, which is why it’s so confounding that Netflix only kept Glass Onion, the sequel to 2019 whodunnit Knives Out, in theaters for a week. This is the sort of riotous good time you want to watch in a crowd with shared laughs and gasps.

The initial film introduced Daniel Craig’s smooth-talking detective Benoit Blanc, an investigator with an attention to detail and an affinity for grand reveals. In Knives Out, a surprise breakout hit, Blanc solved the murder of a wealthy novelist with finesse and style. Glass Onion retains a similar structure—Blanc is brought into an existing group of people to discover the potential killer—but the set pieces and the stakes are far greater, as befits a sequel.

The double success of Johnson’s mystery thrillers lies both in the plot twists, which are good although not great here, and the ensemble cast. The director has assembled an unlikely but genuinely delightful group of actors for Glass Onion, who play a group of old friends with scores to settle. Edward Norton, in near-perfect form, embodies Miles Bron, a tech billionaire who has enough eccentricities to put the new owner of Twitter to shame. Miles gathers his pals—slimy politician Claire (Kathryn Hahn), scientist Lionel (Leslie Odom Jr.), Twitch bro Duke (Dave Bautista), vapid model Birdie (Kate Hudson) and his former partner Andi (Janelle Monáe)—on his ridiculously overwrought private island for a reunion. They are still reeling from a court trial where Andi sued Miles for stealing her idea, but everyone puts on a good face for the party.

Blanc finds himself on the island unexpectedly, the recipient of an invitation that apparently did not comes from Miles. Still, Miles is delighted by the detective’s presence as he has planned a fake murder mystery event for the guests in which they will have to determine who “murdered” him. Of course, the best intentions are often thwarted, as transpires when one guest actually ends up dead. It’s best to go into the story with as little knowledge as possible, since it’s the mid-story twist that makes the film so compelling. Johnson builds an intricate plot that relies on the audience seeing some of the scenes from multiple perspectives. The eventual mystery is more complex than just one dead body, a revelation that is slowly unveiled is a way that occasionally lacks tension. But Johnson has a final reveal in store that is equal parts hilarious and over the top.

What sets Glass Onion above the trendy slew of whodunnits that have emerged since Knives Out is the characters and the cast. Each character is so carefully constructed that even when one feels like a caricature it quickly becomes clear they are not. While Monáe has deservedly received a lot of the acclaim so far, Hudson and Bautista are the real standouts as they make terrible people extremely watchable. Although this is a whimsical crime flick, which features a welcome share of laugh-out-loud moments, Johnson also seems interested in saying something about these characters. He puts rich, obnoxious people, who succeed based on money, connection and manipulation, at the forefront as a way of critiquing them. Miles is, of course, the worst of them all, a tech billionaire who is beyond parody. His entitlement seeps through the screen, reminding us of what happens when we give the one percent too much power and control. It’s a poignant lesson in the current landscape.

Glass Onion is not a perfect film—the cameos are unnecessarily endless and sometimes you’ll wish Blanc would just cut to the chase—but it makes for a really good time. I saw it during its European premiere at the London Film Festival and I was seated a few rows away from the cast. All of them, from Bautista to Craig, were shrieking, guffawing and gasping along with the audience. While the slog of awards season might suggest that you need to go see prestige features in order to save cinema, you don’t. It’s okay if a movie is simply fun. In fact, it’s better. 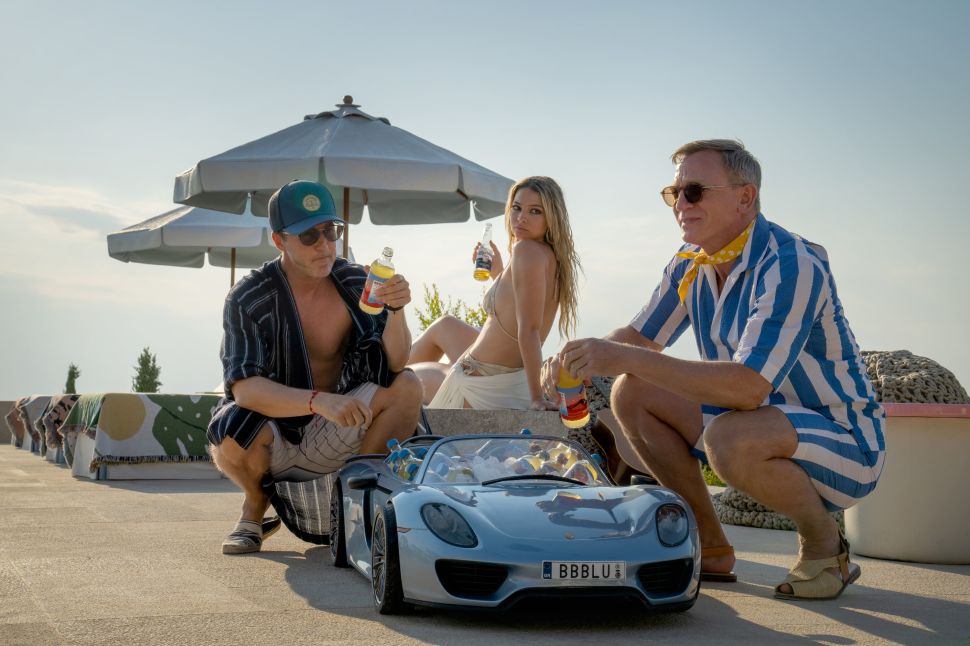