“And the winner is…”

If your immediate impulse is to interrupt such an announcement with a “Who cares?”, you’re not alone. The magazine that conducts the Sight & Sound decennial poll to determine the “Greatest Films of All Time”—the results of which became public December 1 at 2 PM ET—has been issuing acknowledgements all year that Yes, yes, you don’t need to tell us!: The whole enterprise is an exercise in various levels of ridiculousness and, possibly, irrelevance.

“What good does a Greatest Films list do for anyone in this year of 2022?” began an essay by the U.S. critic Farran Smith Nehme in Poll Position, a monthly front-of-the-book column that Sight and Sound editors introduced this year apparently in order to pre-emptively challenge the survey’s worth. A headline on another Poll Position column  called the poll “a preposterous game.” “I think the game’s up,” wrote that month’s contributor, UK critic and film historian David Thomson. “The Sight and Sound poll is a comedy, an elaborate, solemn leg-pulling.” Christina Newland, a journalist specializing in popular culture, concluded, “It’s fundamentally absurd to talk about art.”

Is it? When the Sight and Sound poll first appeared, in 1952, the concept of movies as “art” was not new (it had been around for decades), but among filmgoers, a serious consideration of the possibility was still young. Then again, the movies were still young. Talkies were only 25 years old, and of that first class of the Greatest Films of All Time, six of the top twelve (rather than ten, due to ties) were silents. The winner itself, Vittorio De Sica’s Bicycle Thieves (with all of 25 votes), was only four years old.

A decade later, though, the influence of the Cahiers du Cinéma crowd of such critics and soon-to-be French New Wave auteurs as Truffaut, Rohmer, Godard, Rivette, Chabrol (as well as the whole auteur theory, which posits the director as the “author “of a movie) was ascendant, and a new “Greatest Film” emerged: Citizen Kane.

And if you’ve read this far into this essay, you likely are serious about film as art. You likely know that frame by frame, line by line, Citizen Kane is a master class in the art of cinema. Citizen Kane might not have ever secured its permanent position on my own Top Ten list of the “Greatest Films of All Time” if it hadn’t occupied a place on the Sight and Sound Top Ten list for decades and thereby occupied, when I came of age as a jaw-dropped discoverer of everything cinematic, the arthouse and repertory theaters that provided a virtual PhD in the history of cinema.

In 2012, another film finally displaced Citizen Kane: Vertigo. The day of that announcement, the Sight and Sound website crashed, partly because so many cinéastes (a term that itself echoes Cahiers du Cinéma‘s influence on the vocabulary of the film-as-art discussion) were waiting for the results, and partly because so many moviegoers, cinéastes or not, wanted to see for themselves a phenomenon that was clearly a shock to the system.

But what manner of system? Over this past decade, a consensus has emerged: a system that’s sclerotic—specifically, The Sight and Sound “Greatest Films of All Time” poll.

The Poll Position columns this past year have articulated several objections. One argued that the number 10 as in “Top 10” is arbitrary. (I would direct that critic to the oeuvre of Casey Kasem.) A few have mentioned that polls are inherently subjective. That objection might, at first, seem just as spurious as “Whither 10?”: Expressions of personal opinions, even in the aggregate, are by definition subjective.

One objection, though, was not ridiculous, not irrelevant—not absurd. Therefore, without further ado:

That choice, I suspect, is the result of Sight and Sound’s attempts to address the overriding objection to the 2012 poll: a lack of diversity, however you might define that term. As Poll Position contributor Newland wrote, “The concept of ‘experts’ building a ‘canon’ and selecting films for their relative ‘greatness’ may have been well-suited to the patriarchal 1950s, but today it feels old-fashioned.” In response to that kind of complaint, Sight and Sound not only nearly doubled the 2012 voting bloc from 846 to almost 1600 but expanded the definition of “critic” to include other subspecies of cinéastes such as programmers, curators, and film festival directors. Jeanne Dielman—a hyper-real version of the kind of Neo-Realism that the poll’s initial winner, Bicycle Thieves, introduced to the cinematic “canon”—didn’t just bump Vertigo down to #2 and Citizen Kane down to #3. It catapulted from #35 to #1. That kind of remapping of the landscape represents not just a Vertigo-like shock to the system but a rethinking of the system.

All of which is to say: Jeanne Dielman is now in the canon, too. Is that so wrong?

But wait! We have one more envelope to open.

In 1992, Sight and Sound added a separate electorate to the arbiters of the canon: film directors. That second poll has never made as much news as the critics’, partly because by 1992 the phrase “Sight and Sound poll” was irrevocably synonymous with the critics’ verdict, but also, I suspect, partly because the choice of arbiter did indeed give away the “game”: The kneejerk deference to directors was itself a relic of the auteur theory.

To be clear, my own choice for “Greatest Film of All Time” would also be 2001. But I would have loved to hear the opinions of cinematic artists other than a constituency that, however unconsciously, might place a higher value on visual ingenuity than would their peers. As Michael Benson, author of Space Odyssey: Stanley Kubrick, Arthur C. Clarke, and the Making of a Masterpiece, told me, “With less than a half hour of dialogue in its 143 minutes of running time, 2001 speaks the language of pure cinema and puts its audience in the position of ‘having to pay attention with their eyes,’ as Kubrick put it in 1968.”

But what if Sight and Sound had polled only screenwriters, for instance? Perhaps Chinatown would occupy not its current #72 position but somewhere in the Top Ten. A screenwriter watching that movie would appreciate its cinematography, acting, set design, direction, and so on, but that hypothetical screenwriter also might think, “Incest as metaphor for L.A. land-grab as metaphor for American colonialism as metaphor for the corruption of Western civilization, if not the irredeemable failure of the human condition? Jesus, that’s the Great American Novel!”

To which a hypothetical reader might respond, “Who cares?”

To which those of us who strained the Sight and Sound website yesterday—for hours, the two lists only partially loaded—might respond by invoking a phrase from our childhoods, back when families regularly entered movies at their convenience rather than before the opening credits, “This is where we came in.” 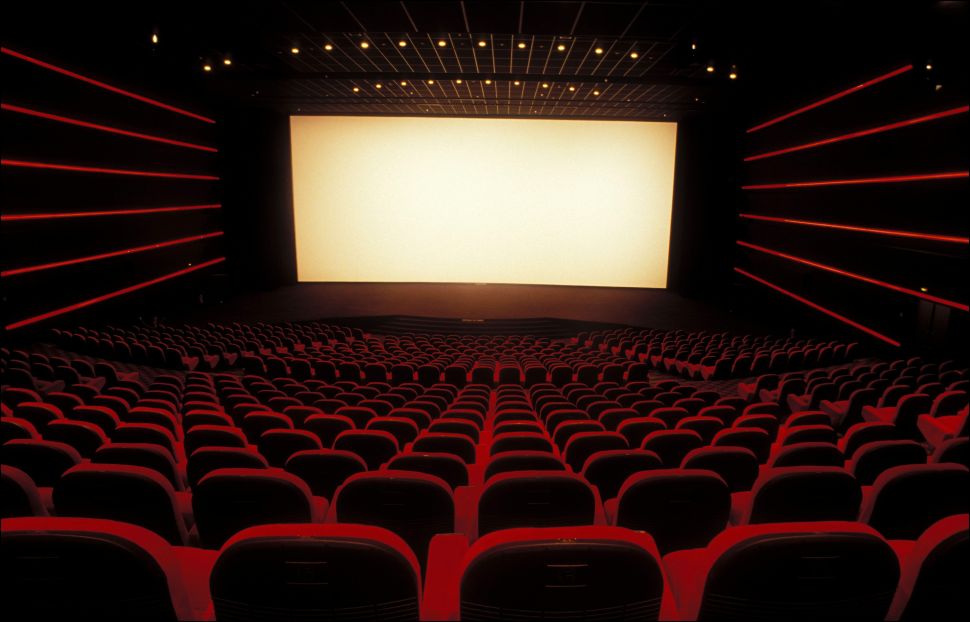