John Paulson, the billionaire investor, is being sued by his wife Jenica over trusts which Mrs. Paulson claims were used to secretly transferred the majority of the couple’s assets prior to their divorce proceedings.

Mr. Paulson, the co-founder of investment management firm Paulson & Co, has a net worth of $3 billion, according to Forbes. He’s perhaps best known for gaining nearly $4 billion by betting against the 2008 housing bubble. Mrs. Paulson, originally from Romania, was formerly his assistant and the two married in 2000.

Mr. Paulson filed for divorce from his wife in September 2021, which she claims she only learned from reading about it in the New York Post. In July, Mrs. Paulson filed a separate suit, alleging he created three trusts funded with the couple’s assets without her knowledge or consent.

The couple appeared in court today (Dec. 8) for a scheduled argument regarding Mr. Paulson’s motion to dismiss the case. However, after attorneys for the two Paulsons disagreed on whether the hearing should be open to the public, the arguments were adjourned while the attorneys file papers on whether the proceedings should be sealed, according to Bloomberg.

The three funds, created in 2001, 2006 and 2009, were kept secret from Mrs. Paulson in order to ensure she wouldn’t receive the assets in the event of a divorce, according to the complaint. And despite Mrs. Paulson being listed as a beneficiary on at least two of the trusts, this status will allegedly be eliminated once the two are divorced.

“Given the spouses’ long standing relationship of trust and confidence, Mrs. Paulson was shocked to learn, only after her husband declared on Page Six that he had filed for divorce, that he had literally spent years implementing a plan that deprived her of her fair share of assets acquired over the course of their long marriage,” reads the complaint, which claims the trust’s assets, which include Mr. Paulson’s Fifth Avenue apartment and Aspen vacation home, total in the billions of dollars.

The trusts allegedly contain billions of dollars worth of assets

In a motion to dismiss the case, Mr. Paulson claimed Mrs. Paulson’s lawsuit is invalid because it was filed after the statute of limitations expired and failed to include the couple’s two children, who are also beneficiaries of the trusts. He additionally alleged Mrs. Paulson must have been aware of the trusts because of her involvement in decades of joint tax returns which identified the three trusts.

“I find it shocking that my husband would seek to involve our children rather than protect them,” said Mrs. Paulson in an affidavit opposing his motion to dismiss the case. Calling the tax return claims “pure nonsense,” she alleged she never was sent the returns, which additionally didn’t include information reflecting details of the trusts.

The risks at stake are bigger than just this case, her attornies say.

“If Defendant Paulson is permitted to put what are now billions of dollars in assets out of his wife’s reach, his win will, quite literally, supply wealthy New Yorkers across this State with a how-to handbook on hoovering up the benefits of marriage and secretly stripping your spouse of any property rights in those marital assets just in case someone over 30 years your junior catches your eye,” said Robert Cohen, Mrs. Paulson’s attorney, in a court filing. 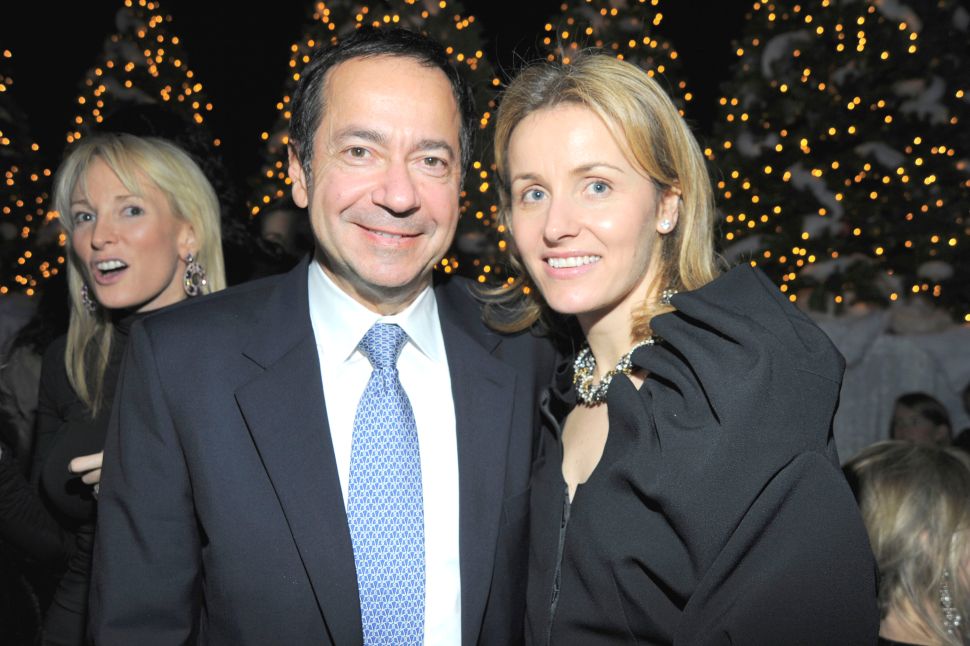