Journalists at the New York Times are going on strike for the first time in about 40 years as they seek a union contract. More than 1,100 employees at the Times, who are represented by the NewsGuild of New York, signed a pledge to strike for 24 hours on Dec. 8.

Striking reporters and editors have asked readers to join them in solidarity by staying off New York Times platforms for the day, even if it means breaking their Wordle streak. The company purchased the popular word game in January.

The @nytimes staff —including my beloved @NYTGames — are on strike for the next 24 hours. No crossword, no Wordle, no Vertex (my low key favorite), Spelling Bee or Tiles today. Strikes are more important than streaks. #StopYourStreak pic.twitter.com/4JV5xRvdPp

Members of the union say they have reached an impasse with New York Times management in negotiations for a new contract, which expired in March of 2021. One of the major sticking points in bargaining sessions has been wages. The last contract offered workers annual raises of 2.2 percent, and the union is now seeking pay raises of 10 percent once a contract is ratified to make up for two years of lost raises. Times management is offering 5.5 percent pay raises upon ratification of the contract, followed by 3 percent increases over two subsequent years.

The newspaper’s remote work policy has also been a sticking point in negotiations. Employees with the union protested the Times’s return-to-office policies in September, pledging to work from home and calling on management for a fair contract. 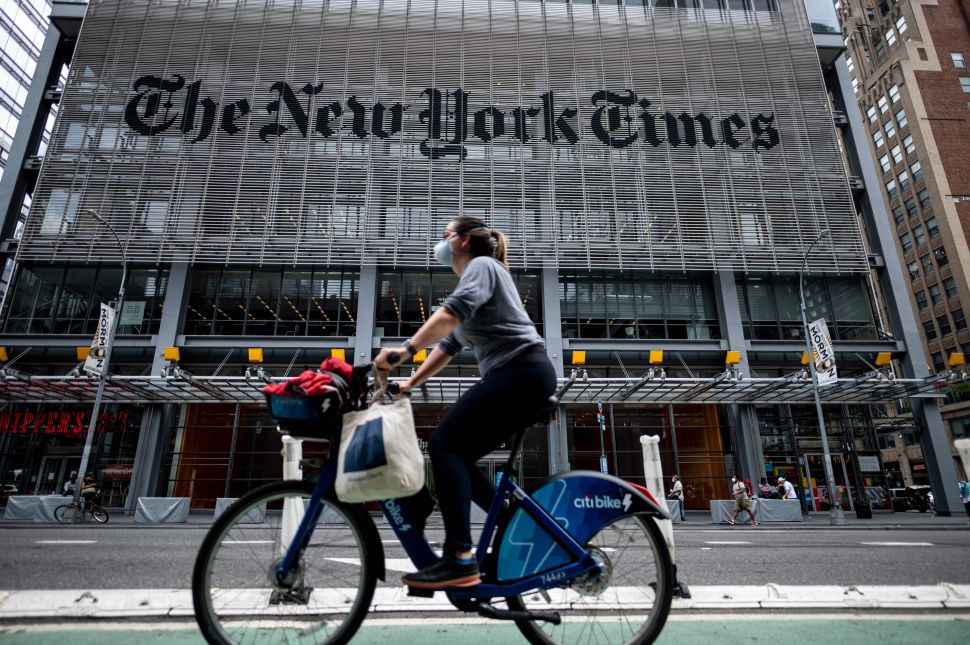