Four years ago, SuperOrdinary began helping U.S. beauty brands enter China’s market. Julian Reis, founder and CEO, discovered targeting influencers was a natural way to integrate foreign products into China. Since then, social commerce has only grown in the country, becoming a 2.5 trillion yuan ($360 billion) market, according to the most recent statistics from 2021. Now, SuperOrdinary has turned its attention towards creators internationally and facilitates deals between companies and creators, helping both find consumers.

Reis, 47, grew up between Singapore and Hong Kong. He founded SuperOrdinary in Singapore and now lives in Los Angeles. He was first introduced to the beauty ecommerce industry in 2010 when he invested in Luxola, a cosmetics ecommerce company acquired by Sephora in 2015. Prior to that, his background was in finance and venture capital. In 2014, he co-founded Skin Laundry, which pioneered quick and accessible laser facials.

SuperOrdinary is the parent company of an array of sites and platforms that help creators earn money. One of them, GalaGala, is a marketplace where creators can purchase beauty and wellness products, and if they promote them on their social channels, SuperOrdinary will pay them for the views and affiliate link purchases. Every brand on GalaGala works with SuperOrdinary, so creators don’t have to make individual deals with companies. They simply log on, buy a product, create content and get paid. Brands on GalaGala include Malin + Goetz, Bloom, Alleyoop and Joanna Vargas, which SuperOrdinary acquired last year.

Reis’ company also acquired Fanfix, a Patreon competitor founded in part by Cameron Dallas, who became famous for his videos on YouTube and Vine. The platform offers subscription-based content targeted at Gen Z creators and consumers.

Last year, SuperOrdinary launched an in-house talent agency. It competes with some of Los Angeles’ biggest digital talent agencies because SuperOrdinary has partnerships with hundreds of companies, Reis said. Some creators SuperOrdinary has signed include Dayna Marie who has 1 million followers on Instagram, Zack Fairhurst (5M, TikTok) and Fernanda Romero (345,000, Instagram).

Observer: What’s the idea behind SuperOrdinary?

Julian Reis: The idea was really that brands, creators and consumers will come closer and closer together. And the traditional panels—using Instagram, Facebook and Google to reach the consumer—were changing. New platforms were developing. We saw in China Douyin, which is TikTok. And we saw these new channels where it didn’t matter if you were Kim Kardashian or someone like me—you have an opportunity to create content and go viral. SuperOrdinary wants to figure out ways to help creators build products, sell products and monetize content, because we know the number of creators is going to (grow) over the next 10 years. These are the new small and medium enterprises that we should be thinking about.

How has it been to take your company from targeting a Chinese market to an international market?

We learned a lot is the short answer. We saw what happens in a market which is extremely competitive—(China’s) social commerce is thriving—to a market where the U.S. has a lot of saturation in content, but very slow social commerce. We learned a lot about live streaming. We learned about the power of the creator. In terms of commerce (in China), it’s really these Chinese live streamers (doing billions in sales). It’s not the Kardashians. It just gives a little insight on how different the world is and how big the creator economy can be.

What specific strategy changes did you have to make for the U.S. market, coming from China?

We realized we could no longer be what I would call in the middle of the funnel. What I mean by that is we couldn’t be a company that would have to reach out to creators on a daily basis, like every other brand, saying, ‘Please, can you do a piece of content and drive traffic with this link here?’ That wasn’t going to work. So we started building the top of the funnel. We bought Fanfix, we started building out creative tools and we started our own talent agency. We recognize that we never wanted to be at the mercy of a very large creator. You never want to be on the receiving end of parts of negotiation, where you have no leverage.

How did you get the money to start?

We stole it (laughs). No, we raised money. We have some of the best consumer product investors.

We take a percentage of every transaction that happens through any of our platforms. That helps us understand who is buying what, what consumers are looking at what creators and what brands are using what creators. As our business grows the data insights, we intend to be able to sell that data back to the brands and creators.

How do you market yourself to creators?

Right now, it’s really word of mouth. We see there is a lot to be said about your track record and word of mouth. We also really believe in acting as a creative. So I encourage everyone in our company to think as a creator. I have three teenage sons—all are different degrees of creators—and I spend most of my time just watching how they operate.

Where do you think the creator economy is moving, especially with the general macroeconomic conditions we are facing?

I’m a big believer in these big cycles. I think we’ve gone through a cycle where there was a lot of aggregation. These large companies kind of fell asleep at the wheel for lack of a better word. There was a lot of padding, a lot of high costs, big office spaces, and then what happened was that technology and productivity really dismantled the old guard. Covid was a turning point. It encouraged individuals to take a really hard look at themselves to see what made them happy. There was a lot of reflection. And I think a lot of people became home chefs. They became masters in their own masterclass selling services and ideas. And I think this is something that’s changed forever in the sense that you no longer want to go to work Monday through Friday doing 6 am to 9 pm, waiting for that eternal bonus that may never show up. It’s about control of your life. Going forward, I think the creator economy has got more to it than just saying, “Oh, just because the macro is hard, this is where it’s going.” I think people realize what is important to them. 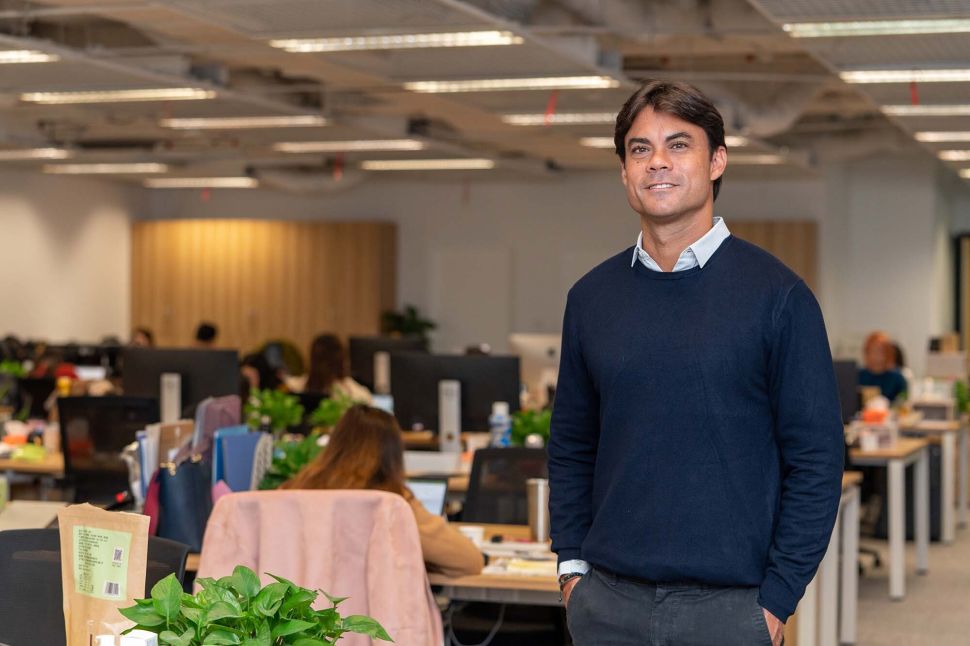