It is my great pleasure as Chairman and CEO of Heigh-Ho Mining Industries to welcome you as Lead Independent Director on our Board, thereby helping us meet Securities and Exchange Commission (SEC) guidelines regarding independence and board diversity. We were delighted to have discovered you in the Company’s cottage during our off-site, and we’re happy to pay the finder’s fee to the huntsman who pointed you in our direction. (Good thing he didn’t go through with your murder!)

In preparation for your first meeting, I thought it might be helpful for you to have a preview of the other personalities around the table.

Happy is our cheery founder who always helps us see opportunity when we hit bumps in the road. While his big smile is powerful in our darkest hours, his need for collegiality veers us toward “delightful” meetings where he dismisses risks and stifles arguments which could lead to alternative action plans. It’s his rosy perspective which led him to grant founding shares to his former college roommate Dopey, who left after six months to pursue his singing career.

Dopey gets his dates mixed up and ends up missing half our meetings. When he does attend, usually late, he derails our meetings with off-topic news stories, songs, jokes and TikTok videos. I usually cut him off to get the discussion back on track, although his levity can be useful in alleviating tension when Grumpy is on the rampage.

Grumpy, a prickly man who tries to undermine my authority, hasn’t discovered the age-old methods of fake humility and basic courtesy to hide his arrogance and condescension. Don’t be offended when he interrupts and argues. Despite his overbearing personality, his contrarian views can be insightful. If he ignores your point and then repeats it as if it were his own—slowly, loudly and with great gravitas, as if it just came to him directly from God—feel free to interrupt and thank him for paraphrasing your thoughts.

Sneezy, who did not qualify under SEC rules as a “diverse” Board member despite his allergy disability, shows up at every meeting with highlighted, sticky-noted print-outs of all the board material and a list of typos he found in the minutes. He’s the only one who really understands our technology, and he uses our board meetings as a stage for his long-winded, sneeze-laden lectures about how it works and where it’s heading. We learn, but it’s at a cost.

Sleepy, who is even older than all the other white old men on the board, has a world-class reputation for strong business ethics and sound common sense which he’s earned over the last half century. When he’s awake, his advice is gold. When he snoozes mid-meeting, his snoring is disruptive, so we spike his coffee with Red Bull and load him up with cookies to keep him buzzed and conscious. Good governance might suggest that we remove him as we bring you on, but he and I have served on over a dozen boards together and there’s no easy way to remove a director, especially an old chum.

Bashful is super analytical and listens with intense focus as people make their points. He only speaks if asked a direct question, but when he finally speaks, you’d better listen because he’s always able to reconcile differing perspectives and reframe the issue with such clarity that all the directors reach the same conclusion.

When President Biden recently claimed that he’s closing all coal plants, the reactions on our emergency Zoom call were predictable. Happy said we’d be fine, not to worry, while Grumpy said we’re doomed. Dopey showed us a cartoon video of singing dwarfs which woke up Sleepy, who asked if we’d hired a lobbyist. I said we needed to make a plan, which led to Sneezy’s suggestion that we implement new technologies to reduce the adverse environmental impact of our mining operations. After lengthy discussion, we all agreed on Bashful’s proposal to diversify to other industries like wolf-proof housing construction and custom, 3D-printed glass shoe production.

As we attempt to escape the Queen’s hostile takeover attempts, we are also developing a relationship with a prince who could serve as a white knight to acquire our business. Should any legal complications arise as we navigate these challenges, we have an ample Directors & Officers Liability Insurance package (although poisoned apples would fall under our medical plan which does not cover directors).

In closing, I always say that a productive board meeting is like a colonoscopy: it’s all about the prep. Therefore, before this next meeting I will spend time preparing a strategic discussion to guide the Company through the current forest of inflation, war, recession, and economic uncertainty. Recognizing that board surprises are as welcome as a walk into the woods with a shotgun-toting huntsman, I will reach out to you ahead of time if there are any looming issues.

Ms. White, welcome aboard! We believe the magic mirror’s declaration of you as the fairest of them all is not age discrimination, as the Queen argues, but is actually an undermining of your intellectual competencies. Your leadership role as the first woman to join our Board of Directors will be an inspiration to all the princesses around the kingdom who have been itching for an opportunity to do something more productive with their capabilities than wait around for a prince’s kiss.

Chairman of the Board and CEO 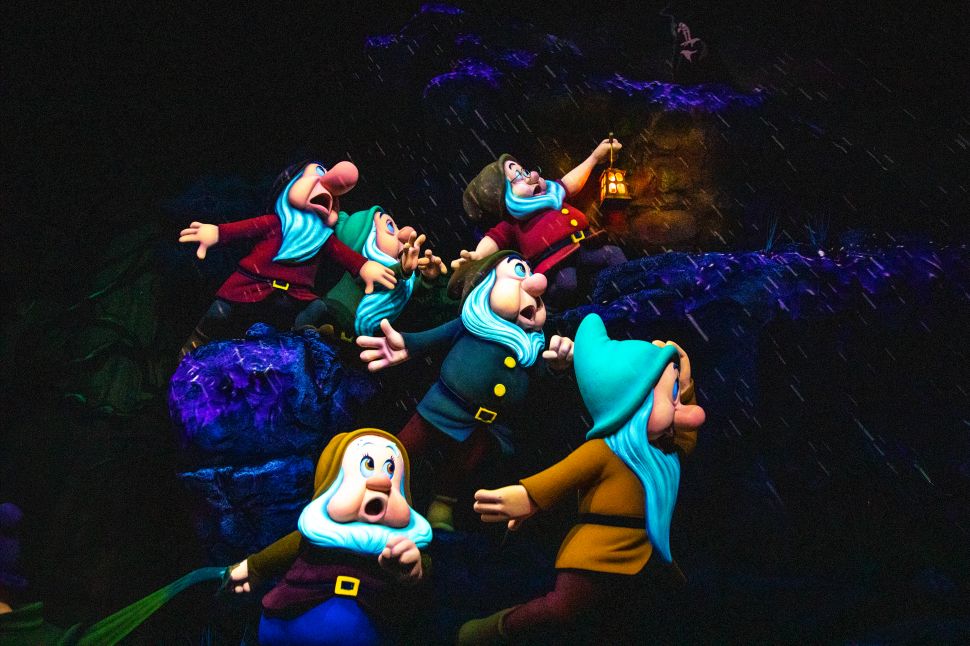