A growing number of major semiconductor makers are laying off workers amid slowing business in their key markets, despite the U.S. government’s heavy investment in the chip industry and a strong demand for chips in the automobile industry.

Intel, AMD, Nvidia and Qualcomm have all announced layoffs or hiring pauses in recent months. The latest to join the cost-cutting club is Micron Technology, one of the world’s largest manufacturers of memory chips. Micron plans to cut 10 percent of its staff, affecting about 4,800 employees, in 2023 and suspend next year’s bonuses “in response to challenging industry conditions,” the company said in a Securities and Commission filing Dec. 21.

Micron saw a “dramatic drop in demand” in the past several months, resulting in the company keeping too much inventory and losing pricing power, CEO Sanjay Mehrotra said on a call with analysts Dec. 21. Before the call, Micron reported a larger-than-expected loss for its first 2023 fiscal quarter ended Dec. 1 and lowered its earnings forecast for the current quarter.

From automobiles to home appliances to computers, many industries faced persistent chip shortages during the pandemic, prompting chipmakers to ramp up production last year. Although some sectors still have a strong demand for chips—automakers, for example, are expected to deal with a chip shortage until at least the end of 2023—slowing consumer demand for personal computers and smartphones are biting into Micron’s chip sales.

Micron is the largest manufacturer of personal computer memory chips in the U.S. It also supplies chips to smartphone makers and automobile companies.

Falling demand for chips for phones and personal computers

In its latest earnings report, Micron predicts its delivery of PC chips this year will fall more than 10 percent and continue to decline in 2023 in the single-digit percentage to near-2019 levels. Its smartphone chip business is also expected to drop about 10 percent this year and remain flat in 2023. The only bright spot is its automobile business, which grew 30 percent in the past quarter and is expected to see “robust growth” in 2023.

While it cuts costs and employees, like many chipmakers, Micron is investing heavily in new technologies and production facilities to take advantage of tax breaks under the CHIPS and Science Act, signed into law by President Joe Biden in August. The bill includes a total of $280 billion in federal subsidies, tax credits and research grants eligible to U.S. and foreign chipmakers over the next decade.

In October, Micron announced a major initiative to build a $20 billion computer chip plant in upstate New York over the next 10 years and plan to spend up to $100 billion to expand it over 20 years. Only weeks earlier, Micron announced the construction of another big factory in Boise, Idaho, near its headquarters.

In September, Intel broke ground on a $20 billion project to build two chip factories in Ohio. Samsung and Texas Instruments have announced large construction projects in Texas. Taiwan’s TSMC, the world’s largest chipmaker, is building a $12 billion factory in Phoenix, Ariz. and recently announced plans to triple its initial investment in the U.S.

However, government incentives couldn’t solve chipmakers’ short-term financial woes. Intel announced in October it has to lay off nearly 200 workers as part of $10 billion cost reduction plan. Qualcomm in November announced a hiring freeze, and Nvidia and AMD are both slowing hiring through the end of the year. 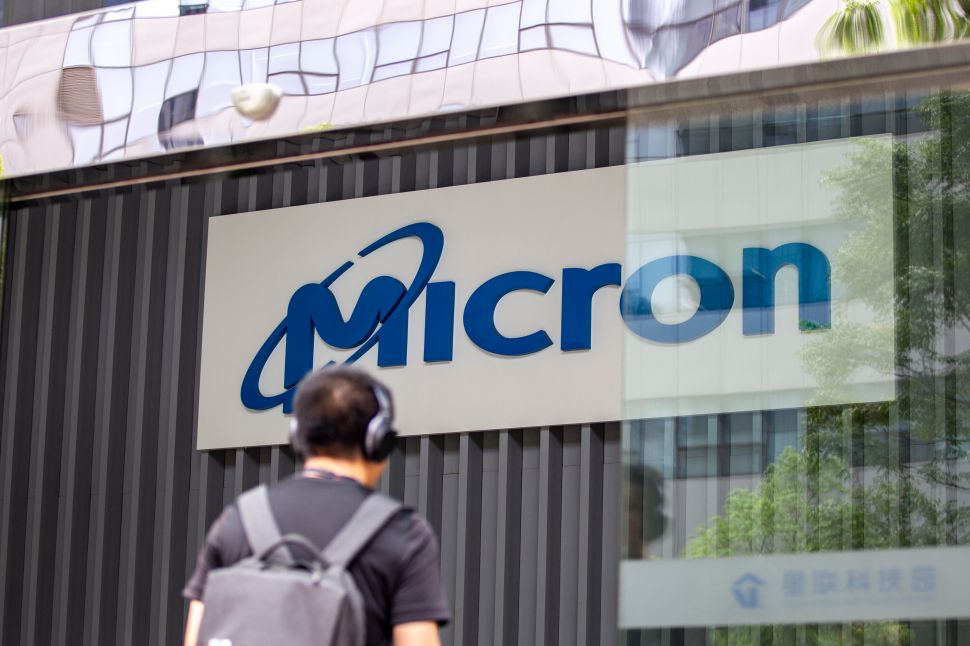