Solo shows have never been a favorite theatrical genre for me unless it’s Julie Harris. (I could never tire of watching her  play the multi-faceted colors of Emily Dickinson’s life in The Belle of Amherst.) But in general, one-person monologues grow tiresome before the intermission, and I start wondering where the men’s room is. Still, solo monologues have been a first-choice career challenge for everyone from Whoopi Goldberg to Mike Tyson. Now it’s Audra McDonald’s turn, in a new production of Adrienne Kennedy’s Ohio State Murders at New York’s newly anointed James Earl Jones Theatre. It’s been hanging around for 30 years, kept alive by a worshipful fan club of black actresses who consider 91-year-old writer-essayist-academic Kennedy a mentor on the subjects of race and social justice, although this is the first time Kennedy’s work has ever been seen on a major Broadway stage.

It’s not exactly riveting, and although it is basically one woman talking for 75 minutes without intermission, it’s not technically a one-woman show, either. In this production the people Ms. McDonald talks about drop in and out under Kenny Leon’s direction and say a few words themselves. At the beginning and end, before the play begins and after the curtain descends, the voice of Adrienne Kennedy plays over the sound system in an audio interview with the lights on, while the audience chatters away and nobody listens. What is clear is that the author speaks in the arch cadence refined by so many public lecturers—a pattern which Ms. McDonald imitates from start to finish in a finishing-school recitatif  that sounds more pretentious than profound.

Then the play begins, and you get . . . 75 minutes of waiting for something to happen instead of getting talked about. The time is the 1990s, and playwright Kennedy’s alter-ego, a middle-aged woman named Suzanne Alexander, arrives for a visit to the campus of Ohio State University, where she was one of only 12 black students in 1949. She shares ugly freshman experiences on a segregated campus where black women lived in an isolated group, enduring vicious, condescending attitudes that denied them access to parties, social activities and even the courses they wanted to take. Suzanne was interested in an English Lit major, but black students had to apply for the privilege because the faculty considered them incapable of comprehending 19th century literary values. The exception was a priggish young professor named Robert Hampshire who admired Suzanne’s perception after reading an impressive essay she wrote about Robert Hardy. In Robert, she found a mentor who promised salvation from the dead-end lack of education she was getting elsewhere. A relationship blossomed, but in the next two years, instead of advancing her in the direction of knowledge and fulfillment, he led her to the bedroom. By 1951 she had become pregnant, a predicament that so mortified her father, a prominent Cleveland minister, that he disowned her, and so outraged the university that she was expelled.

One thing after another develops soap opera proportions as the saga unravels. She gives birth to twin girls, one of the daughters is murdered, the second child is kidnapped and drowned in a ravine, the duplicitous Robert commits suicide, and . . . but enough already. It’s a work of melodramatic corn, and there is no suspense because we know who the murderer is from the start and so does Suzanne. The writing is laconic, preachy and, in my opinion, overrated, including two paralyzing narrative shifts involving a lecture about King Arthur and a discourse on the Battleship Potemkin. Audra McDonald is interesting to watch even when she’s clutching a pink scarf and pretending it’s a baby. But Ohio State Murders is a work of such instantly forgettable insignificance one wonders why it is on Broadway and why she appeared in it at all. 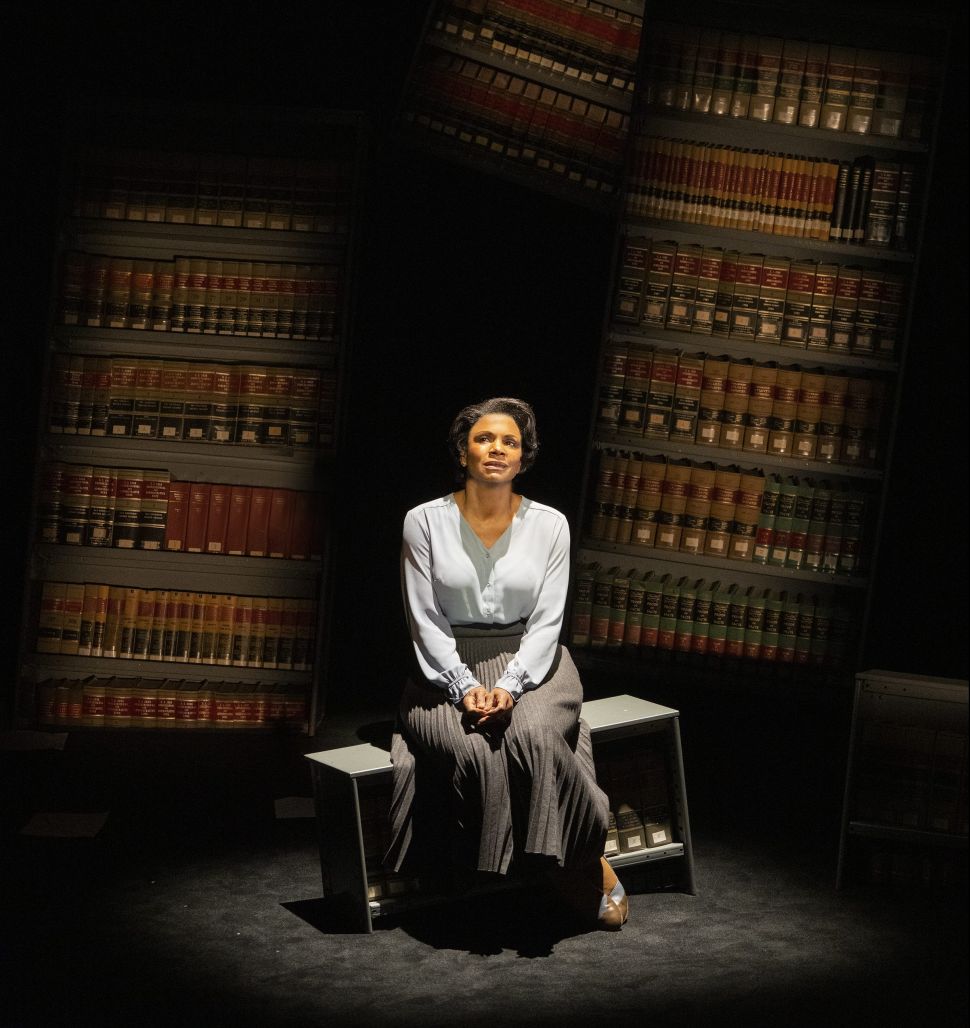