Year-end releases reveal a plethora of fine actors vainly trying to apply their extraordinary skills to raise the quality level of mediocre films. Jennifer Lawrence in Causeway is a perfect example. The 2012 Oscar winner for Silver Linings Playbook and multiple-awards winner for American Hustle in 2013 now appears in a thoughtful, muted character study about a female soldier named Lindsay,  suffering from the deep physical and psychological wounds retained from combat in Afghanistan.  This is not a film likely to continue her collection of acting rewards, but if nothing else, it demonstrates a serious actor’s admirable dedication to meaningful subject matter over the lure of commercial and financial success. Ms. Lawrence is one of the film’s producers, and it would never have been made without her.

While working for the U.S. Army Corps of Engineers , Lindsay’s vehicle hit an explosive, causing a brain injury that left her body torn and her mind shattered. After an arduous rehab period when she learned to walk and talk and drive a car again, she was on her way to recovery, but when she was released it was clear that she was not ready to regain control of her life the way she once did. Slow, unsteady, dependent on Vicodin, she returns home to New Orleans, the city she worked so hard to leave behind, and finds herself a stranger to its vigorous, clueless, partygoing ways as well as those of her alcoholic, indifferent mother (Linda Emond). Against everyone’s trepidation and advice, she takes a menial job cleaning swimming pools and plans to return to the front lines as soon as her doctor approves her petition to deploy. In the interim, she befriends a black auto mechanic with one leg named James (Brian Tyree Henry), who is plagued by his own problems, including a brother who is a drug-dealing deaf mute serving a prison sentence. While this unlikely and not entirely convincing friendship shifts gradually from casual to complex, they eat New Orleans seafood, walk around aimlessly in neighborhoods no tourist would ever care to visit, and the film introduces one element of soap opera depression after the next.

For one of America’s most colorful cities, New Orleans as photographed by acclaimed cinematographer Diego Garcia (Wildlife) with so little character it might as well be Cleveland. Nothing ever happens, the ending is uncertain, we never know if Lindsay will ever be able to give and accept love again, and the first-time direction by TV and theater director Lila Neugebauer sadly demonstrates a rather obvious lack of experience. Causeway is a disappointment, but the thing you take home is Jennifer Lawrence’s nuanced performance as she shows every shifting emotion and contrast in the life of a woman soldier searching for definition who doesn’t feel at ease in either world—war or peace. 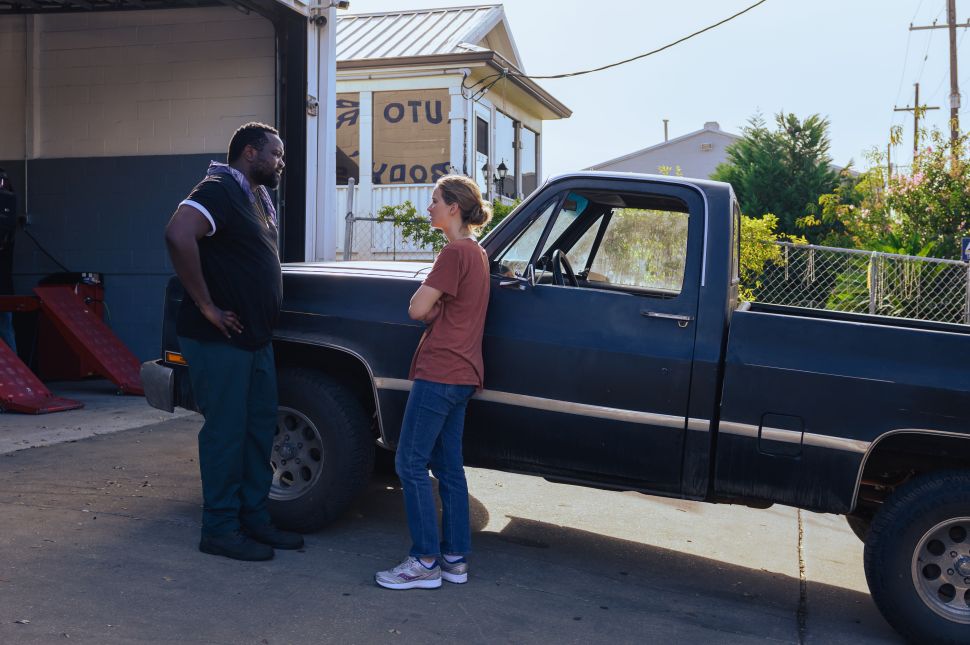