Cinephiles have a sort of fetish for stop motion animation. Unlike the hand-drawn or computer-driven varieties, there’s never been a steady stream of stop motion animated feature films pumped out of the major studio assembly lines, and this tends to give stop motion films automatic underdog status. Though this scarcity is certainly part of stop motion’s appeal to adult moviegoers who might reflexively dismiss the latest Disney or Pixar offering, I can’t help but feel there’s a degree of analog snobbery involved, the same sentiment that prompts stars and filmmakers to spend their press tours bragging that their new movie contains “no CGI,” even when that’s almost never the case. Even if it was, it would still be an arbitrary measurement of quality. Nearly half of the shots in Bong Joon-ho’s Palme d’Or- and Best Picture-winning Parasite contain VFX; like every other tool at a filmmaker’s disposal, it’s how well it’s used that matters, not how much.

Put more kindly, however, I think there’s a part of the invested film viewer that likes to be aware of the work put into a film as they watch it, to appreciate and deconstruct the physical or creative effort it takes to light each shot, or move the camera a certain way, or portray a complex emotion through subtlety of performance. For that viewer, stop motion animation is uniquely appealing. Like a bespoke garment or fine cuisine, part of the joy is in the knowledge that someone made this for you with their hands. Fast fashion, fast food, and even CGI Disney musicals are also made by human hands, the result of grueling hours of undervalued labor, but that labor is not as transparently a part of the product, and therefore goes unappreciated. By contrast, stop motion is artisanal animation, often boasting the name of a single visionary artisan above the title, like Tim Burton’s The Nightmare Before Christmas or Phil Tippett’s Mad God.

Which brings us to Guillermo del Toro’s Pinocchio, co-directed by del Toro and Mark Gustafson, the unsung animation director of Wes Anderson’s Fantastic Mr. Fox. In this grim but playful adaptation of Carlo Collodi’s 19th century novel, grieving father Geppetto (voice of David Bradley) constructs a life-sized wooden boy in the likeness of his son who was killed in a bombing during World War I. Brought to life by a benevolent Wood Sprite (Tilda Swinton), this homunculus Pinocchio (Gregory Mann) is constantly swayed by the whims of adults who try to pull his strings in service of their own aims. Circus ringleader Volpe (Christoph Waltz) wants to turn a profit off of the novelty of a marionette who sings and dances on his own. Fascist officer Podesta (Ron Perlman) wants to mold the apparently immortal wooden boy into a soldier in Mussolini’s army. As for Gepetto, he just wants his son back, and while this desire is less evil, it’s not any less cruel. Pinocchio has the naivety of a child and wants to please everyone, but how can he, when each of his father figures demands total obedience towards conflicting values?

Pinocchio hits the sweet spot where heavy, mature themes and light, child-friendly fun overlap. The film tackles plenty of dark, adult material (it opens with the violent death of a ten-year-old, for God’s sake), but unlike Pan’s Labyrinth, which also follows a child on a fantasy adventure amidst the misery of a fascist regime, Pinocchio is still at least 85% a kids movie. It’s as cheeky as it is morbid, and the two flavors play well together. Certain lines or gags are extremely arch and un-subtle, but in a way that feels explanatory for younger viewers rather than condescending. For example, Pinocchio himself questions why a church crowd finds him so horrifying, given that he interrupts them worshiping a wooden statue, teeing up a Christ metaphor in a way that makes it visible to kids without belaboring it for adults. Talking insect and aspiring author Sebastian Cricket (Ewan McGregor) is constantly suffering and recovering from horrible contusions and Pinocchio’s wooden body is the center of some bizarre body horror-comedy, but this slapstick somehow only makes the film’s depictions of “real” violence hit harder. This Pinocchio is about mortality, and such a story requires mortal stakes and mortal consequences.

Perhaps this is why Pinocchio feels so perfectly suited for stop motion, a medium whose apparent resistance to corporate mass-production makes it equally appealing to child and adult audiences, but which also represents a unique bridge between the real and unreal. The Pinocchio of the story is a wooden boy brought to life, and so, essentially, is the Pinocchio we’re seeing on screen. Is he any more real than the beloved Disney 1940 cartoon or his already-forgotten 2022 CGI descendant? No, but also, yes. You could hold this Pinocchio in your hands, it exists, and someone actually did. They moved it inch by inch, frame by frame, and made him a real boy right in front of you. Pinocchio’s use of stop motion isn’t merely novelty, it’s a subconscious reinforcement of the text.

This might have been part of the magic of seeing Walt Disney’s Pinocchio in 1940, when I’d wager that few viewers expected to be emotionally wrecked by a hand-drawn image of a marionette lying face-down in three inches of . Can this twice-removed approximation of a little boy, unreal even within its fictional world, make you feel for him? Eighty-two years ago, this was a groundbreaking achievement; to a modern generation who grew to adulthood bawling at Pixar movies, it’s Tuesday.

Comparisons between the two films are unavoidable, and not being the nostalgic sort, I tend to award more points to the challenger. While it may not mark a quantum leap in the craft of animation (or in the increasingly predictable aesthetic of its co-director), Guillermo del Toro’s Pinocchio is intricately beautiful and impressive to watch. It’s the more textured emotional story, as eager to explore what it means to raise a child as what it means to be one. (Admittedly, I am particularly sensitive to this at the moment; I watched this movie sitting next to my sleeping, three-day-old son.) While none of its original songs can compete with the timeless “When You Wish Upon a Star” (indeed you might even forget that it’s a musical shortly after watching), Alexandre Desplat’s luscious score is one of the year’s best. Most of all, Guillermo del Toro’s Pinocchio lives up to the expectation of a personal, hand-crafted work with a specific point of view. Not merely a cosmetically distinct adaptation of its well-known source material, it puts forth a set of values that go far beyond platitudes and ponders the responsibilities of making and being a person. It takes something stiff and tired and, like magic, brings it back to life. 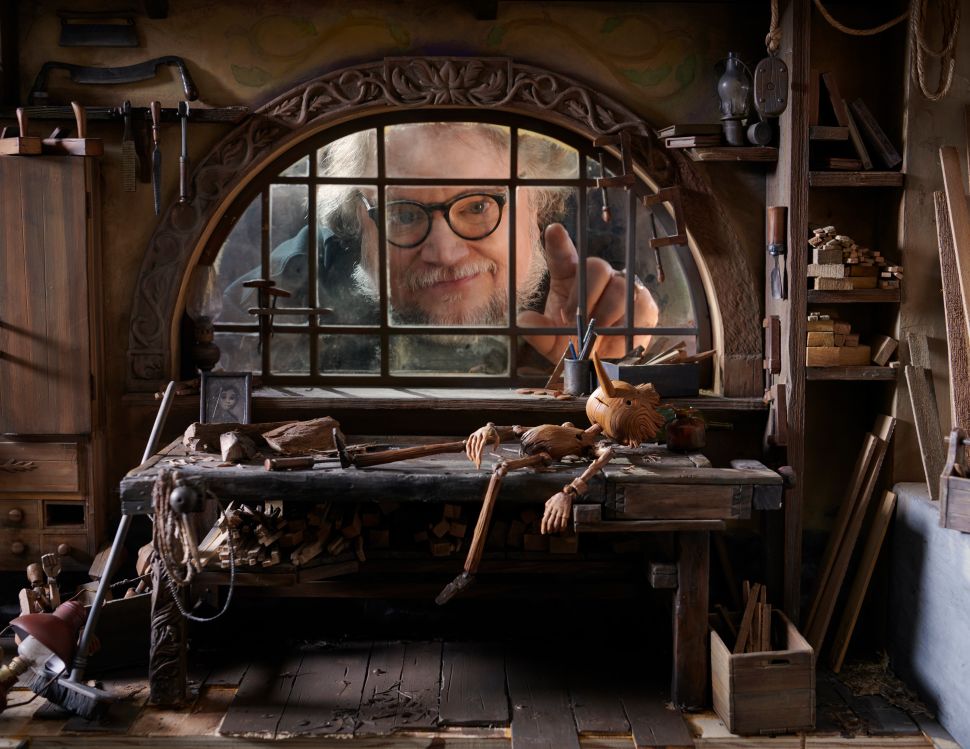