Sam Bankman-Fried was among the largest political donors in the U.S. this year. According to an indictment filed by federal prosecutors, much of it was illegal.

Bankman-Fried, the former CEO of crypto exchange FTX, was arrested on Dec. 12 in the Bahamas and charged in parallel actions by New York prosecutors, the Securities and Exchange Commission (SEC) and the Commodity Futures Trading Commission. The agencies all focused on his misuse of FTX customer assets, which were allegedly transferred to fund Alameda Research, his privately-held crypto hedge fund.

Campaign finance law violations were included among the eight charges filed against Bankman-Fried by the U.S. Justice Department. From 2020 to 2022, Bankman-Fried was behind tens of millions of dollars in illegal campaign contributions, according to the indictment.

“These contributions were disguised to look like they were coming from wealthy co-conspirators, when in fact, the contributions were funded by Alameda Research with stolen customer money,” said Damian Williams, the U.S. Attorney for the Southern District of New York, at a press conference. “All of this dirty money was used in service of Bankman-Fried’s desire to buy bipartisan influence and impact the direction of public policy in Washington.”

The former FTX head was ranked the second-biggest Democratic donor in the 2022 campaign cycle, after billionaire philanthropist George Soros. Bankman-Fried and other FTX executives spent at least $70 million on campaigns since 2020, according to data from the FEC, with Bankman-Fried personally giving $50 million to politicians and PACs this year.

Working with others, Bankman-Fried deceived the Federal Election Commission (FEC) by making more than $25,000 worth of campaign contributions in the names of other people, according to the indictment, which are commonly referred to as “straw donations.”

More than $25,000 worth of donations were also allegedly made from an unnamed corporation. While corporations are able to donate to super PACs—political action committees which receive more than $1,000 in annual contributions—they are barred from donating to campaigns, parties or PACs. And Bankman-Fried was additionally accused of breaking federal donation limits, which cannot exceed more than $5,800 per candidate in an election cycle.

The SEC also referred to Bankman-Fried’s campaign activity in its indictment, claiming that he used billions of dollars worth of FTX customer funds after they were transferred into Alameda Research to “buy luxury condominiums, support political campaigns, and make private investments.”

The former FTX head, who has long been a prominent political donor, made a $2 million contribution to GMI PAC, a super PAC focused on crypto-friendly legislation. Despite plans to spend more than $20 million on congressional candidates in 2022, GMI PAC ended up transferring the bulk of its funds to two other PACs lobbying for crypto-friendly regulation.

Bankman-Fried was also the primary funder for Protect our Future, a super PAC focused on pandemic preparedness which spent $28 million on Democratic candidates this year. While his political spending on liberal candidates and groups far outweighs his public Republican donations, Bankman-Fried in a recent interview said his donations to the two parties have been equal, with his donations to the Republican party kept “dark” in order to avoid criticism from the media. 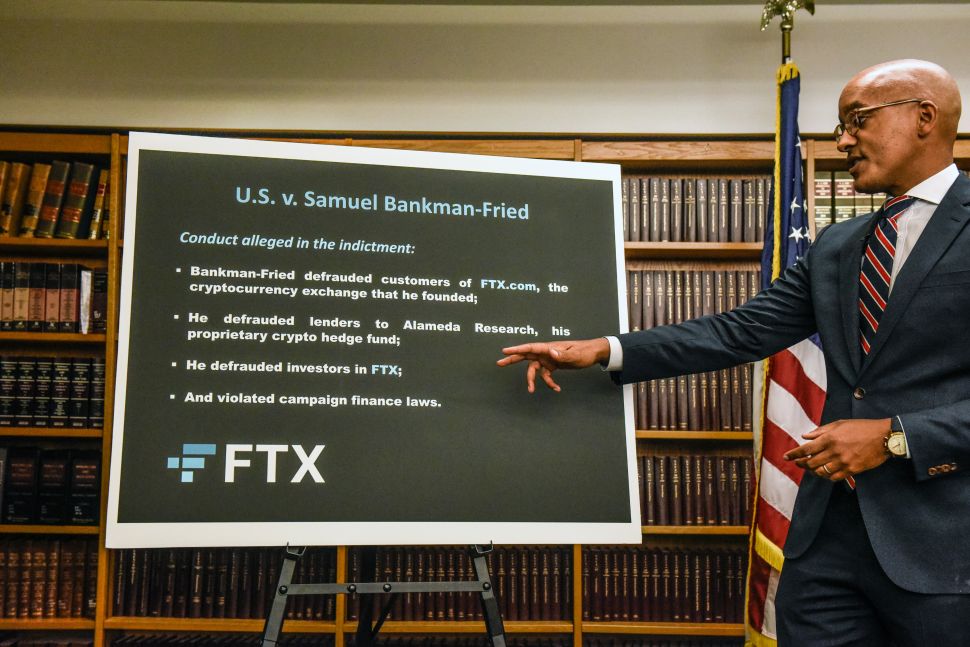