The FTX collapse brought unwanted attention to Matt Damon, LeBron James, Tom Brady, Steph Curry, Larry David, Megan Thee Stallion, and other celebrities who made ads for cryptocurrency. Some call for such celebrities to be held to legal account. We wouldn’t go that far, but we would like to see these celebrities pay a social and commercial penalty.

Capitalism was never a charitable enterprise; celebrities have always rented their fame and their names to purveyors of dubious or harmful products. Watch any playoff game. You’ll see Kevin Garnett, Drew Brees, and others selling sports betting apps that seek to exclude skilled players while worsening gambling addiction. Bob Cousy and Billie Jean King endorsed tobacco products long after the health threats were known. Tobacco companies have long played a prominent role in Formula 1 racing and other sports.

Our most recent harmful examples may be the legion of crypto-hawking celebrities. Many specifically leverage people’s earned-distrust of Wall Street to sell crypto to young people of color and to others. Consider this beautifully-crafted two-minute June 2021 commercial from Spike Lee, roughly transcribed below:

Our currency is not current. Old money. as rich as it looks, is flat out broke. Don’t believe me? I got the receipts. They call it green, but it’s only white. Where’s the women, the black folk, and the people of color. Native Americans got a nickel–a nickel! People don’t even stop to pick up the nickel off the sidewalk. Seven million Americans have no bank account. 20 million are under-banked. Old money is not going to pick us up. It pushes us down, exploits, systematically oppresses. But new money, new money is positive, inclusive, fluid, strong, culturally rich. Where status is anything but status quo. Do your own research. The digital rebellion is here. Old money is out. New money… is in.

One fawning advertising industry account described this ad as

a raw and honest snapshot of the history of money and the inequalities inherent in legacy U.S. financial systems. From institutions that intentionally exclude communities of color to wealth gaps that threaten the futures of millions of Americans, the ad shines a spotlight on how traditional currency needs another look, as well as the opportunity digital currency provides.

That’s a compelling sales pitch, built on the proposition that traditional investment products are tools of the same capitalist establishment that promoted redlining and predatory lending. As Annie Lowrey relates in the latest Atlantic, that message is understandably compelling to millions of people of color, who have experienced profound historic neglect and mistreatment at the hands of our financial system.

Unfortunately, the sales pitch is harmful and inaccurate. Cryptocurrencies do nothing to address structural racism. They are highly-speculative assets, best-avoided by ordinary investors except in small amounts one would otherwise spend on lottery tickets. Such investments might appreciate in a speculative bubble; they accomplish no basic investment task. Boring tools such as low-fee index funds are far better long-term investments. Even more boring instruments like I-bonds are better, less-risky hedges against inflation. Cryptocurrencies are particularly bad investments for newbies and for people of limited means—two groups that often arrive late to the market party, just in time to get hit when the bubble bursts.

This was always obvious to experienced investors—as was the reality that one should specifically look askance at any financial product whose marketing pitch appeals to political or social identities. Of course, experienced investors were never the target audience for these ads. These commercials shamefully exploit people’s well-founded distrust of Wall Street—a distrust that easily and often translates into a more generalized distrust of more-reputable information sources. In one of life’s great ironies, people with the greatest, most-understandable distrust of mainstream institutions and information sources are most vulnerable to the next “do your own research” speculative disaster or con. Unscrupulous vendors can exploit people’s real historic experience to sell dubious, themselves arguably-predatory financial products ranging from dubious gold products sold on conservative cable to cryptocurrency sold on Black-oriented social media.

We’ll never know how many women died horribly from lung cancer because they began or continued to smoke watching Virginia Slims tennis stars. We’ll similarly never know the number of people who suffered severe financial harm because of celebrity crypto ads. At this writing, Bitcoin is worth $16,824, down more than half from when Lee’s commercial appeared, down about 75% from its peak valuation last November.

Celebrities are responsible for what they do. Mr. Lee is a gifted filmmaker. He earned remarkable standing through his penetrating critiques of American racism.  We’ve both  enjoyed his movies for thirty years. We’re done watching until he takes some responsibility for this thing. We don’t hold against him that he used his standing for commercial gain. Every celebrity does that. We do hold against him that he specifically monetized his fame in a way that brought great and predictable harm to his most loyal followers and fans.

We contacted Mr. Lee’s production company for comment. We were informed: “Mr. Lee is unavailable for comment at this time.” 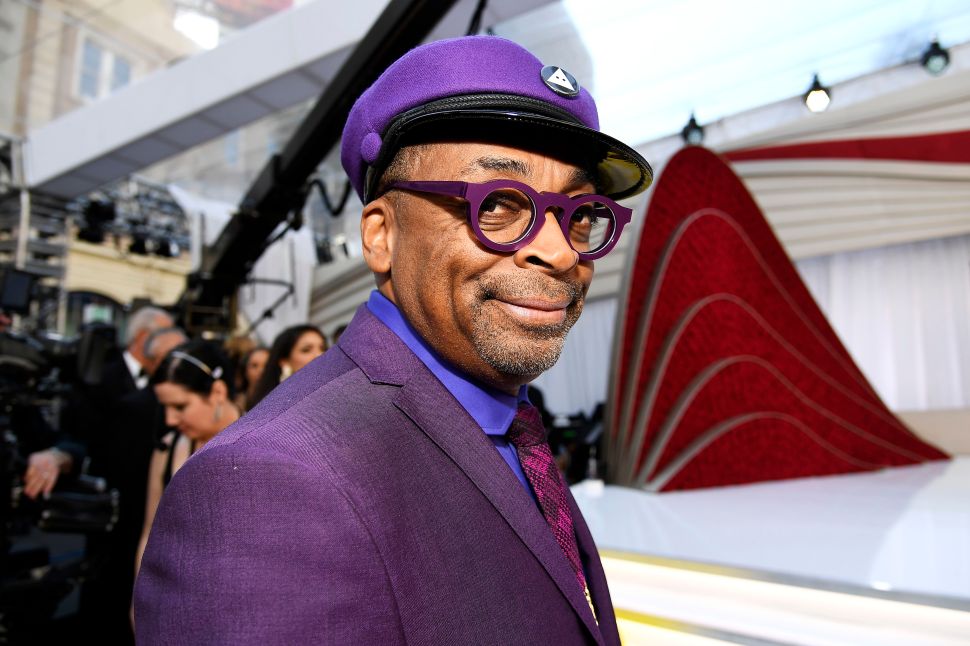