Spoiler Alert, a gay romantic drama about a couple facing cancer, could have been so much more than a requisite tear-jerker. Based on journalist Michael Ausiello’s far cleverer memoir Spoiler Alert: The Hero Dies, the film hits the traditional beats as Ausiello (Jim Parsons) meets and marries Kit Cowan (Ben Aldridge) only to lose him to a rare form of neuroendocrine cancer. It’s certainly not, as the title suggests, a spoiler to say where the story is going. But how it gets there onscreen feels stiff and occasionally misplaced.

Dan Savage adapted Ausiello’s 2017 book with David Marshall Grant, and the resulting screenplay is cute, weepy and unfortunately lacking in chemistry. Parsons is moderately charming as Michael, although his hair and caked-on makeup are distracting, while Aldridge is undeniably charming as the hot love interest who captivates Michael from across the room at a nightclub. The pair’s relationship, partly chronicled by how many Christmastimes they spend together, feels complex and not too rushed. Credit to the screenwriters for allowing both characters to grapple with insecurities and doubts that temporarily handicap the relationship, like Michael’s lingering trauma as a former fat kid. You expect drama when the in-the-closet Kit’s parents show up in New York, but the pair, played by Sally Field and Bill Irwin, are delighted to meet Michael.

In fact, the movie’s drama is relatively mundane. Michael has a (hilarious) Smurfs collection in his apartment that momentarily jars Kit when they start dating. Later, the couple goes to therapy and spends time living apart. That seems to resolve itself, however, when Kit gets diagnosed with cancer and Michael immediately steps in to help. There are some clever narrative gimmicks, like showing flashbacks of Michael’s childhood as a TV sitcom. But ultimately not much happens in two hours. Director Michael Showalter, who also helmed The Big Sick, does the best he can with the material and the emotional moments are sincerely emotional—you will likely cry. But the final moments, as Kit lays dying, are undercut by another gimmick: Michael images the scene as part of a TV show set, causing the audience to lose the tragic heft of what’s happening.

In a year that brought us Fire Island and Bros, Spoiler Alert is welcome addition to a burgeoning collection of gay romantic movies. The couple is nuanced and they feel like real people, making them relatable to any viewer of any sexuality. If only their story were better told, as it was in the original book. Despite the missteps, Aldridge is a breakout star and Field, as usual, generates the film’s emotional core. This is probably best to skip if you have history of helping a loved one through cancer, but for everyone else it’s a solid weekend watch once it hits streaming. 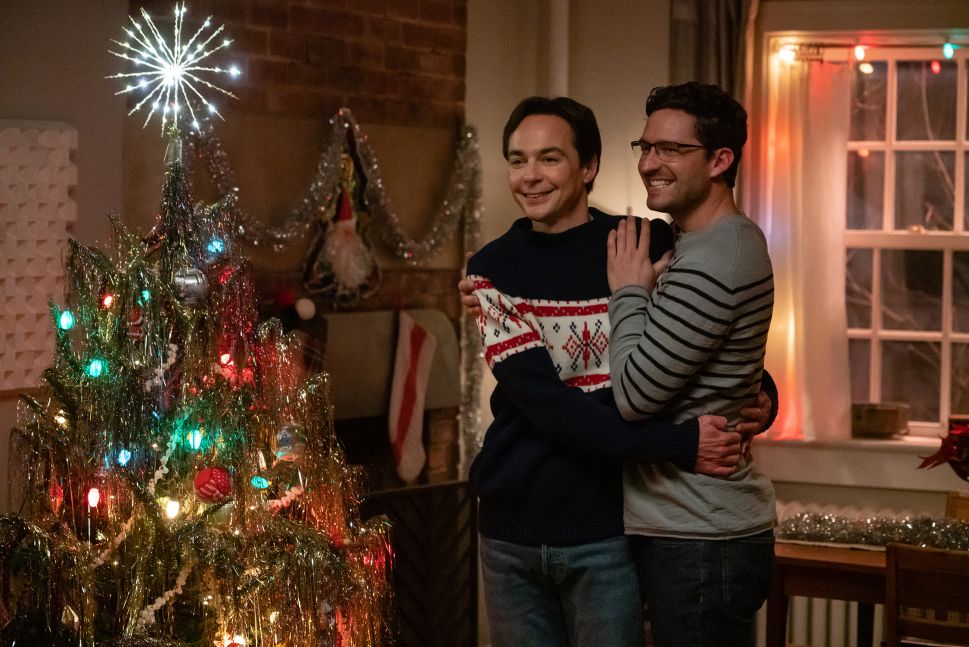