Tesla made the first deliveries of its electric semi-trailer truck, Tesla Semi, to PepsiCo on Dec. 1, five years after the heavy-duty hauler was first unveiled.

At an event announcing the deliveries at Tesla’s Nevada Gigafactory, Tesla CEO Elon Musk boasted the Semi can drive 500 miles on a single charge even when fully loaded with up to 82,000 pounds of cargo.

Musk and Dan Priestley, Tesla’s senior manager for truck engineering, said the Semi’s batteries can be quickly refilled with Tesla’s new “megawatt” ultra-fast chargers, although they didn’t say how long exactly it would take to recharge the truck.

Musk also claimed Tesla Semi can accelerate much faster than a traditional diesel-powered semi truck. At the Dec. 1 event, he played a short video showing a fully loaded Semi speeding up on a highway and passing other trucks.

Tesla is currently manufacturing Semi at a facility near its battery factory in Sparks, Nevada. The company aims to make 50,000 trucks in 2024 at its new factory in Texas, Musk said during an earnings call with analysts in October.

More than a dozen logistics and retail companies in the U.S. and Europe have ordered Semi trucks from Tesla, representing hundreds of millions of dollars in potential revenue.

Tesla Semi was first introduced as a prototype in 2017. Musk originally expected production to start in 2019. That timeline was eventually pushed back to this year after multiple delays. 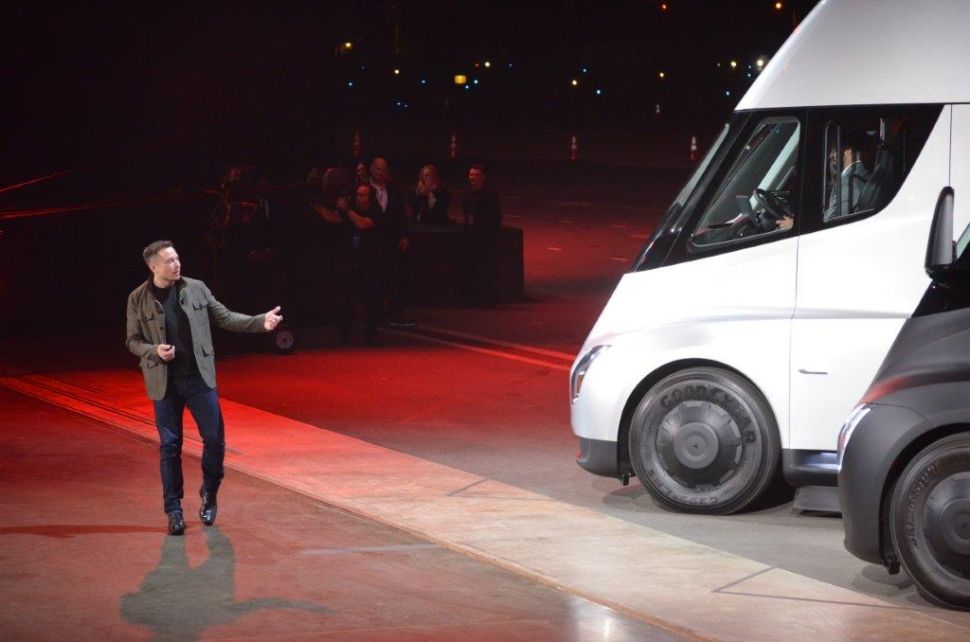