The third and final entry in French writer-director Florian Zeller’s acclaimed trilogy of plays about conflicted family values in perpetual crisis, The Son is a bold, harrowing and unflinchingly sobering film that is admittedly not for every taste, but an unavoidably intelligent piece of filmmaking for mature viewers that I highly recommend.

Its predecessor, The Father, won an Academy Award for Anthony Hopkins, who returns in a much smaller role cut from the same bolt of rough fabric, again playing the hard-boiled family patriarch he’s patented on film, but this time he’s just another perfect cog in a balanced wheel of fraught domestic dynamics headlined by the great team of Hugh Jackman and Laura Dern. For one of the most dazzling and versatile musical dynamos on the stage since Al Jolson, Mr. Jackman, currently starring on Broadway in the smash hit revival of The Music Man, has been deified as a cross between Gene Kelly and Fred Astaire, but on film he’s appeared in so many fiascos that it is a genuine pleasure to finally watch him soar dramatically in a serious movie that showcases him at the top of his range and power. The Son is not a flawless masterpiece either, but it is worth a visit for many reasons, not the least of which is a rare chance to see this dynamic performer in the peak of his career as Peter, a successful New York lawyer who has survived a painful divorce to re-discover domestic bliss with his warm, vibrant new wife Beth (Vanessa Kirby) and their first baby.

But the euphoria crumbles with an urgent distress signal from Peter’s distraught ex-wife Kate (Laura Dern) who is worried about their teenage son Nicholas (Zen McGrath). To Kate’s dismay, Nicholas hasn’t been to school for months and has exhibited alarming signs of mental problems so deep that he can no longer cope. Peter disrupts his newfound happiness to tackle the crisis and finds the son he’s neglected is in worse shape than anyone imagined. Nicholas, on the verge of taking his SATs to prepare his way to college, radiates so much sadness and depression that he’s on the verge of being expelled. Worse, he reveals the cuts and gashes of self-inflicted wounds and suicidal desires to end a life of misery.

Peter and Beth, working hard to make their relatively fresh marriage splinter-free, find themselves submerged in the complexity of relationships Peter thought he had left behind. Taking in the desperate Nicholas to live with them, he is grateful that Beth is coping so well with all of his enigmas, but gratitude is not what a woman, wife and new mother wants. Beth has problems of her own, and so does Kate, who bears the scars of betrayal and desertion Peter inflicted when he left her. Co-authored by director Zeller and the distinguished (and more experienced) screenwriter Christopher Hampton (Atonement, Dangerous Liasons), The Son explores every angle of mental despair with heart-rending compassion and insight, painfully probing contemporary issues of divorce, suicide,  bipolar withdrawal from society, and worse.

The film’s theatrical roots are evident in its structure, character development and dramatic plot shifts, but the total realism on display in all of the detailed performances achieve a balance that is emotionally engrossing. For what many will dismiss as a soap opera on a grand scale, The Son has nuances that are constantly evolving.  Especially in the hypnotic scenes of interpolative authority and eloquence on display in Hugh Jackman’s centerpiece performance. The problem for me is that the movie is so relentlessly downbeat that it’s hard to find a single smile, much less a laugh, to ease the tension. I’m not sure the holiday season is the right time to release a film this gloomy. I admired The Son for many reasons, but I did not go away feeling much Christmas cheer. 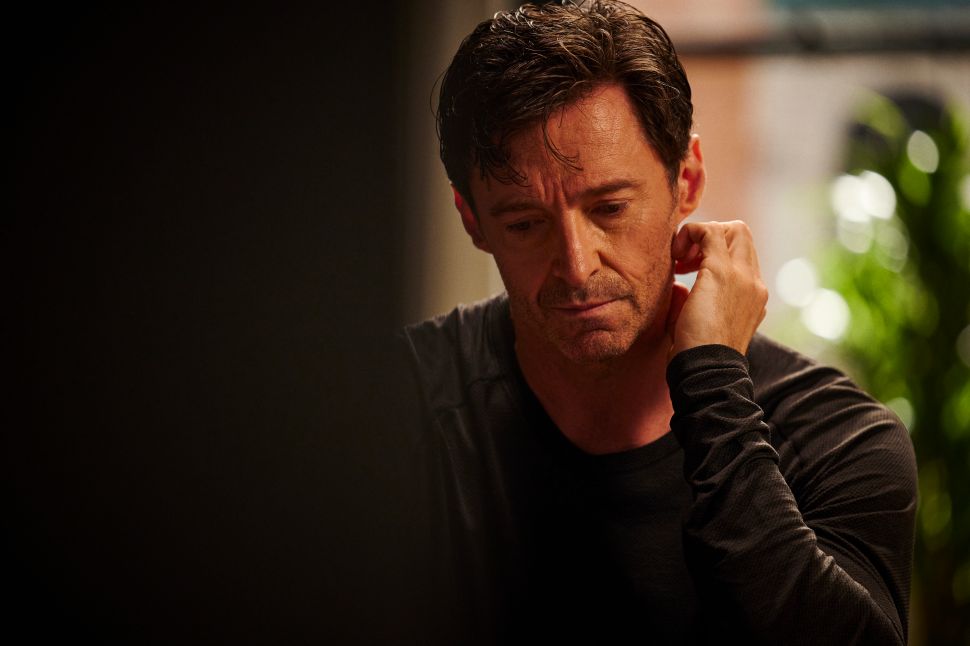