The U.S. House of Representatives passed a bill to avert a rail strike Nov. 30 after President Joe Biden urged Congress to act against the wishes of most union members, who voted against a White House-brokered agreement with U.S. rail operators.

Rail workers looked likely to strike as soon as Dec. 9 over paid sick days, which are not included in the most recent agreement. Currently rail workers don’t receive any paid sick leave, and are penalized for taking time off for events like doctor’s appointments or family emergencies due to points-based attendance systems. The deal House lawmakers voted to impose would give workers three days for routine medical visits without penalization, but not sick days.

The bill is now headed to the Senate, where both party leaders have said they want to pass the legislation quickly. The first week of a rail strike is expected to cost the economy $1 billion, and could cause food and gasoline shortages as well as impede access to safe drinking .

At a time of record profits in the rail industry, it’s unacceptable that rail workers have ZERO guaranteed paid sick days. It’s my intention to block consideration of the rail legislation until a roll call vote occurs on guaranteeing 7 paid sick days to rail workers in America.

Separately, the House passed a bill to add seven days of sick leave to the rail deal, with all but three Republicans voting against it. Some progressives, including Senator Bernie Sanders, an Independent from Vermont, have suggested they won’t vote on the rail deal until the Senate agrees to vote on paid sick leave.

It’s not clear whether the paid sick measure has enough votes to pass in the Senate. 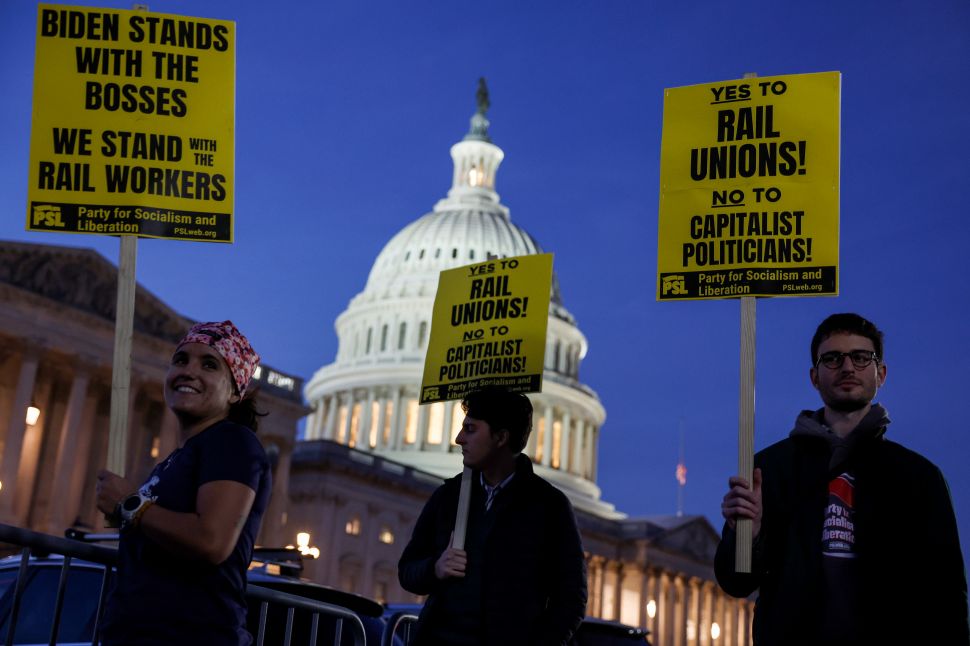