The Wall Street Journal offered its site free today while New York Times employees went on strike. More than 1,100 employees at the Times pledged not to work today (Dec. 8).

Times journalists asked their readers via Twitter not to read the Times today and instead browse local news and listen to public radio. The Journal, which is a Times competitor, lifted its $38.99 per month paywall to its site today only, and it required readers to create accounts before they accessed articles. It also subscribed those who signed up to 10-Point, its daily newsletter, unless they manually opted out. The Journal occasionally lowers its paywall to market itself and get new subscribers.

Competitors of striking companies have come under fire in the past for seemingly profiting off strikes. Uber and Lyft were criticized for continuing to operate in 2017 amid New York’s taxi strike.

Dow Jones, the owner of the Wall Street Journal, declined to comment.

The NewsGuild union represents Times employees. The union contract expired in March 2021, and the groups have reached a deadlock in forming a new contract, disagreeing on raise percentages and in-person office policies. A different union, the Independent Association of Publishers’ Employees, represents Journal employees. 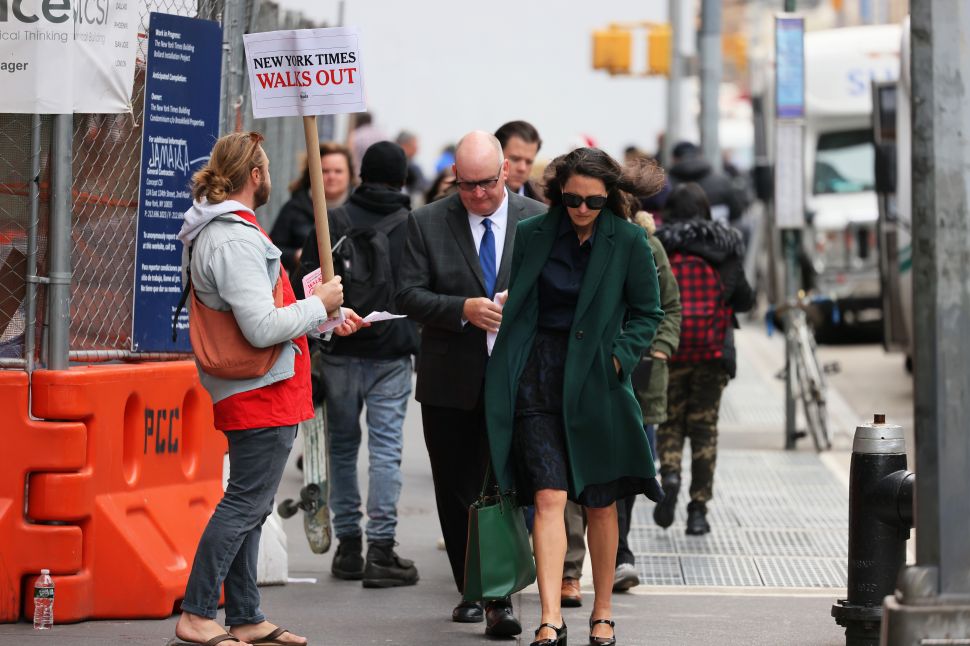