Twitter again suspended the account of rapper Kanye West, also known as Ye, whom Elon Musk said incited violence on the platform. Ye posted an image of a swastika inside the Star of David, a Jewish symbol.

In response to a user saying West needed to be “fixed,” Elon Musk tweeted, “I tried my best. Despite that, he again violated our rule against incitement to violence.”

The image West posted strongly resembles the former symbol of the Raëlians, a UFO-based religion from France. Raëlians have campaigned to “rehabilitate” the swastika, an ancient symbol appropriated by the Nazis. It’s not clear whether West was aware of the image’s history.

West has a long history of temporary suspensions on Twitter. In October, the platform restricted his account for posting anti-Semitic content. Before that, he was temporarily suspended for sharing a post containing a racial epithet and tweeting the phone number of Randall Lane, a Forbes editor.

Musk says he supports free speech on Twitter, as long as it doesn’t break the law or the company’s policies. This week, however, a number of left-leaning Twitter users critical of Musk were banned from the platform before they were reinstated. Twitter’s hateful conduct policy prohibits users from posting hateful imagery and lists the swastika as an example due to its association with a hate group. 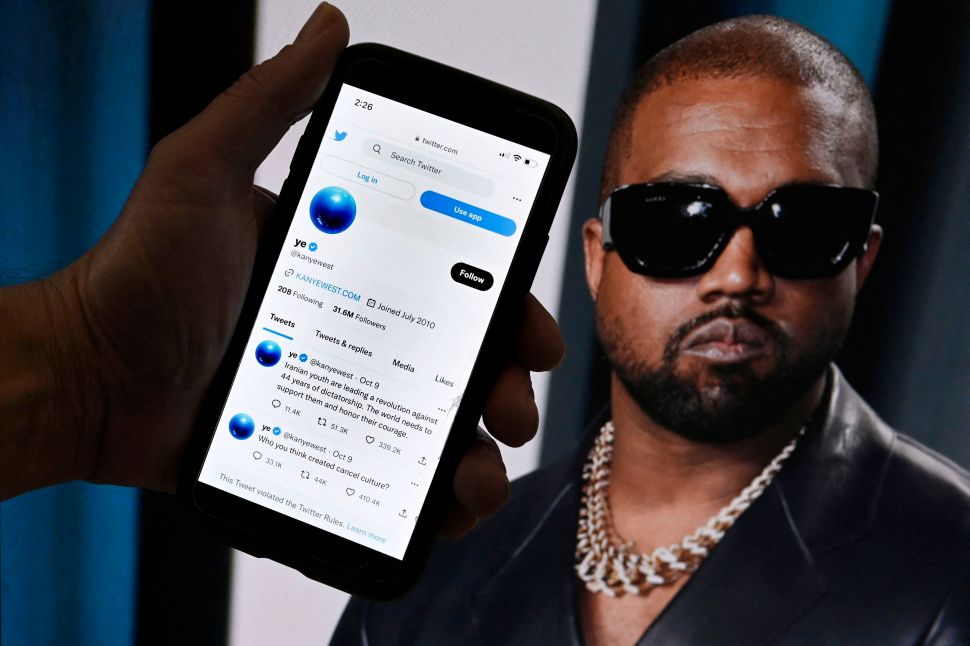