U.S. stock futures dropped today (Dec. 2) after the Bureau of Labor Statistics reported employment grew by 263,000 in November, and  average hourly wages were up 0.6 percent, growing at twice the rate analysts expected. Even as more companies laid off workers, the unemployment rate remained historically low at 3.7 percent last month.

S&P 500 futures dropped by 1.6 percent on the news, while Nasdaq composite futures declined 2.3 percent. The jobs report follows a Nov. 30 statement from Federal Reserve Chair Jerome Powell indicating the agency could slow the pace of interest rate increases this month. The Fed has raised interest rates six times this year in an effort to curb inflation. But the recent jobs report makes a slowdown in rate hikes less likely, as wage growth, coupled with a still-tight labor market, means inflation may persist.

Average hourly earnings were up 5.1 percent in November from the previous year, as employers continued to boost pay in order to meet demand for workers. A recent survey by ZipRecruiter found 43% of employees hired in the past six months received double-digit wage increases.

“Both jobs and wages have considerable momentum, a positive sign for the underlying strength of the U.S. economy,” said Nick Bunker, a labor economist at Indeed, a job search website, in an emailed statement. But he added “these gains don’t seem to be enough to pull more workers into the labor force.” The share of Americans participating in the labor force dropped to 62.1 percent in November and remains lower than pre-pandemic levels, which hovered around 63 percent. 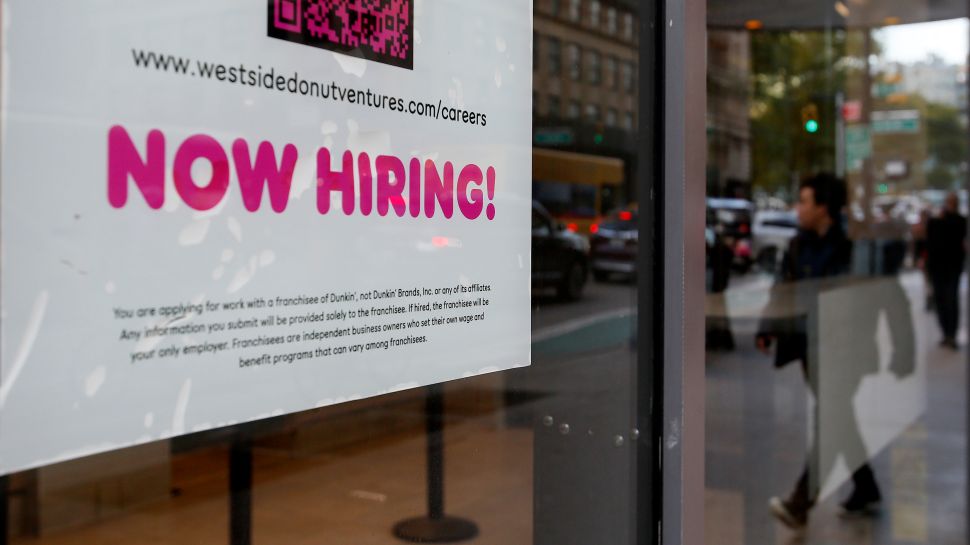