For viewers that love a good mystery and/or thriller, this is the streaming week for you! From spies to inspectors, fraudsters to killers, just about every platform is bringing something tense to the table. Of course, there’s also lighter fare (as well as some that’s hotter and heavier), so there’s plenty to pick from.

Based on the steamy 20th-century novel that was subject to censorship and obscenity trials throughout the world, Lady Chatterley’s Lover promises to be a period piece that’s a bit more Bridgerton than Jane Austen. The film stars Emma Corrin as the titular Lady Chatterley, an aristocratic woman who’s become unsatisfied with her life and marriage after her husband is dealt a life-changing injury during the Great War. She embarks on a scandalous affair with one of the Chatterley estate’s workers (Jack O’Connell), a gamekeeper who is more than game to lie with her. Lady Chatterley’s Lover premieres Friday, December 2nd.

Aubrey Plaza is nothing if not consistent in her choices of weird, intense roles, and Emily the Criminal is no exception. This thriller stars Plaza as a woman with a fairly common problem these days: she’s saddled with college debt, stuck with an impractical degree, and unable to get a real job outside of the food delivery gig economy. But when a coworker introduces her to the world of credit card fraud and black-market resale, things start looking up. Of course, things can’t stay that simple, and Plaza is more than up to the task of carrying this tense, taut movie on her shoulders. Emily the Criminal will be available to stream starting Wednesday, December 7th.

Darby and the Dead

Cross The Sixth Sense with Clueless, and you get Darby and the Dead. This new movie follows Darby, a high school girl whose brush with death at a young age has given her the ability to communicate with the departed. Seeing dead people doesn’t do much for her social life, until the most popular girl in her class dies of a freak hair straightening accident—the stuff of nightmares. Darby finds herself in an unlikely position, what with the Queen Bee now exclusively speaking to her and demanding retribution in the form of an extravagant Sweet 17 party. You know, normal teen movie stuff. Darby and the Dead premieres Friday, December 2nd.

Think Succession but in the world of the cosmetics industry, and you’ve landed on the new series Riches. This six-episode British drama follows the highs and lows of the Richards family after their patriarch passes suddenly, leaving their business empire in disarray. Multiple marriages have left a bevy of Richards siblings to fight for control: estranged children return to usurp the company, leaving the favored family members scrambling to stay on top. They may not be the Roys, but the Richards clearly have the same amount of (if not more) baggage. Riches premieres Friday, December 2nd.

This new mystery takes place in a remote, idyllic town on the edge of Quebec, where a string of murders has put everyone on edge. Alfred Molina stars as Chief Inspector Armand Gamache, an offbeat investigator who’s more than willing to upend the relative peace of the ho-hum town. As he tries to discover who or what is behind these mysterious deaths, the eccentric residents meet him with increasing resistance. Bodies and secrets alike will be unearthed, but somehow the latter is a more frightening possibility for the townspeople. Three Pines premieres Friday, December 2nd.

Where were you when you first heard Rosamund Pike’s iconic six-minute Cool Girl monologue in Gone Girl? If your answer is that you’ve never experienced it, do yourself a favor and spend the next two-and-a-half hours watching one of the most gripping, twisted thrillers of the 21st century. Directed by David Fincher and adapted for the screen by Gillian Flynn (who wrote the original novel), Gone Girl follows the case of Amy Dunne (Pike), a missing woman who many suspect has been killed by her bumbling husband (Ben Affleck). It’s an expertly crafted, edge-of-your-seat type of movie, just as good on its first viewing as it is on its umpteenth. Gone Girl starts streaming at the beginning of the month.

Though its first season only just came out this April, Slow Horses is moving quickly with Season 2. This spy thriller stars Gary Oldman and Jack Lowden as British agents relegated to a branch that’s the laughing stock of MI5. These failed spies are hardly just pencil pushers, though, as the series’ first season centered on the bunch as they became unlikely heroes seeking to foil a nationalist group’s terrorist plot. The second season sees a new mystery unfold, with a retired agent turning up dead from a not-quite-believable heart attack. Season 2 of Slow Horses premieres Friday, December 2nd. 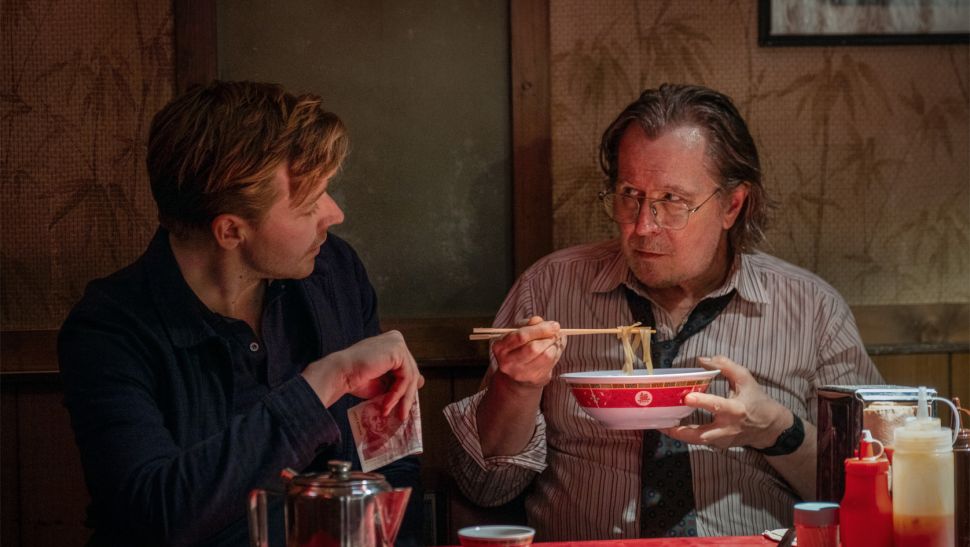