What makes for the perfect holiday movie, you ask? Maybe it’s a murder mystery with a sprawling ensemble cast, or a kid-friendly movie musical. Maybe it’s a sci-fi classic, an animated adventure, or even a spy series. Whatever the best choice is, you can be sure it’s featured on this week’s list.

Glass Onion: A Knives Out Mystery

The much-anticipated sequel to Rian Johnson’s hit murder mystery Knives Out is finally here. Glass Onion: A Knives Out Mystery had a bit of a novel release, lodging itself in theaters for an exclusive one-week period in November before getting locked up in the Netflix safe again. Now, the streaming giant is releasing the newest investigation of Benoit Blanc (Daniel Craig), this time concerning the death of a powerful CEO. Among the suspects are Edward Norton, Janelle Monáe, Kathryn Hahn, Leslie Odom Jr., Dave Bautista, and Kate Hudson. Glass Onion: A Knives Out Mystery premieres on streaming Friday, December 23rd.

A movie adaptation of the stage musical adaptation of the beloved Roald Dahl book, Roald Dahl’s Matilda the Musical is the perfect family movie for those looking to please all ages over the holidays. If you’re unfamiliar with the tale, the titular Matilda is a young girl who’s a whiz at school with a passion for stories and some curious telekinetic powers. However, her parents aren’t great at the parenting thing, so Matilda is sent away to a boarding school of nightmarish proportions, led by the child-hating Miss Trunchbull (Emma Thompson) and assisted by the far sweeter Miss Honey (Lashana Lynch). Roald Dahl’s Matilda the Musical premieres on Christmas.

Released 35 years apart and set 30 years apart, Blade Runner and its sequel Blade Runner 2049 present quite the accomplished science fiction franchise. The first comes from director Ridley Scott, the second from Arrival and Dune’s Denis Villeneuve. The former stars Harrison Ford, the latter Ryan Gosling (and, also, Harrison Ford). Each presents a fascinating (terrifying?) look at the future, with androids, or replicants, populating much of the Earth. The robots’ role in society changes over the years, but the action and violence they’re capable of is gripping no matter what the decade. Blade Runner and Blade Runner 2049 will be available to stream starting Monday, December 26th.

You only have limited time left to watch this limited series on streaming. The Night Manager is a taut, six-episode series based on the novel of the same name by espionage extraordinaire John le Carré. Tom Hiddleston stars as a soldier-turned-luxury hotel manager who gets recruited by the British government to infiltrate the inner circle of a prolific arms dealer. Olivia Colman plays Hiddleston’s government handler, Elizabeth Debicki his all but doomed love interest, and Hugh Laurie gives a villainous performance as the criminal mastermind at the center of it all. The Night Manager streams until Friday, December 30th.

The World Cup may be over, but soccer is forever, especially in the contemporary classic Bend it Like Beckham. Gurinder Chadha directs this sports dramedy, starring Parminder Nagra as Jessminder, a young woman in a traditional British-Indian Sikh family whose love for football gets fully realized when she’s recruited by an interested member of a local amateur team (Keira Knightley). It’s a tale of cultural clashes and football matches, complete with all of the early ‘00s fashion you could possibly dream of. Bend it Like Beckham is available to stream until the end of the month.

Disney’s newest animated adventure comes home just in time for Christmas. A sort of Avatar­-lite in its gorgeous environmental animation, Strange World sees a motley crew of explorers wander through uncharted territory to save their planet. Jake Gyllenhaal voices the aptly-named protagonist Searcher, who discovered his world’s main plant-based power source. When the plants stop packing the punch they’re supposed to, Searcher ventures out with his family (voiced by Gabrielle Union and Jaboukie Young-White) and old pal (Lucy Liu) to get to the bottom of things — literally. The team descends into a massive, mysterious hole in the ground, where a new world awaits them. Strange World premieres on streaming Friday, December 23rd. 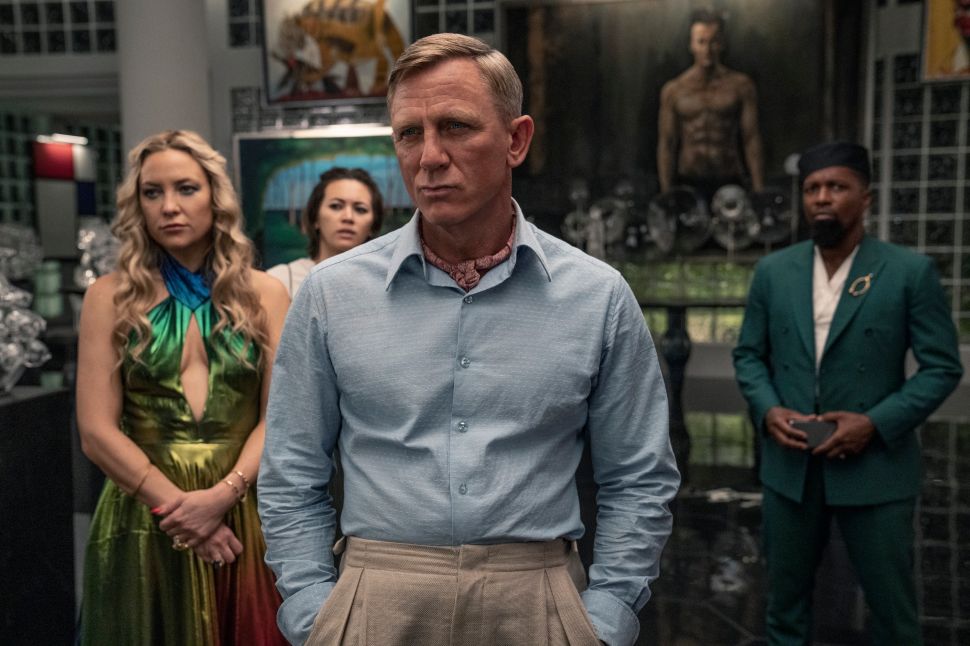