From sharp satires to stirring indie dramas, massive heists to ancient adventures, 2022 is going out with a bang of a binge — and 2023 is starting in the same way. Who needs New Year’s resolutions when you have Netflix?

Adam Driver and Greta Gerwig star in this new film from Noah Baumbach, though White Noise is a bit of a departure from the director’s usual fare. Rather than an original drama, this movie adapts the “unfilmable” novel of the same name by Don DeLillo. In short, this absurdist satirical story concerns a mid-’80s small-town apocalypse. When a train crash on the outskirts of town releases an airborne toxin, Driver and Gerwig’s blended family must evacuate and keep their panic at bay. Though the source material is 40 years old, the film makes clever work of everything from COVID to consumerism. White Noise premieres Friday, December 30th.

This new series has a surprising new conceit in the age of the binge watch: you can view the episodes in any order you like — save for the finale, of course. Kaleidoscope is a new experiment for Netflix, allowing audiences to piece together this non-linear heist story in their own unique ways. The show takes cues from the global hit Money Heist, in that it focuses on a gang of thieves planning to break into a secure vault housing $7 billion. Action, thrills, and betrayals promise to anchor the series across its eight episodes and the many potential orders they can be watched in. Kaleidoscope premieres Sunday, January 1st.

If all of the hype around The Whale has given you a Brendan Fraser itch that needs scratching, fear not! The Mummy, one of the actor’s most beloved movies, streams again this week. This fun adventure flick sees Fraser venture to a mysterious Egyptian city alongside an aspiring Egyptologist (Rachel Weisz) and her brother (John Hannah). There, they face off against a band of treasure hunters, biblical plagues, and even the dead. A blockbuster from before the era of comic-book superheroes and cinematic universes, the movie is the perfect blend of nostalgia and genuine fun. The Mummy starts streaming Sunday, January 1st.

Think of the oddest odd couple you’ve ever seen, and you won’t even begin to crack the surface of the loveable weirdos at the heart of Hal Ashby’s 1971 dark (romantic) comedy, Harold and Maude. Harold is a death-obsessed 19-year-old who would be quite at home in the hallowed halls of a later movie like Heathers, but alas, he’s stranded at home with his socialite mother. Maude is a 79-year-old woman with a zest for life that makes her liable to steal cars and trees with equal verve. When they meet at a stranger’s funeral, they spark a connection for the ages. Harold and Maude streams starting Sunday, January 1st.

Honk for Jesus. Save Your Soul.

Honk for Jesus. Save Your Soul. is a hoot and a half. This mockumentary follows the fall of a megachurch and its royal family following a congregation-rattling scandal. Sterling K. Brown and Regina Hall star as Pastor Lee-Curtis Childs and First Lady Trinitie Childs, respectively, who have asked a film crew to document the comeback of their Southern Baptist church. Of course, their return to religious royalty doesn’t go smoothly: rival churches emerge, former congregates get turned, and their righteous hypocrisy comes back to bite them. Honk for Jesus. Save Your Soul. starts streaming on Amazon Prime Video this Tuesday, January 3rd.

Who says an Irish actress can’t play a Scottish single mom and recent jailbird who dreams of being a country music star? Jessie Buckley takes this complex role in stride in Wild Rose (and provides some top-notch singing, too). Aspiring singer Rose-Lynn has the odds stacked against her, from her prior conviction to her reliance on her mother to care for her own two children in a run-down Glasgow flat, and though she only sort of makes it to the Grand Ole Opry, her story is still one of success. Wild Rose starts streaming Sunday, January 1st.

Nothing can stop the rising star of Anya Taylor-Joy, not even the most pretentious culinary experience ever committed to film. The Menu plays fast and loose with its satirical “eat the rich” mentality, centering around one dinner at Hawthorne, an exclusive island-slash-restaurant whose entire purpose is to serve its upper-class clientele. Everything has been pre-planned perfectly by the head chef (a devilishly perfect Ralph Fiennes), save for the unexpected presence of Taylor-Joy’s Margot. Nicholas Hoult, Hong Chau, and John Leguizamo also cook up some delectable performances. The Menu premieres on streaming Tuesday, January 3rd. 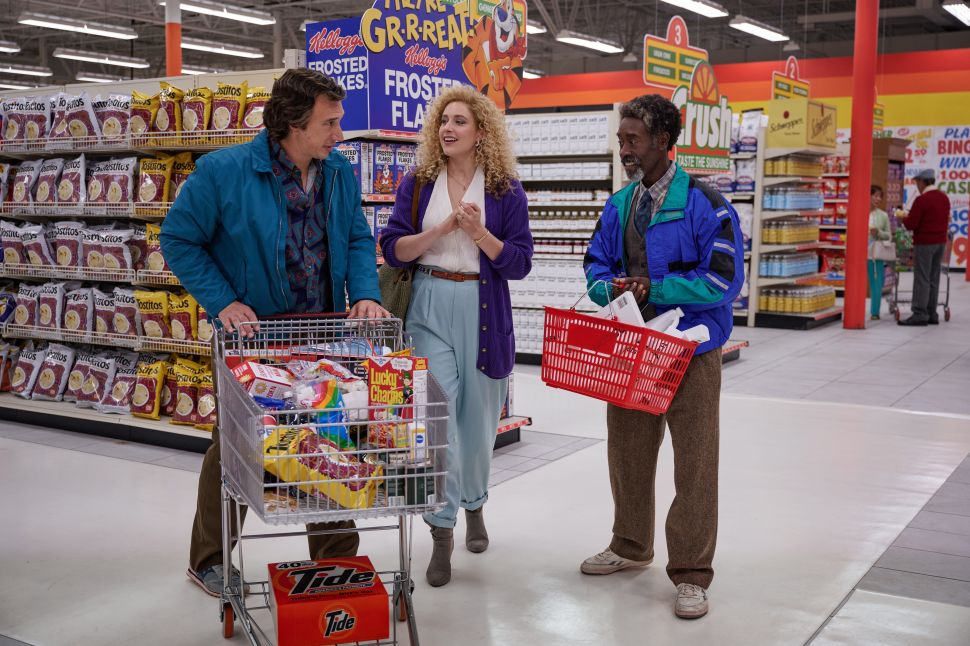