Action adventure, stop-motion animation, creepy horror, and a Christmas rom-com? What a week! From Oscar winners to franchise favorites, streaming platforms are practically bursting at the seams with new titles to watch.

Oscar winner Guillermo del Toro has always had quite the talent for mixing the childlike with the morbid, and no film proves that better than the director’s newest feature, Pinocchio. This adaptation has been a long time coming, having been first announced nearly 15 years ago, but del Toro and his co-director Mark Gustafson have used that time to create a gorgeously intricate stop-motion masterpiece. The story is a bit darker than the Disney version (it takes place in 1930s fascist Italy), but what else would you expect in a del Toro film? Pinocchio premieres Friday, December 9th.

Based on Octavia E. Butler’s best selling 1979 novel of the same name, Kindred tells the story of Dana, a young Black woman hoping to make a life of her own in LA as an author. However, a mysterious force takes her back and forth in time, and Dana emerges in the 19th century, on a plantation with an unnerving connection to her own family history. Intergenerational trauma informs difficult depictions of slavery and American history, and the series’ genre-bending approach to storytelling makes it a must-watch. Kindred premieres Tuesday, December 13th.

Zoey Deutch has been quite busy in 2022, from period thriller The Outfit to social satire Not Okay, so her new rom-com Something from Tiffany’s is the perfect movie to round out the year. Deutch stars as Rachel, a New York City baker with a boyfriend who’s been slacking in their relationship. When he attempts to put a band-aid on things with a swanky gift from Tiffany’s, things don’t go to plan: his gift gets swapped with another man’s, Rachel gets an engagement ring meant for another woman, and she ends up having a chance meeting with the dashing mystery man in question. Sparks fly, and romantic Christmas antics ensue. Something from Tiffany’s premieres Friday, December 9th.

The Black Phone became a bit of an unexpected hit this summer, keeping audiences scared and in their seats at theaters across the country. This horror film takes place in the suburban ‘70s, and children are being picked off the streets one by one by a man only known as “The Grabber.” When a young boy named Finney gets abducted, only the ghosts of the children who came before can save him from the madman. Ethan Hawke gives a killer performance as the serial kidnapper, giving the movie a layer of creepiness few others can aspire to. The Black Phone starts streaming Tuesday, December 13th.

The Banshees of Inisherin

Playwright and filmmaker Martin McDonagh does his best work when he’s able to focus his sharp, dark wit on a small cast of idiosyncratic weirdos. The Banshees of Inisherin lets him do just that. The film follows the rapid dissolution of a longtime friendship between the aggressively well-meaning Pádraic (Colin Farrell) and the brusque Colm (Brendan Gleeson). No matter what Pádraic does to try to win his pal back, Colm stays firm, then threatens to take an absurdly violent route. It’s tragicomedy at its best, aided by some winning supporting performances from Kerry Condon and Barry Keoghan. The Banshees of Inisherin premieres on streaming Tuesday, December 13th.

While the idea of a National Treasure TV show certainly sounds a little silly (how many Declarations of Independence are there to steal, after all), National Treasure: Edge of History provides a new point of view on the franchise. The series centers around Jess, a 20-something DREAMer with a knack for problem solving. When a mysterious clue gets dropped in her lap, she must make her way towards a centuries-old treasure that may just have something to do with her late father. Catherina Zeta-Jones plays the show’s villain, a black-market antiquities dealer, in this high stakes race against the clock. The first two episodes of National Treasure: Edge of History premiere Wednesday, December 14th. 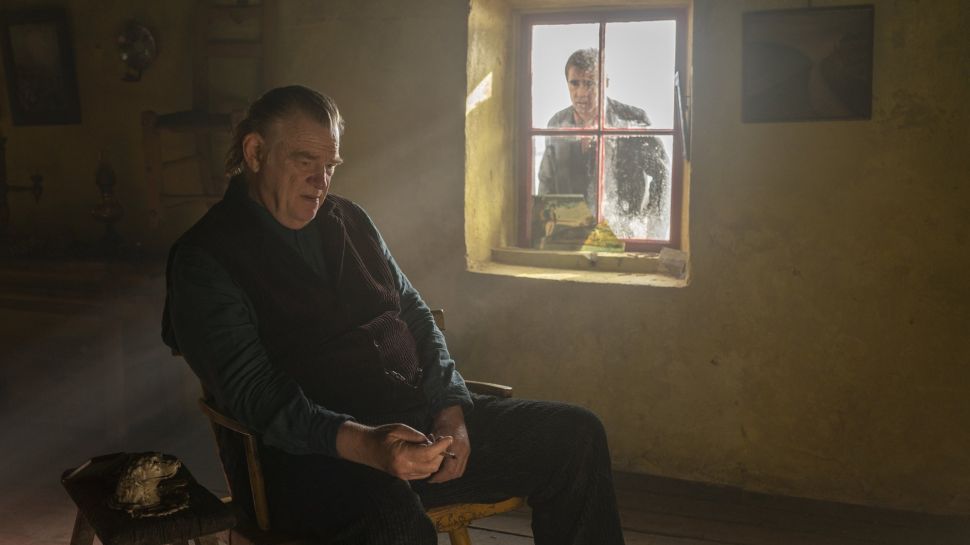