A pre-Knives Out Daniel Craig marathon, a crime thriller pick of the litter, and a haunting ghost story from Guillermo del Toro make up just a few of the titles you need to catch before they say adiós later this month. From Oscar winners to big blockbusters, December gives you plenty of reason to bundle up and fire up the ol’ streaming platforms.

Before her Wonder Woman directing days, Patty Jenkins was best known for Monster. The film stars Charlize Theron in an Oscar-winning role as serial killer Aileen Wuornos, a sex worker who murdered a number of male clients. In a contemporary pop culture obsessed with all things true crime, Monster makes the perfect watch. It highlights the many cracks in the system that people are allowed to slip through and get stuck in, with little opportunity for escape or improvement. It’s a complex look at one of America’s few female serial killers, and Theron’s performance is nothing short of sublime and shocking. Monster streams until Tuesday, December 20th.

Seeing as Glass Onion: A Knives Out Mystery has wrapped up its limited theatrical release and we now have to wait until Christmas for its Netflix premiere, why not prep yourself with Daniel Craig’s most iconic role? Casino Royale marked the Knives Out star’s first outing as James Bond, and he certainly started his tenure in the franchise off with a bang. The film has everything from intercontinental action sequences to an alarmingly high stakes poker game, a new take on the Bond girl in Eva Green to a terrifying villain in Mads Mikkelsen. Casino Royale streams until the end of the month.

The Girl with the Dragon Tattoo

Daniel Craig makes his second appearance on the list with a different kind of mystery, one far darker and far more intense. The Girl with the Dragon Tattoo sees Craig as magazine co-owner and boundary-pushing reporter Mikael Blomkvist, a man who travels to a remote Swedish island to dig into the disappearance of a young woman from decades prior. Rooney Mara joins him as Lisbeth Salander, a brilliant but odd hacker and investigator. David Fincher directs this twisted thriller, which features stellar performances from Christopher Plummer and Stellan Skarsgård. The Girl with the Dragon Tattoo streams until the end of the month.

Odd, idiosyncratic, and entirely original (in spite of what its title may suggest), Adaptation. takes a good, hard look at writer’s block. Directed by Spike Jonze, the film features screenwriter Charlie Kaufman making a self-insert of sorts, with Nicolas Cage starring as both “Charlie Kaufman” and his fictionalized brother, Donald. Just like the real Kaufman, Cage’s Charlie struggles to adapt a non-fiction novel about flower poaching (The Orchid Thief by Susan Orlean), leading to highly meta narrative about the difficulties of storytelling. The film isn’t afraid to make fun of itself and its medium, concluding with a bonkers final act that shows Meryl Streep as Orlean like you’ve never seen her before. Adaptation. streams until the end of the month.

Anya Taylor-Joy and Olivia Cooke are well on their way to becoming household names, from the former’s continued success with last month’s The Menu and the latter’s royal role in House of the Dragon. The two actresses combine forces in Thoroughbreds, a darkly comic thriller that takes place in the bougiest of Connecticut suburbs. Taylor-Joy stars as teen whose domineering stepfather is threatening to send her away to boarding school, and she enlists her emotionless pal (played by Cooke) to help her put an end to his tyranny — through any means necessary. Thoroughbreds streams until the end of the month.

Guillermo del Toro’s long-gestating Pinocchio is just one of the Oscar-winning director’s many forays into tapping children’s tales to create beautiful works of art, and The Devil’s Backbone is one of his earliest and best. The film takes place at an orphanage during the tail end of the Spanish Civil War, one hiding heaps of gold as well as republican sentiments. Of course, political strife isn’t the only force haunting the orphanage and the many children that live within it, as a ghost created by violence and greed seeks retribution. The Devil’s Backbone streams until the end of the month. 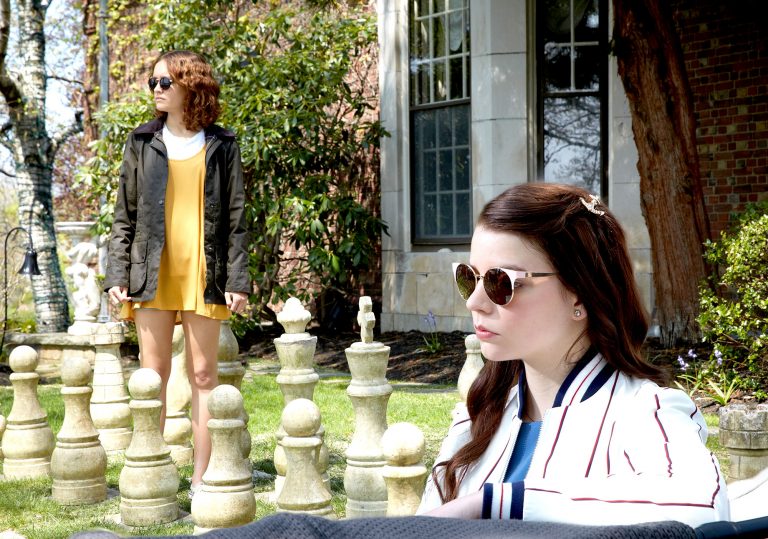