Brittney Griner, an American basketball star held for 10 months in Russia on drug charges, was released today (Dec. 8) in a prisoner swap for arms dealer Viktor Bout, who has been in U.S. custody for 12 years.

A convicted international arms dealer nicknamed “The Merchant of Death,” Bout was described as “one of the world’s most prolific arms dealers” by Eric Holder, a former U.S. Attorney General.

Bout, 55, was born in Soviet-controlled Tajikistan to an auto mechanic and bookkeeper. After travelling around the Soviet Union to play competitive volleyball as a teenager, he spent two years in the Soviet Army and later studied at Moscow’s Military Institute of Foreign Languages, a key recruitment ground for the GRU, Russia’s military intelligence agency.

After the Soviet Union’s dissolution in 1991, Bout launched an air freight company, using obsolete Soviet airplanes to deliver old stockpiles of arms and ammunition to regimes across the globe. He controlled “the largest private fleet of Soviet-era cargo aircraft in the world,” according to the U.S. Treasury, with “the capacity to transport tanks, helicopters and weapons by the tons to virtually any point in the world.”

Bout, who sold arms to both government forces and rebels in countries like Sierra Leone, the Democratic Republic of Congo and Algeria, reportedly fueled conflicts across the world with his profitable weapons business, gaining $50 million from supplying the Taliban in Afghanistan with equipment.

His exploits were the supposed inspiration of 2005 film Lord of War, starring Nicholas Cage. Sanctioned by the U.S. in 2004, Bout was also allegedly a supporter of Charles Taylor, warlord and former Liberian president.

In 2008, a sting operation led to Bout’s arrest in Thailand after he attempted to sell weapons to undercover agents posing as Revolutionary Armed Forces of Colombia (FARC), a since-disbanded group classified as a terrorist organization by the U.S.

Two years later, Bout was extradited to the U.S. and indicted for allegedly conspiring to provide the FARC with weapons in order to target Americans in Colombia. He’s since been held at a U.S. federal penitentiary in Marion, Illinois.

Michael Braun, a former member of the U.S. Drug Enforcement Administration who oversaw Bout’s 2008 arrest, wrote a piece in Foreign Policy earlier this year warning against a possible Bout-for-Griner trade. Bout, believed to be a former GRU officer, is uniquely dangerous, he said

“Trading Bout away wouldn’t just be a slap in the face of the law enforcement officers and operatives who labored to bring Bout down, many of them risking their lives in the process, wrote Braun. “It would also pose a grave threat to the national security of the United States and its allies.”

In addition to further incentivizing Russia and other regimes to take Americans hostage, Bout’s release poses the danger of his return to supplying weapons deliveries to subversive actors in Africa and South America, wrote Braun. “No one in the world appears to be better at this work than Bout.” 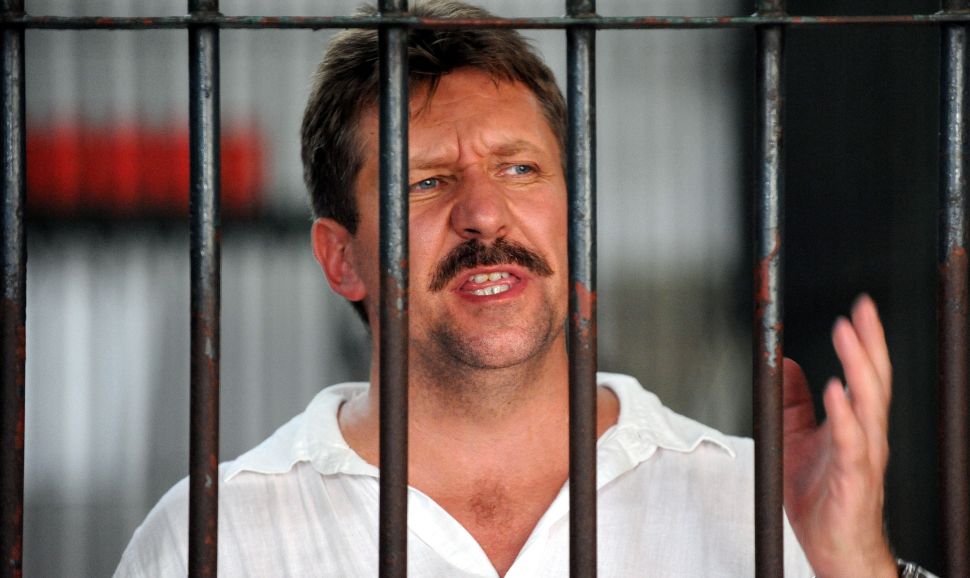