The narrative of Sarah Polley’s Women Talking arrives with a subtle, creeping sense that something is horrible awry. The director, who adapted Miriam Toews’s 2018 novel of the same name, allows the full reality of the situation to emerge gradually, an effective storytelling device that gets under the skin of the viewer. Early on, the audience becomes aware that the women of an isolated Mennonite colony have been repeatedly drugged and raped by the men for years. It’s an unbearable crime, but the details of how and what has been perpetrated is far worse, and it’s through dialogue rather than action that we understand just what has transpired in this community.

Much like a play, the story unfolds as a discussion about what should be done about these violations. A group of women, representing all of the women, gather in the attic of the barn alongside the school teacher, August (Ben Whishaw), who has agreed to take the minutes since the women can’t write. They present three choices: do nothing, stay and fight, or leave. Doing nothing is not an option for most of them. Boundaries have been irrevocably broken and the situation urges action. But the other two options feel imperfect. One means coming face to face with the perpetrators and potentially being punished. The other means leaving loved ones behind. It’s that struggle between the two that drives the conversations—and arguments—in Women Talking.

Each character has her own beliefs and experiences, but they all want the same thing, which is to feel safe. Ona (Rooney Mara) remains optimistic despite what’s happened to her. August loves her, but she is desperate to find a life outside the colony. Salome (Claire Foy) is fiercely protective of her young daughter, a victim of unspeakable acts, while Mariche (Jessie Buckley) has differing opinions on how to keep her family unscathed. Agata (Judith Ivey) and Greta (Sheila McCarthy) stand in as the elder generation, who have been wronged for even longer. Frances McDormand, also a producer, plays a colony leader who is opposed to any discussion of leaving.

Polley’s adaptation, which is remarkably well-paced and deeply compelling, differs slightly from Toews’s novel, which was loosely based on true events that took place in Bolivia’s Manitoba Colony. But at its core the film retains what made the book so interesting. Although these women are uneducated and can’t read or write, they are intelligent and thoughtful. Essential philosophical ideas are discussed, many of which deal with faith and forgiveness The characters are religious in their upbringing, but they are not blinded by belief. They’re willing to consider what that faith should entail. Can the men be forgiven for their crimes? Will the women be left out of heaven if they fail to forgive? What will it ultimately mean if they leave the colony for good?

There is an undeniable sense of empathy embedded in the film. Polley cares for each character and allows each to be part of the dialogue. No one’s viewpoint is wrong and we are allowed to feel why each woman wants what she wants. This empathy translates to the viewer, and by the cathartic ending scenes it’s impossible not to feel real emotion for this fictional community. Female viewers will certainly be more familiar with the issues on hand, although the stakes here are fairly extreme. If male viewers can get past the film’s title, which isn’t its best marketing feature, there is a lot to be gained from the experience of this story. Empathy is best felt when it’s for someone unlike you because it opens a window and offers a new perspective.

It would easy to call Women Talking a #MeToo movie, but it’s a lot more than that. These aren’t trendy conversations; they’re long-held struggles that people of all genders have faced for generations. Instead, Polley asks why people are forced to endure such horrific repression and violence because they are female. The question resonates far beyond the end of the film, although there is no quick answer. 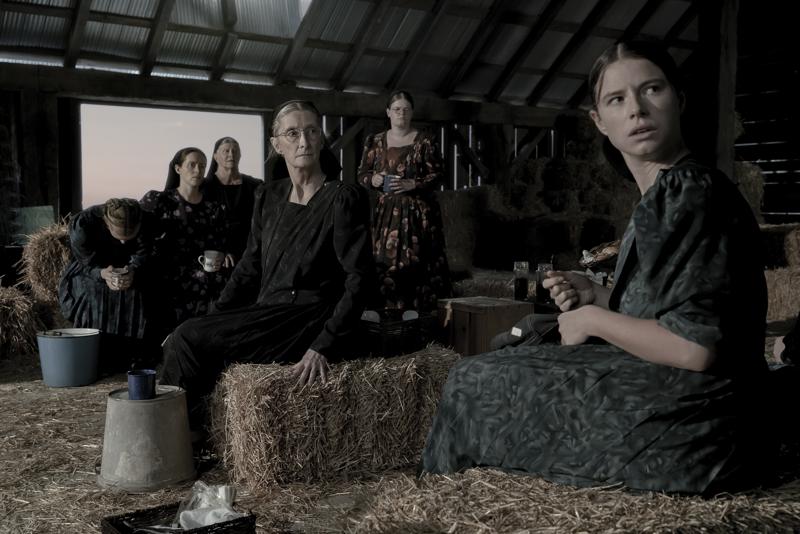